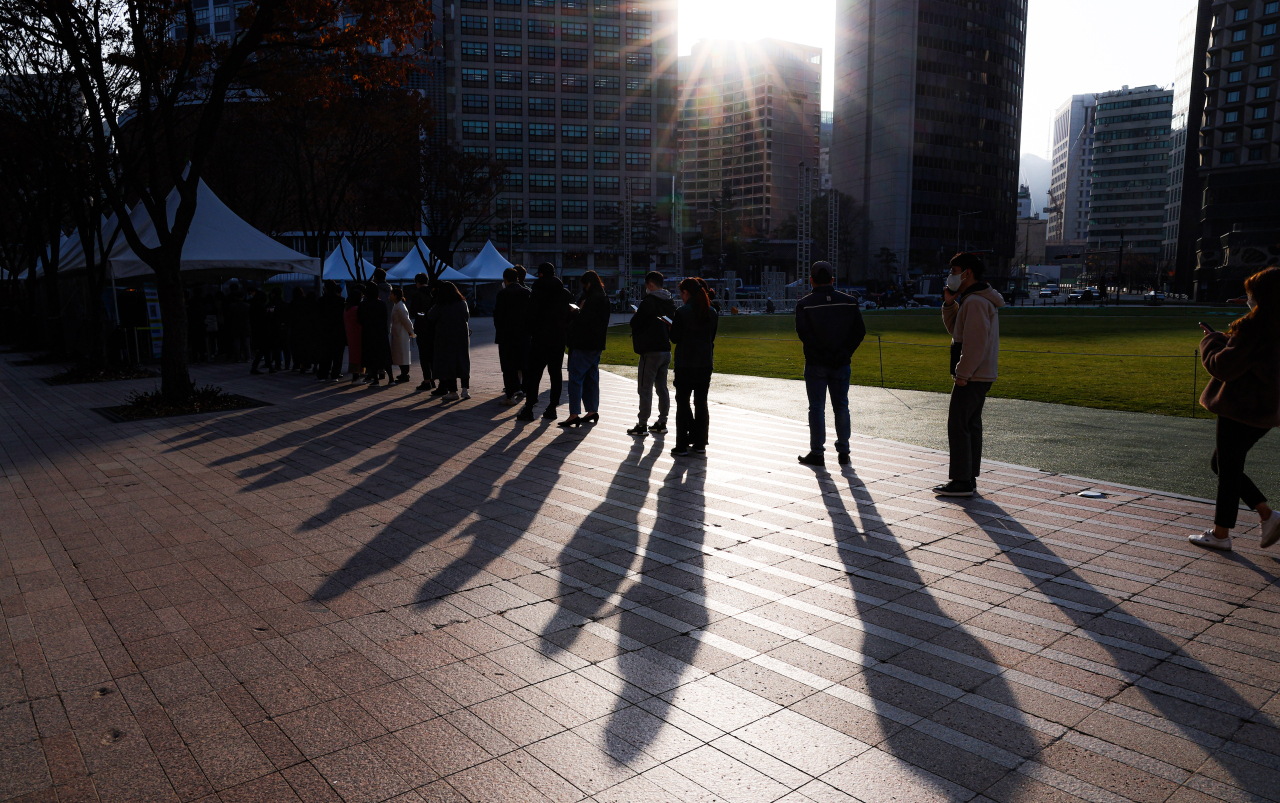 People stand in line to receive coronavirus tests at a screening clinic in Seoul on Thursday. South Korea's new coronavirus cases fell below 4,000 the same day, a day after hitting an all-time high of 4,115. But critical cases and deaths climbed to fresh highs, fueling worries about the virus spread ahead of another pandemic winter. (Yonhap)
South Korea's new coronavirus cases stayed below 4,000 for the second straight day Friday, but critical cases rose to a record high amid worries the virus could quickly spread under eased social distancing rules.

The country reported 3,901 new COVID-19 cases, including 3,882 local infections, raising the total caseload to 432,901, according to the Korea Disease Control and Prevention Agency (KDCA).

The number was down from 3,938 on Thursday. It was also down from 4,115 reported Wednesday, which was the highest since the first case was reported in South Korea in January 2020.

Critically ill patients hit an all-time high of 617, up five from the previous high on Thursday. The country added 39 more deaths from COVID-19, bringing the death toll to 3,440.

Concerns have been growing of an upsurge in infections since the government began easing virus restrictions early this month for a gradual return to pre-pandemic life under the three-phase "living with COVID-19" scheme.

"Just four weeks after we started the move toward normalcy in phases, we are facing the biggest challenge in our fight against COVID-19," Health Minister Kwon Deok-cheol said.

"With the virus spreading fast among senior citizens and sharp increases in critical cases and deaths, the capacity of hospital beds in intensive care units are being pushed to the limit," he said.

The government will announce toughened antivirus measures to contain the spread of the virus Monday, the minister said. (Yonhap)