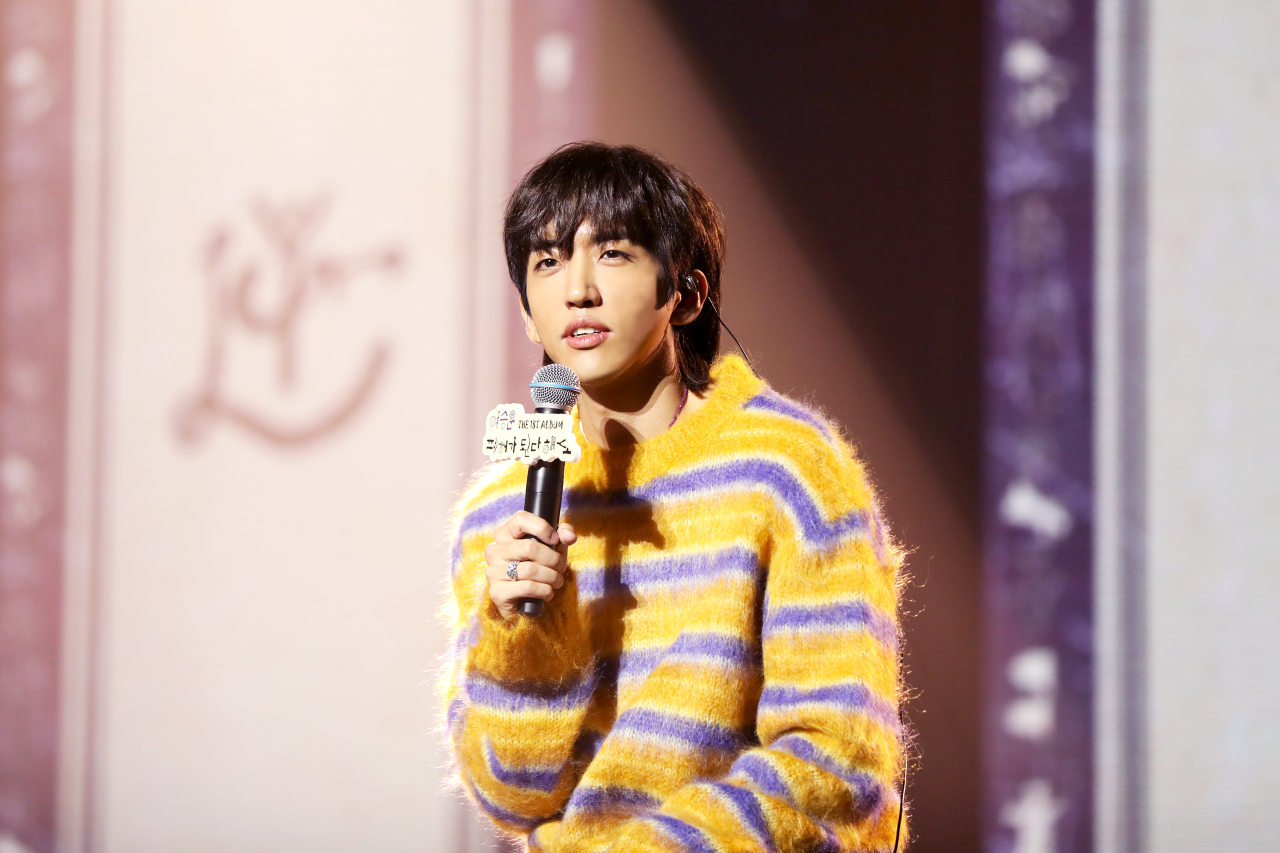 “I would like to be a musician who delivers two messages -- ‘You’re unique in your own way’ and ‘You mean nothing in this vast world’ -- through my songs. ... And this album could be the pinnacle moment of my career into which I put in all my efforts,” Lee said in an online press showcase event ahead of the album’s release at 6 p.m.

With triple lead tracks “Words Befitting One Who Loves Someone,” “Open Your Textbook” and “Even If Things Fall Apart,” the album’s nine tracks written and composed by the artist contain numerous double entendres.

The album talks about precious things in people’s lives that they often discover only in the empty, despairing and gritty moments of their lives. Although people know that invaluable things will one day disappear, they choose to love and cherish them -- in a nutshell, “being sarcastic and dreaming hope,” according to Lee.

The songs were performed three to four years ago at busking events on streets or at underground music venues when Lee was a mostly unknown artist. Since some of his longtime fans already know the songs, he wanted to present an album with nine lead songs. Instead, he spent some eight months working on the new album with triple lead songs.

The artist received much attention after winning the three-month competition show that aired earlier this year.

Praised by the judges as a groundbreaking singer, the show was a life-changing event for Lee. In gaining fame and popularity, he was able to hold his very first showcase and release the first barcoded album in his life, the 32-year-old singer-songwriter said.

Lee Seung-yoon is on a nationwide concert tour with two other top finalists of “Sing Again,” Lee Mu-jin and Jeong Hong-il. The tour wraps up on Dec. 31 in Gwangju.