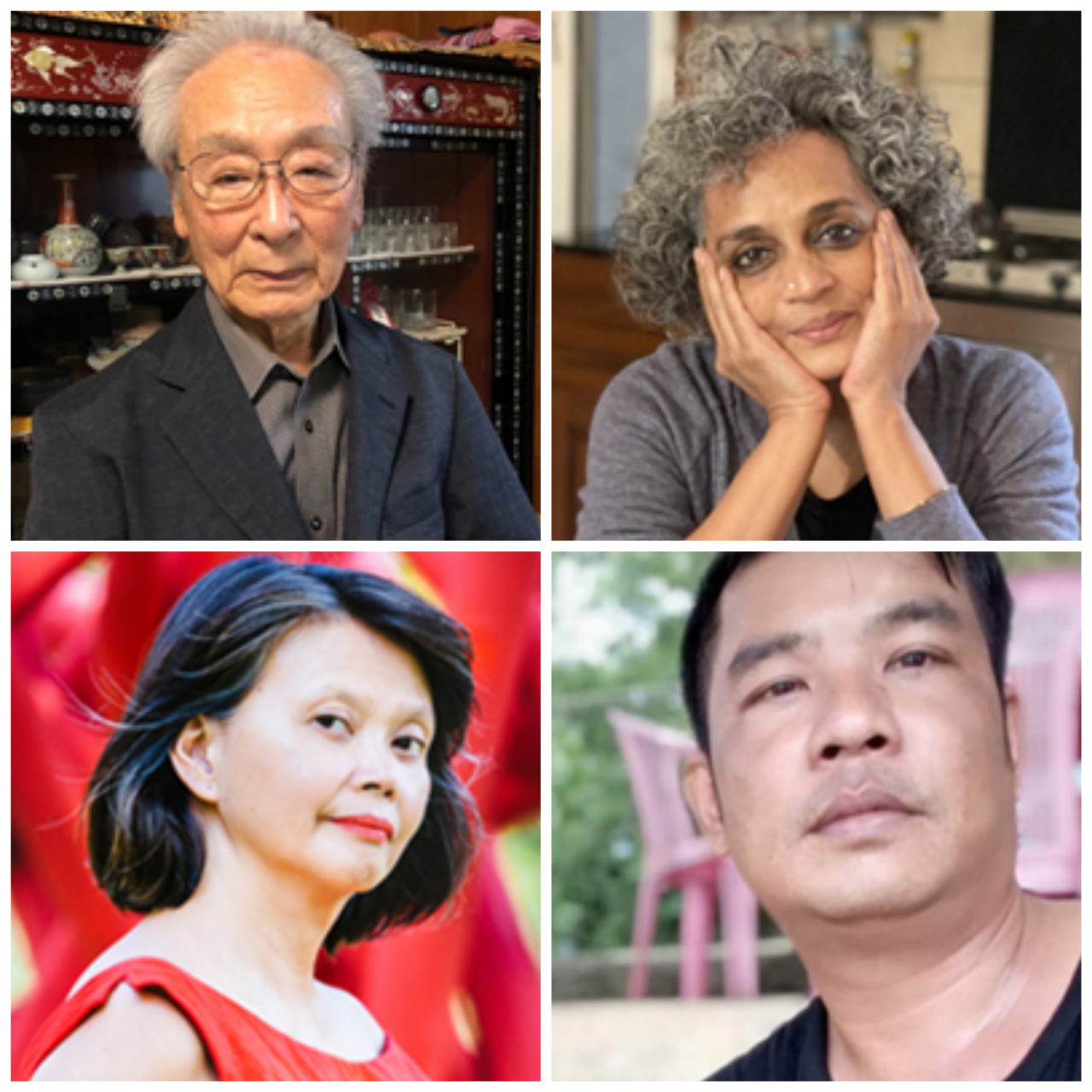 Clockwise from top left: Kim Si-jong, Arundhati Roy, Tinratko and Gina Apostol (ACC)
With an aim to gather Asian literary writers to discuss current and future agendas, the 2021 Asia Literature Forum is set to kick off Wednesday at the Asia Culture Center in Gwangju.

Under the theme “Reading the lives and wounds in Asia,” the six-hour event will be held both at the location and through the ACC’s YouTube channel.

Twelve writers from five countries will participate in the forum, with opening remarks by poet Kim Si-jong. Kim will talk about how language plays a central role in establishing one’s identity, reflecting on his experience as an ethnic Korean in Japan writing in both Korean, his mother tongue, and Japanese.

In the first session, “Immigration, separation and boundary,” Indian novelist Arundhati Roy, who was awarded the 1997 Booker Prize for “The God of Small Things,” will talk about the human tragedies that have bluntly been unveiled by the pandemic. Roy will elaborate on her views concerning how the world should deeply reflect on crimes committed against humanity without guilt during difficult times.

The second session, “Beyond discrimination and hatred,” discusses what can be done -- and the specific role that literature has.

Gina Apostol, a New York-based Filipino novelist, will talk about the Philippine-American War (1899-1902), based on her literary work, “Insurrecto,” published in 2018.

Tinratko, a poet from Myanmar, will introduce a collection of works by poets in Myanmar, with a piece titled, “Myanmar coup crisis and writers’ sacrifice reports.”

The forum precedes the fourth Asian Literature Festival, scheduled to kick off next year, according to the ACC.