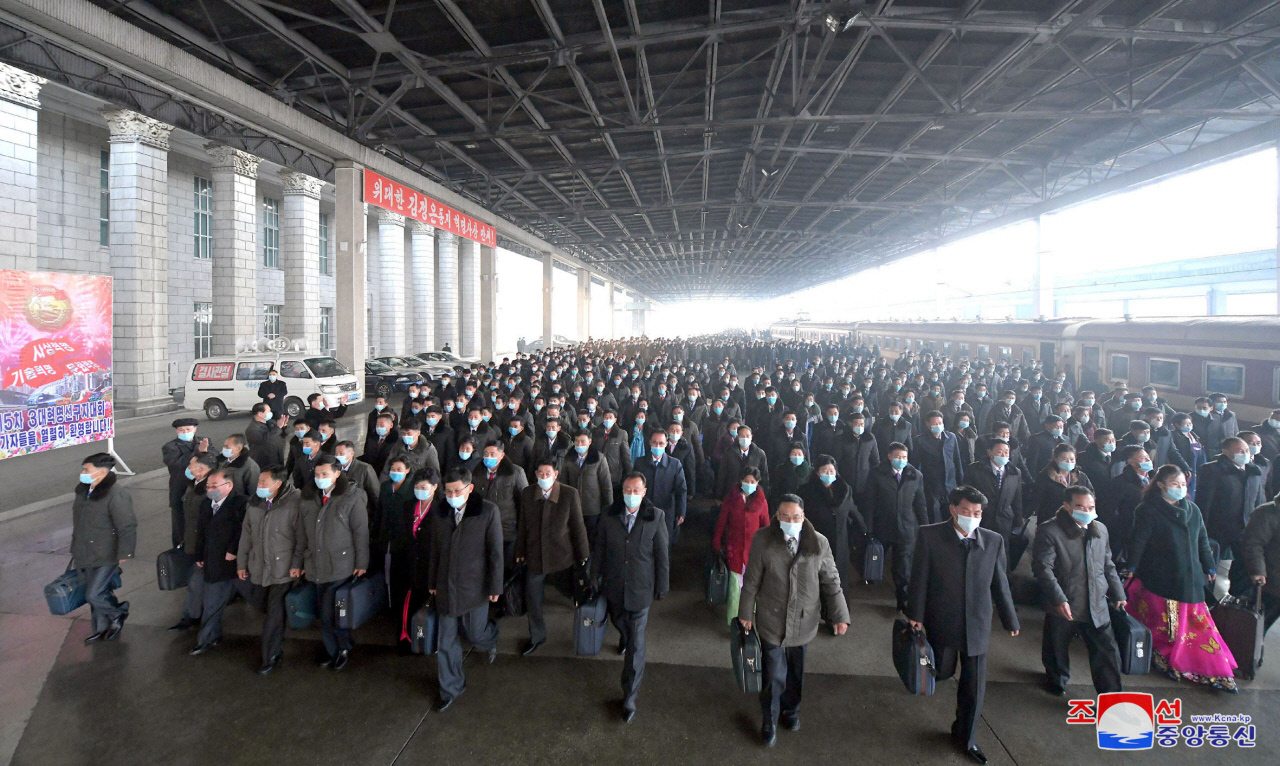 Participants in the 5th Conference of Frontrunners of the Three Revolutions arrive in Pyongyang on Nov. 14, 2021, in this photo. (Korean Central News Agency)
North Korea's state-controlled media tried Thursday to shed light on the past progress made by its "three-revolution" movement aimed at developing its ideology, technology and culture, with preparations under way for a major conference on the movement.

In a detailed report, the Korean Central News Agency (KCNA) highlighted the accomplishments of the "spirit and traits of the three-revolution frontrunners in the 1970s" under the movement initiated by Kim Il-sung, late founder of the country and grandfather of current leader Kim Jong-un.

It cited the six-year national economic plan, adding it led to annual growth of 15.9 percent, as the total industrial output increased 3.8 times, in the 1970s.

On Monday, the KCNA reported participants in the 5th Conference of Frontrunners of the Three Revolutions arrived in Pyongyang, although it did not elaborate on the exact schedule of the event.

This year's conference will be the second of its kind held under Kim Jong-un's rule after the fourth event took place in November 2015. The previous sessions were held in 1986, 1995 and 2006.