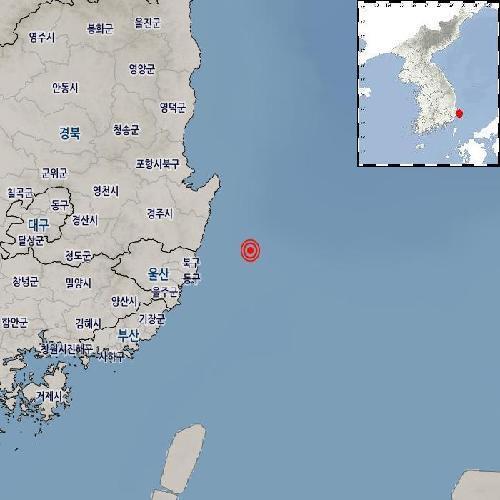 The quake occurred at 1:39 a.m. in waters about 35 kilometers off the city of Ulsan, some 415 km southeast of Seoul, according to the Korea Meteorological Administration (KMA).

The epicenter was at a depth of 19 km, and the quake's tremor was recorded at Level 1 on the seismic intensity scale, which means most people would not have felt it.

According to the KMA, the quake was the fourth strongest to strike the Korean Peninsula to date this year.

The strongest was a 4.0 magnitude earthquake that occurred in waters about 124 km west-southwest of Eocheong Island near Gunsan, some 275 km southwest of Seoul, on Aug. 21.

The KMA said Wednesday's earthquake is not expected to cause any damage. (Yonhap)