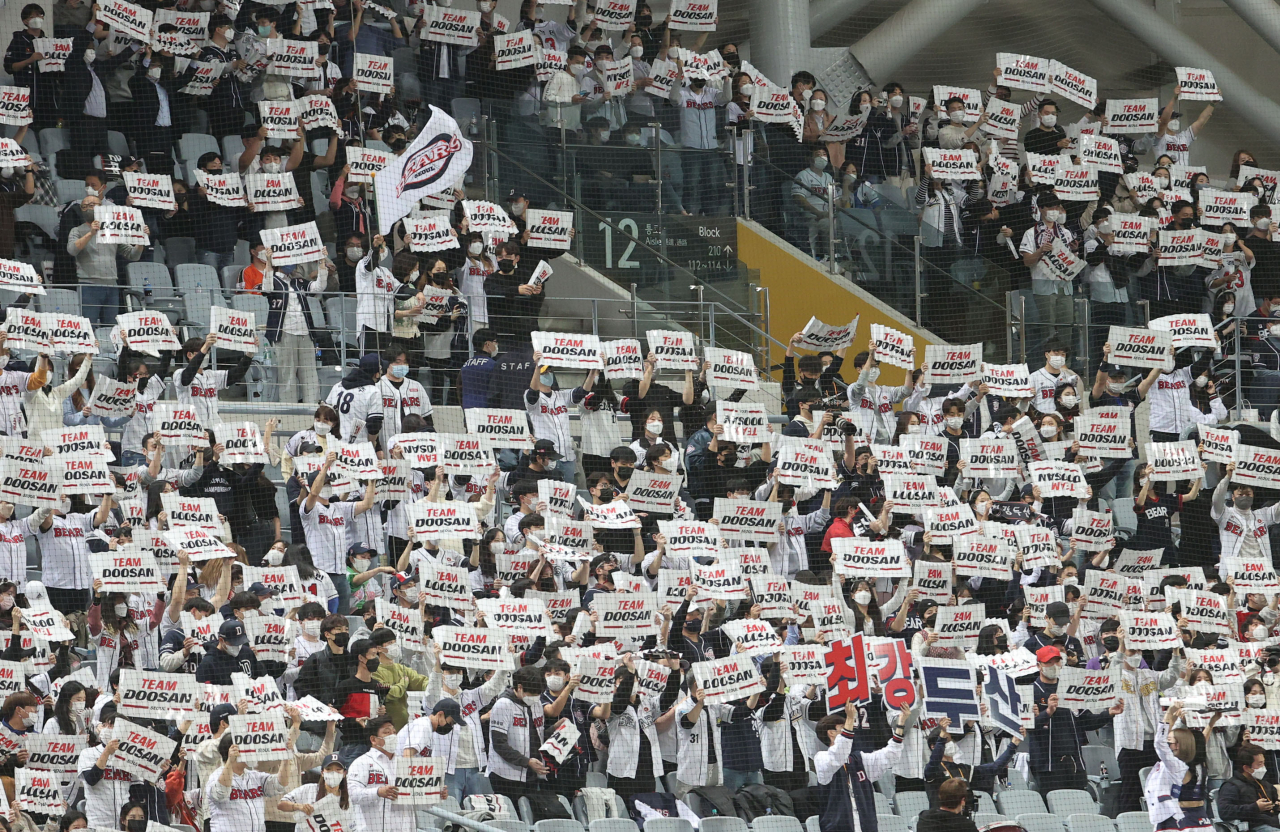 The Bears have dropped the first two games of the best-of-seven set against the KT Wiz. They will have left-hander Ariel Miranda start Game 3 when the series resumes at 6:30 p.m. Wednesday at Gocheok Sky Dome in Seoul.

But it will be a much different version of Miranda than the one the Bears saw during an MVP-worthy regular season.

This will be the first game for the 32-year-old since Oct. 24, when he recorded four strikeouts to set a Korea Baseball Organization (KBO) regular season record with 225 Ks. Miranda also led the league with a 2.33 ERA and finished tied for fourth with 14 wins.

He was shut down for the rest of the regular season and missed the first three stages of the postseason with what the team called shoulder fatigue.

Miranda recovered in time to throw some bullpen sessions before the Korean Series. During a press conference prior to Sunday's Game 1, Miranda pronounced himself fully healthy.

Miranda also said the team hadn't given him an exact pitch count for Game 3, but it's unlikely the Bears will leave him out there for too long. Of his 28 regular season starts, Miranda threw over 100 pitches in 19 times, including four straight in October before his shoulder flared up.

"I think it'll be difficult for me to throw more than 100 pitches," Miranda conceded. "But once the pitch count is set, I'll try to give the team the best result possible within that limit. I will try to throw as many innings as my body allows."

With Miranda on a short leash, the Bears must hope that their battered and bruised bullpen will bounce back for Game 3.

Their two most important relievers this postseason, Lee Young-ha and Hong Geon-hui, have both given up back-breaking hits in the Korean Series: Lee a tiebreaking solo home run to Bae Jung-dae in the seventh inning of Game 1, and Hong a two-run double to Jang Sung-woo that increased the Wiz's lead to 6-0.

This postseason, Lee has thrown 12 2/3 innings in eight games, and Hong has eaten up 7 2/3 innings in five games. A postseason outing takes a bigger mental toll on relievers than a regular season one. All of Doosan's worries about their relievers hitting a wall have materialized.

The Bears' hitters haven't provided much support, though. The same lineup that pounded out 88 hits to score 55 runs in seven games prior to the Korean Series is nowhere to be found. They bounce into four double plays Monday to tie a Korean Series record.

Two batters counted on for production, Park Kun-woo and Yang Suk-hwan, are a combined 0-for-14 with 10 strikeouts in the series.

Yang has looked out of his depth in his first Korean Series. Park is a veteran of seventh straight Korean Series, but he hasn't flipped the script for himself yet. He has a career .326 regular season batting average, the highest mark ever for a right-handed batter with at least 3,000 plate appearances. But the outfielder is batting .164 (19-for-116) in 31 games over seven Korean Series.

Doosan manager Kim Tae-hyoung said he could tell his players were mentally and physically exhausted from the postseason grind but noted no one else can get them out of the mess.

"They've played well to get themselves to this point," Kim said with a wry smile after Monday's loss. "I just hope those same players will have more left in their tank."

Jose Miguel Fernandez has been the only reliable hitter for the Bears. He has gone 5-for-8 this series and is batting .500 (20-for-40) in nine games of postseason. Fernandez, held hitless in just one game this month, sits four hits away from setting a record for most in a single postseason. (Yonhap)