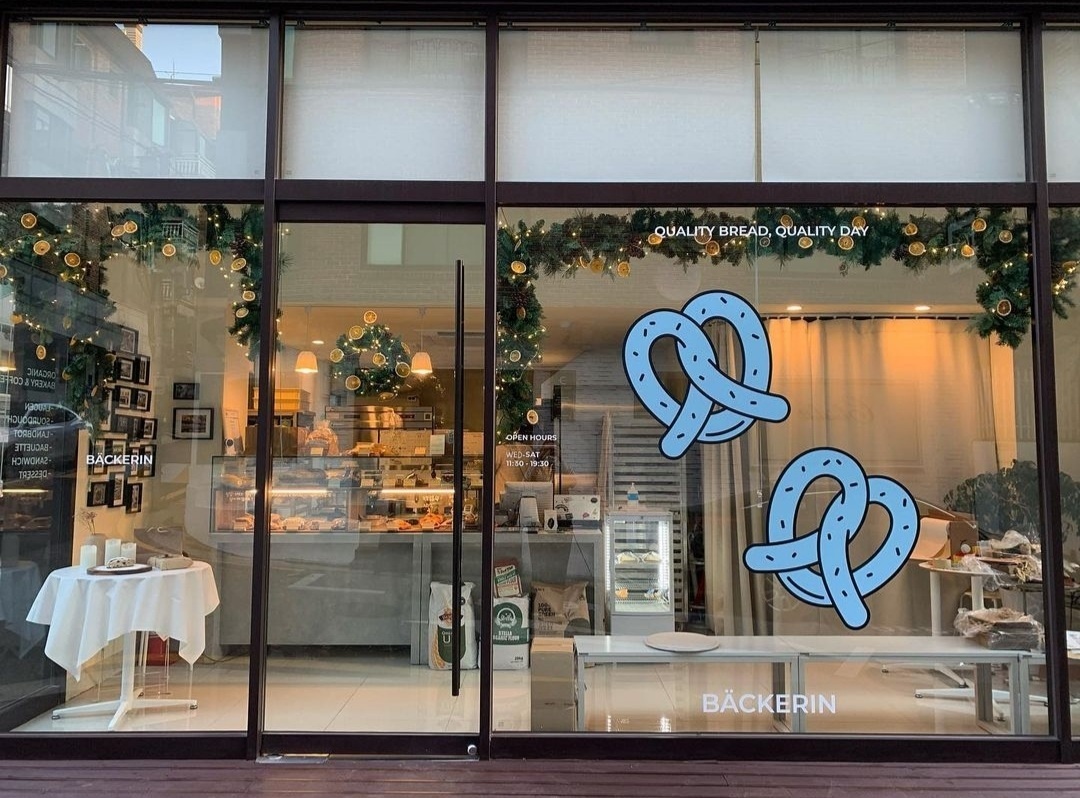 From her small perch, she sold her take on German bread -- several varieties of pretzels and brotchen -- and sweets like her moist mini lemon gugelhupfs.

Even before Lee opened Backerin, she was fond of bread.

“While living in Korea I already loved bread so much I baked bread at home on occasion,” Lee, 30, revealed in an email interview.

Then, in college, Lee went to study abroad in Germany.

“In Germany, I ate bread for meals and as snacks,” Lee recalled.

Her time in Germany stayed with her and after returning to South Korea and graduating, Lee decided to enroll in a national professional school in Germany to study baking.

While studying there, Lee also worked at a bakery. 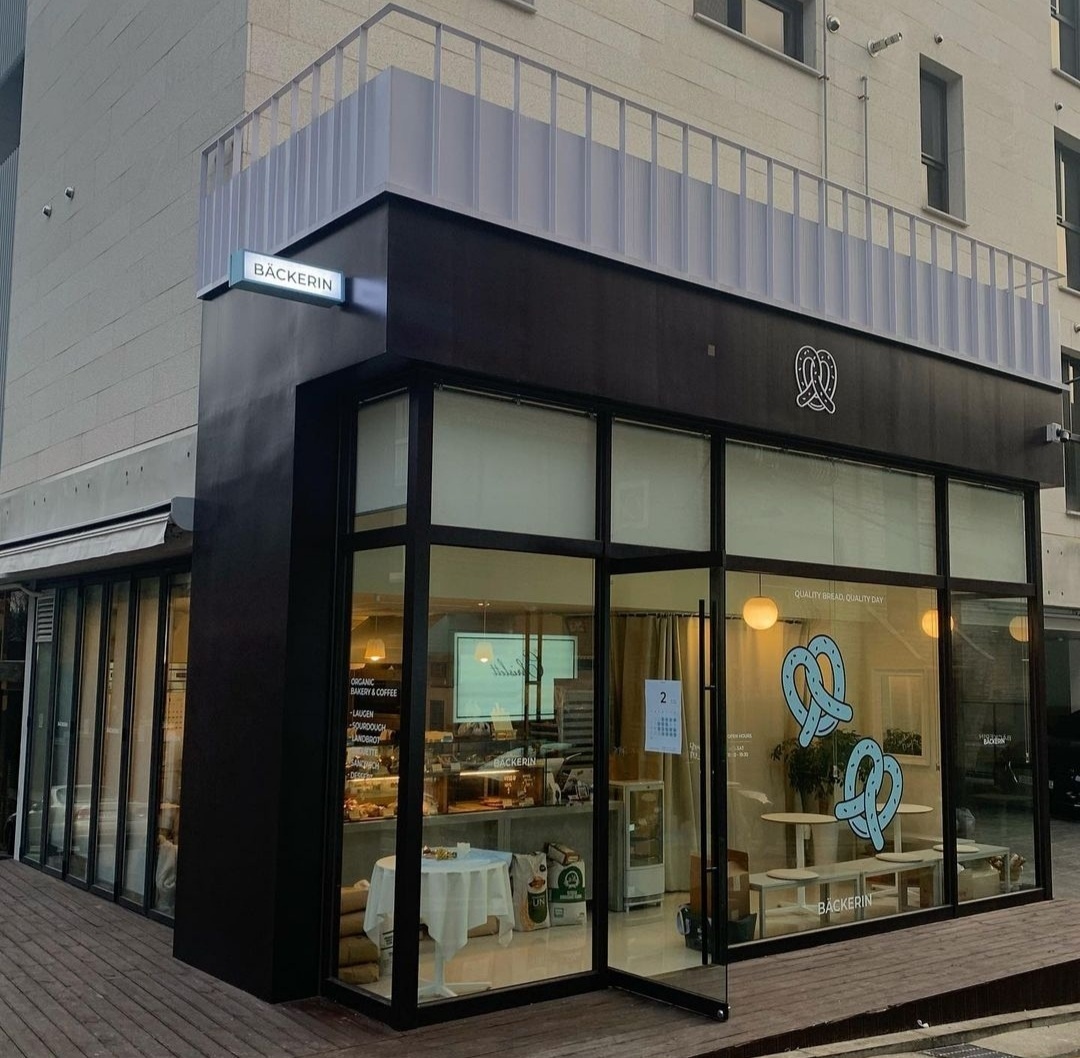 After studying baking in Germany, Lee Ho-kyoung opened Backerin in Seoul’s Samseong-dong in July 2020. (Photo credit: @backerin_seoul)
When Lee came back to Korea she had a clear picture of the place she wanted to open, “a bakery that made tasty sweet and savory breads with honest ingredients like the bread I made for my family and friends.” 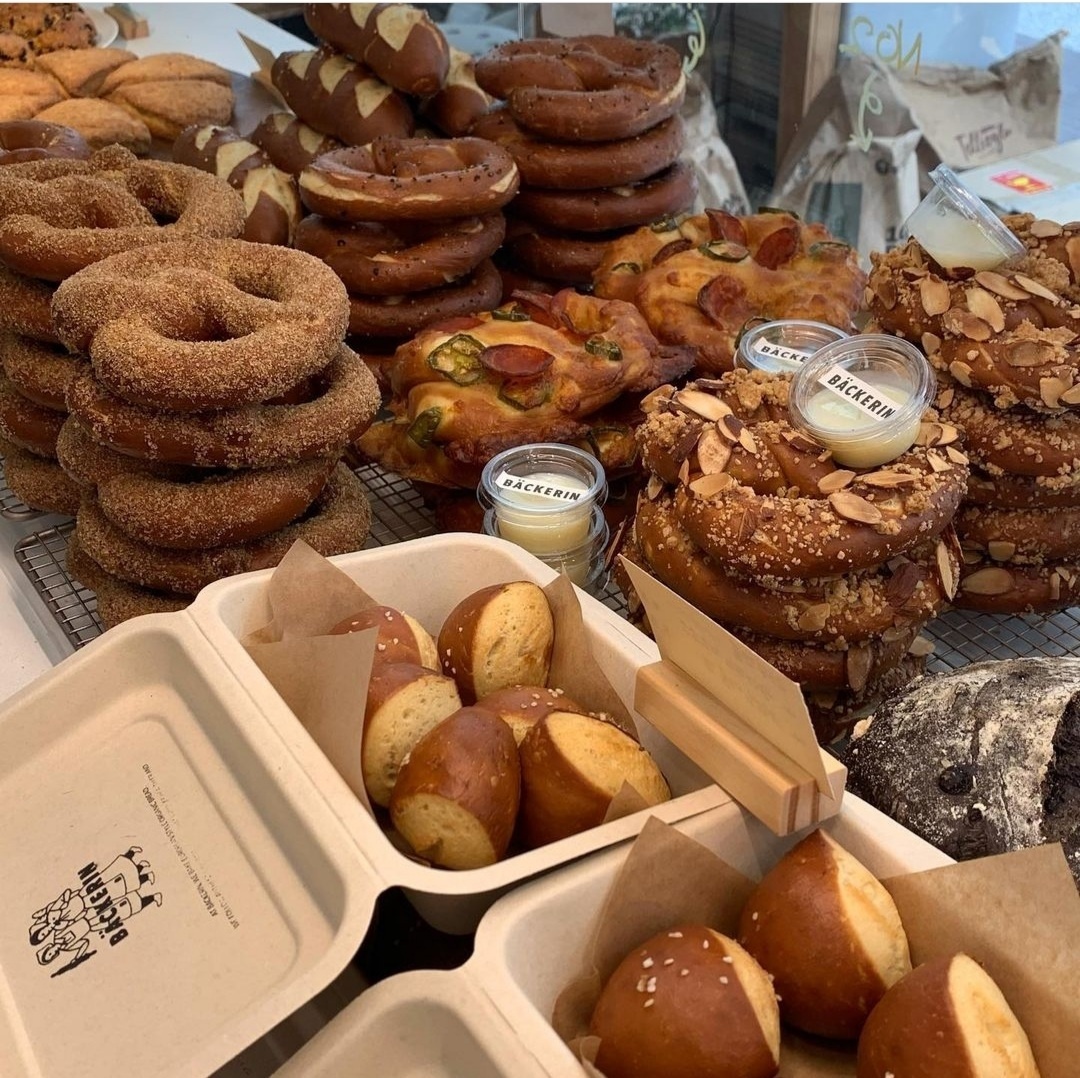 At Backerin, Lee Ho-kyoung sells her take on German bread -- several varieties of pretzels and brotchen -- and sweets like her mini lemon gugelhupfs. (Photo credit: @backerin_seoul)
“I use a German natural butter that is made by using lactic acid to ferment it,” Lee explained.

There is a very homey, down-to-earth vibe at Lee’s bakery, which offers no seating, only a long counter with goodies for carb lovers to snatch up to go.

For instance, on one particular morning, Backerin’s salt butter stangen came fresh out of the oven at a little past 11:30 a.m., shuttled out of the kitchen -- a tray full of warm, soft and chewy crescent rolls with molten nubs of butter nestled in each center. 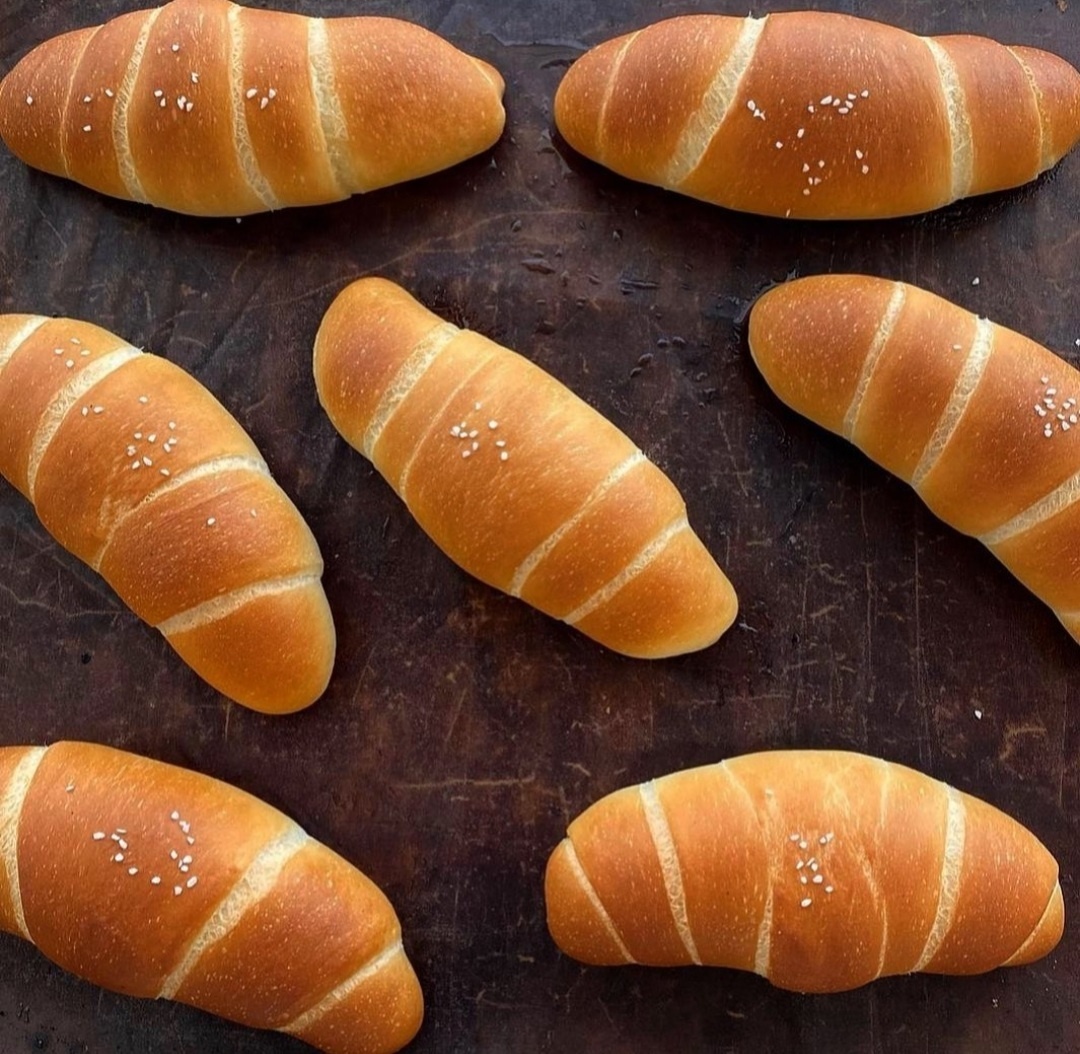 Backerin’s salt butter stangen are warm, soft and chewy crescent rolls with molten nubs of butter nestled in each center. (Photo credit: @backerin_seoul)
When developing her salt butter stangen, which are not traditional, Lee revealed she was inspired by salzstange, a German bread sprinkled with salt that one can enjoy with butter.

“While butter goes into this, it has much less butter in it than a croissant and is light and soft in the inside with a notably chewy texture,” said Lee of her salt butter stangen.

In addition to her salt butter stangen, Lee also bakes a diverse selection of pretzels, including her signature Backerin pretzel, which Lee explained is a German pepper pretzel. 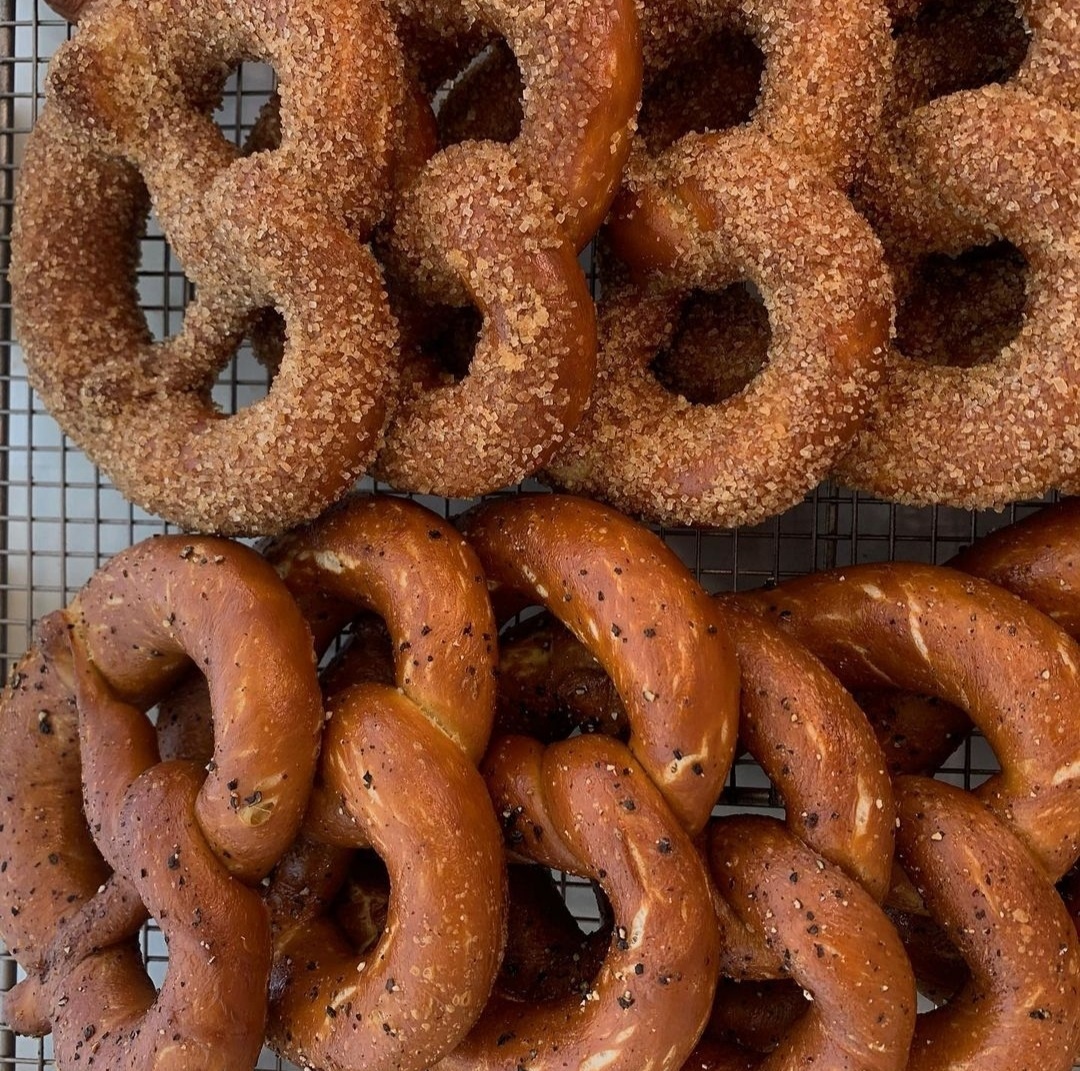 Backerin’s cinnamon pretzels (top) are coated with butter and cinnamon and sugar, while the bakery’s namesake pretzels (bottom) are coated in ground black pepper for a fiery kick. (Photo credit: @backerin_seoul)
“When I was living in Germany, I enjoyed eating those the most and when I came back I couldn’t find a place that sold them,” Lee explained.

Lee says her pepper pretzels are topped with ground black pepper, which gives the pretzels a slight fiery kick.

Indeed, there is a lovely heat to her shiny, burnished Backerin pretzels, which are soft and chewy through the center. 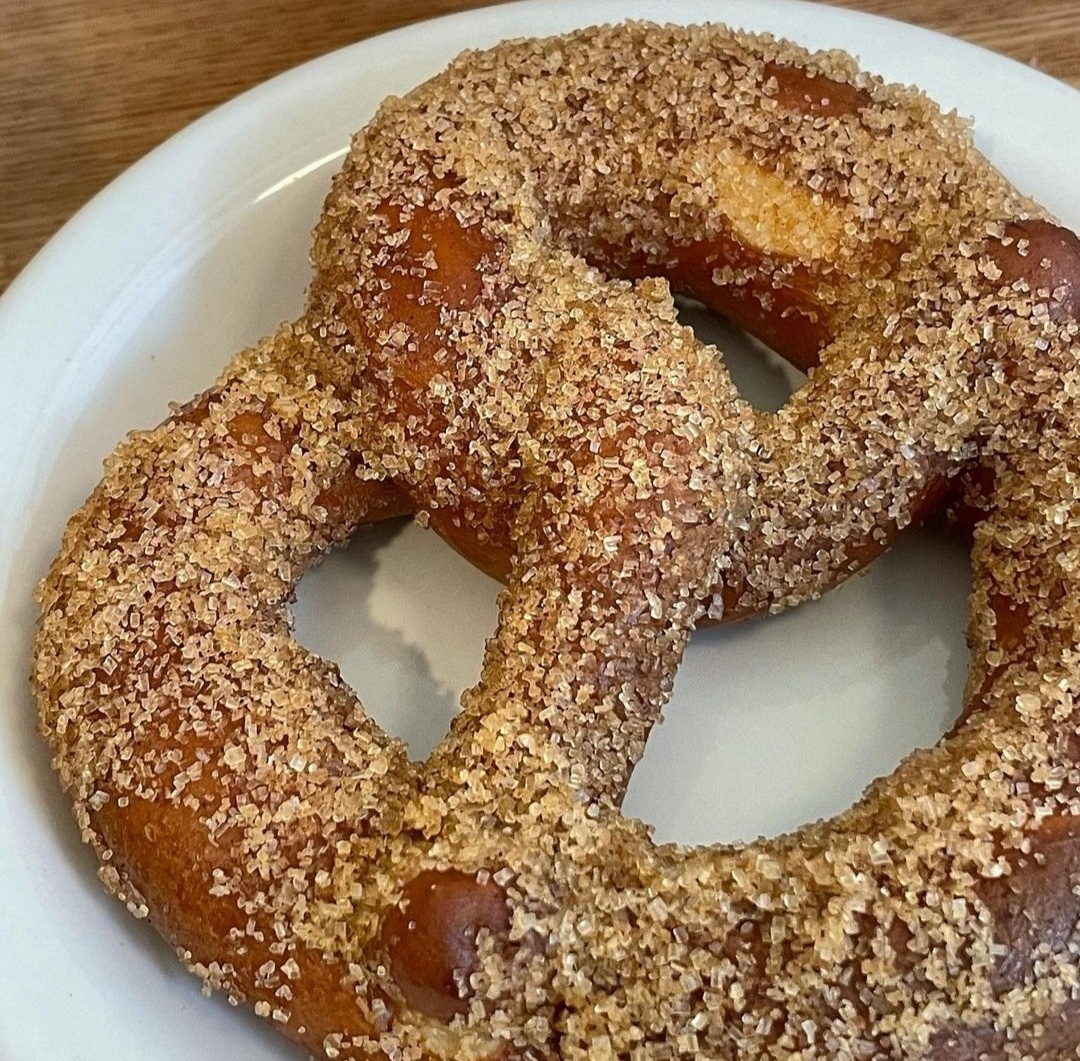 Then there are her brotchen, German bread rolls, with a nice crackly thin crust and soft airy center and her miniature lemon gugelhupf. 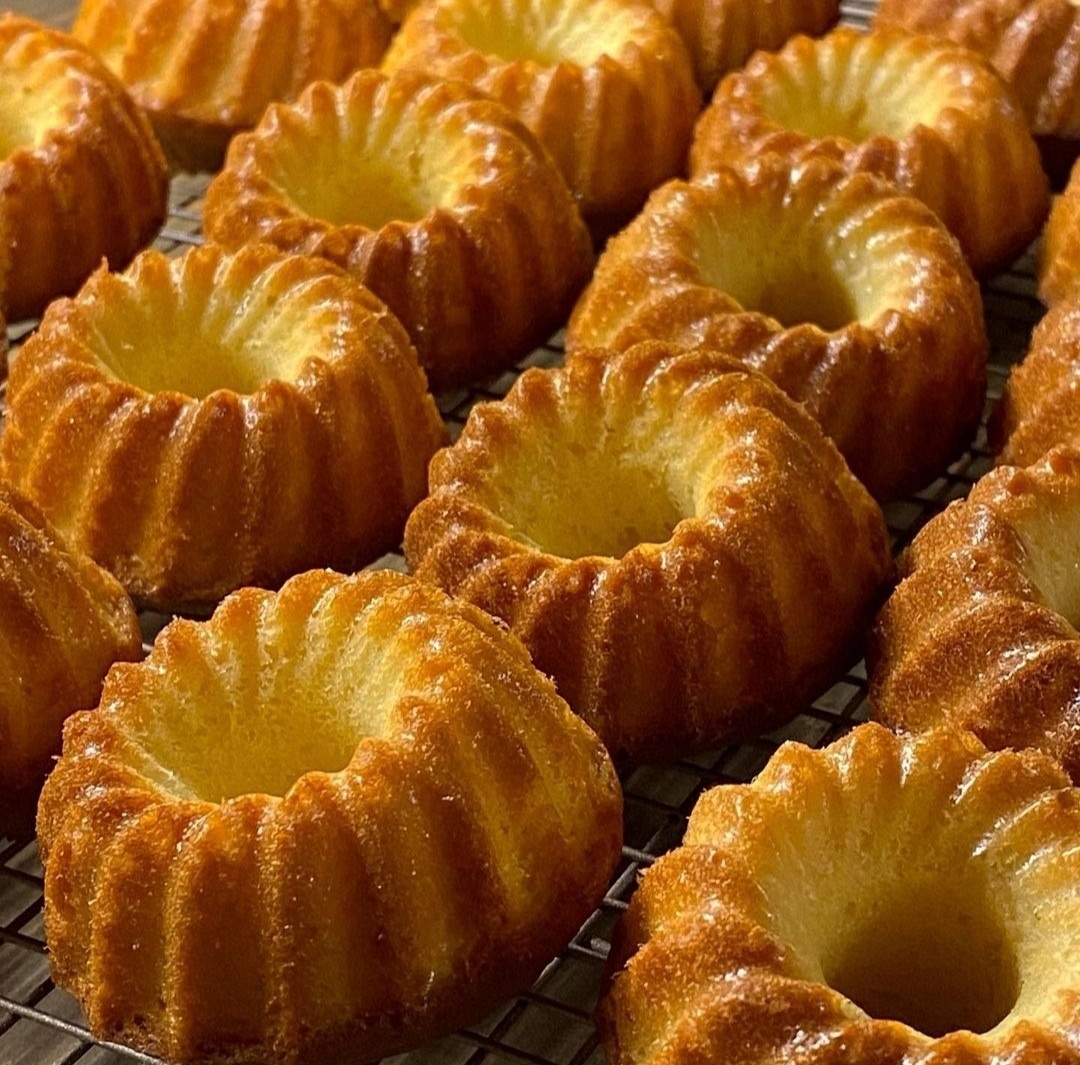 Lee revealed that she infuses the batter for those mini citrus bundt cakes with lemon peel and adds lemon juice to the icing to give her bite-sized cakes their zesty kick. 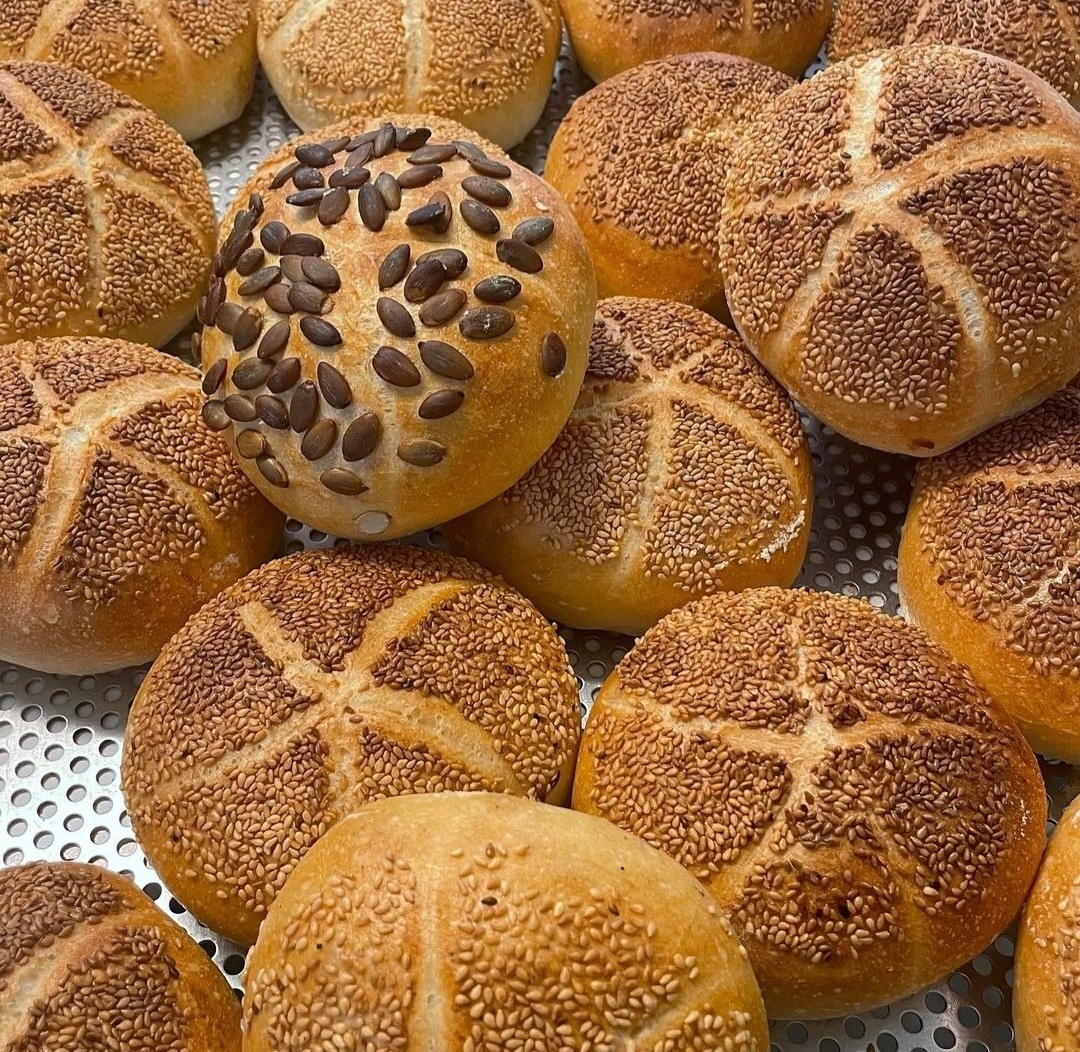