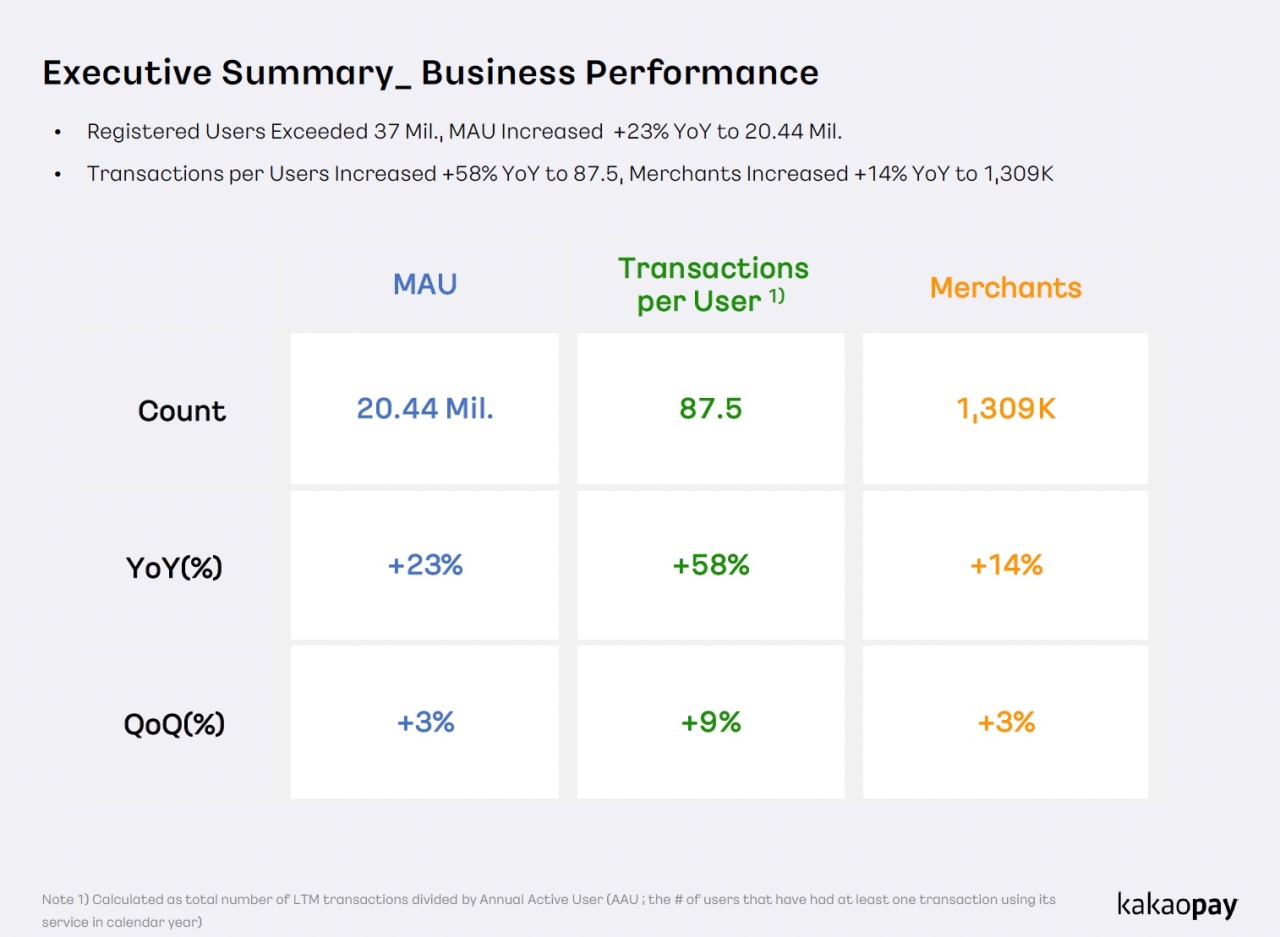 Kakao Pay said Wednesday that it logged a net loss in the third quarter due to increased expenses and investments.

The company’s third-quarter revenue rose 73 percent on-year to 331.2 billion won ($280 million) on the growth of transaction volume and financial business. With an operating loss of 1.01 billion won, however, its net loss came to 1.8 billion won in the July-September period, data from the company showed.

Kakao Pay, the financial technology arm of mobile giant Kakao Corp., said its marketing expenses increased 220 percent in the quarter as it tried to strengthen merchant promotions and invested in the establishment of subsidiaries. The company said its merchant network grew 14 percent on-year to 1.3 million in the aforementioned quarter and will continue to 2 million merchants out of the 2.5 million in South Korea.

The company also paid a one-time expense to establish its brokerage subsidiary, which is expected to officially launch either later this year or early next year.

Founded in 2014, Kakao Pay has accumulated some 36.5 million users, with the number of monthly active users reaching 20 million. It made its stock market debut on Nov. 3.

Each active customer used the platform for 87.5 transactions on average in the same quarter, jumping 58 percent from the same period last year, the company said.

“Currently, we’re still actively making investments to boost traffic volume and user engagement on our platform,” Ryu Young-joon, CEO of Kakao Pay, said during a conference call Wednesday. “I believe that the value of innovation we can present in the future far outweighs the current investment.”