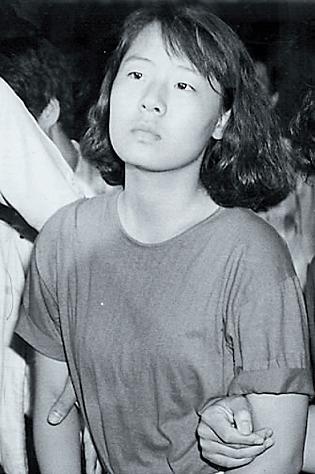 Lim Su-kyung, a member of a pro-unification group of college students, made the trip to attend a youth event in Pyongyang without the government's permission and returned to Seoul through the inter-Korean border village of Panmunjom.

She was arrested upon return and sentenced to five years in prison the following year on charges of violating the National Security Act. She was released on parole two years later and reinstated in 1999 and served as a lawmaker from 2012-16.

The foreign ministry had kept the documents confidential even after the expiration of a 30-year confidentiality period but made them public recently after the Lawyers for Human Rights and Unification of Korea filed a lawsuit seeking their disclosure.

The documents contain records of phone talks and other exchanges between South Korea and North Korea before and after Lim's trip to the North, including a letter sent by the North's Committee for the Peaceful Reunification of the Country to Seoul's then unification minister.

In the letter, the North demanded the unification ministry guarantee the safety of Lim when she returns to South Korea, saying her arrest will "create a grave difficulty in the road to peaceful unification" of the two Koreas and "exacerbate the inter-Korean relations."

The CPRK also called upon the South Korean government to issue a public statement that Lim will not be oppressed or persecuted for visiting Pyongyang. (Yonhap)