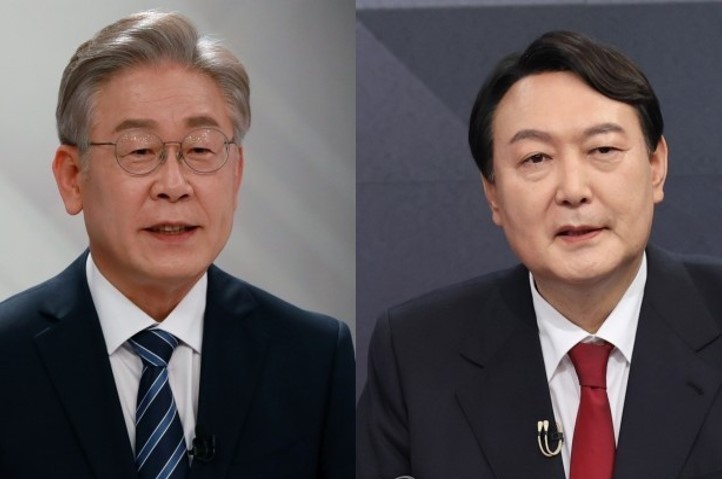 People Power Party presidential candidate Yoon Seok-youl appears to be speeding past his contender, Lee Jae-myung, with various polls placing him more than 10 percentage points ahead.

Support for Lee took a hit, especially among the elderly population and in the wider Seoul area.

The respondents were less convinced that Lee and Rep. Shim would end up working together. Sixty-seven percent of the respondents predicted that the two would not partner up, compared to 8 percent who indicated they would.

Another poll carried out by the Korea Society Opinion Institute between Friday and Saturday also showed Yoon ahead of Lee by more than 10 percentage points in approval. According to a survey of 1,009 people aged 18 or older nationwide, Yoon had 43 percent and Lee 31.2 percent, respectively.

KSOI Director Lee Kang-yoon said, ”As the People Power Party’s race ended, the convention effect was maximized … As competition intensified at the end of the race, it seems to reflect the impact of great attention from supporters temporarily.”