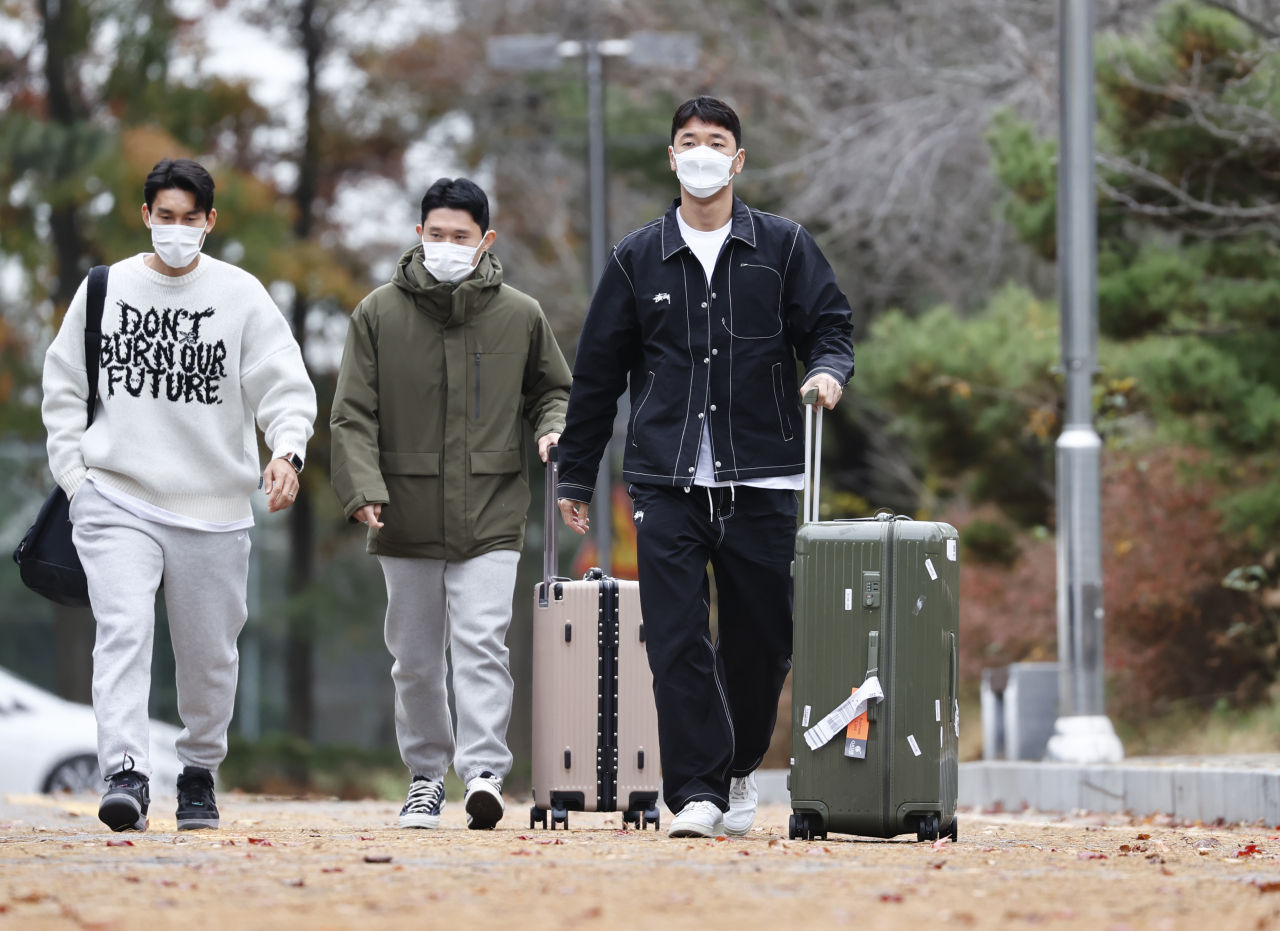 Players reported to the National Football Center (NFC) in Paju, just north of Seoul in Gyeonggi Province, for a three-day camp before they host the United Arab Emirates (UAE) on Thursday. South Korea will then face Iraq on Nov. 16 in Qatar as a neutral venue.

The UAE match will be South Korea's fifth Group A contest in the final round of the Asian qualifying for the 2022 FIFA World Cup in Qatar.

South Korea currently sit second in the group with eight points, two points back of Iran with six matches to play.

The top two nations from each of the two groups will punch their tickets to Qatar. The two third-place teams will meet in a playoff, and the winner will go on to compete in the last-chance intercontinental playoff.

South Korea have played at every World Cup since 1986.

The UAE are winless so far with three draws and one loss, but Bento said last week the UAE will force South Korea to shore up their defense with "very good principles" on offense.

South Korea have 12 wins, five draws and two losses against the UAE so far. Their most recent meeting, a friendly in June 2015, ended in a 3-0 South Korean victory.

South Korea will be without striker Hwang Ui-jo and center back Kim Young-gwon for this month, with both veterans recovering from hamstring and calf injuries, respectively. (Yonhap)