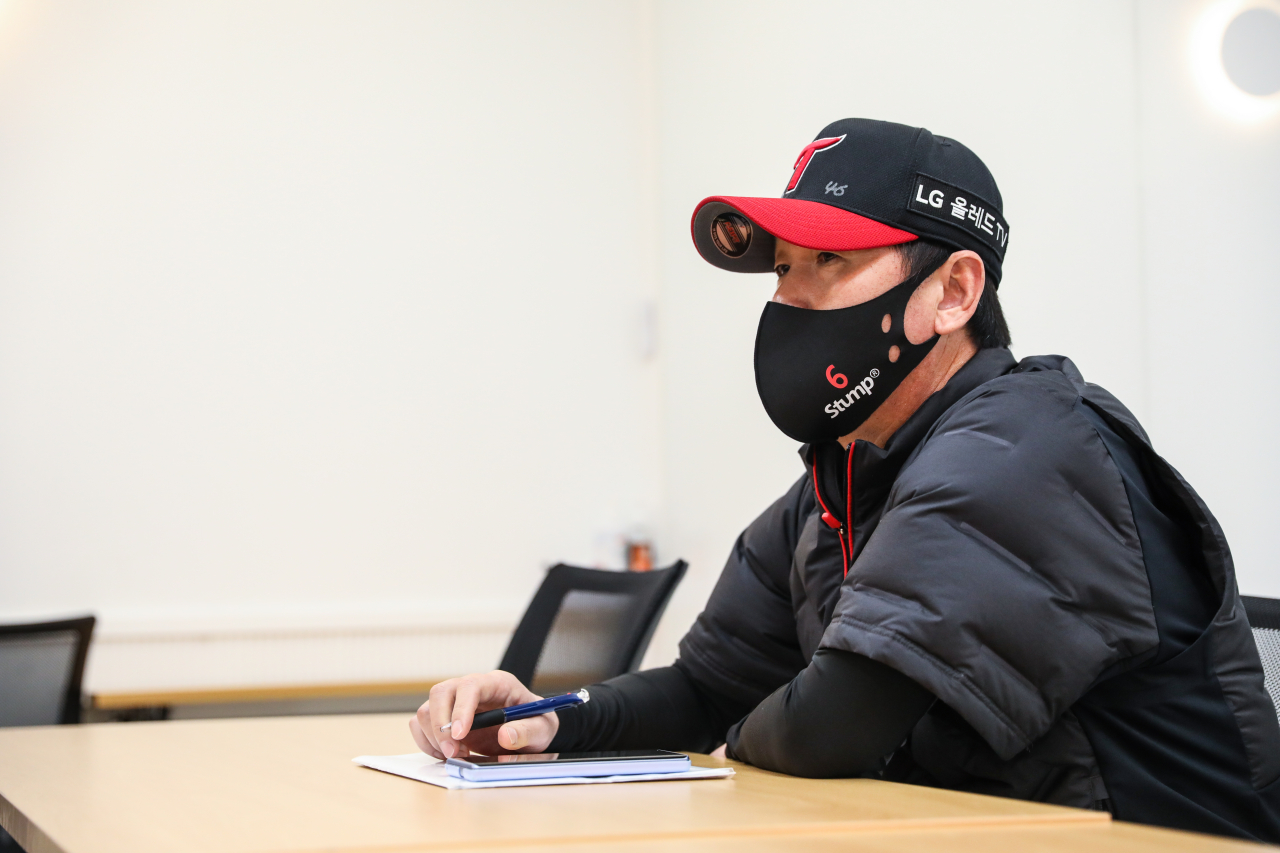 LG Twins manager Ryu Ji-hyun speaks to reporters at Jamsil Baseball Stadium in Seoul on Sunday, ahead of Game 3 of the first round in the Korea Baseball Organization postseason. (Yonhap)
Managers of the two South Korean baseball clubs set up for a win-or-go-home postseason game Sunday said they will take an all-hands-on-deck approach to the final showdown.

The LG Twins and the Doosan Bears are knotted at 1-1 in the best-of-three opening round in the Korea Baseball Organization (KBO) postseason. Game 3 is at Jamsil Baseball Stadium in Seoul, where LG manager Ryu Ji-hyun will have usual starter Andrew Suarez ready to come in at any moment.

"Suarez will be in the bullpen, and we'll see how the game plays out and determine when he will enter the game," Ryu said at his pregame press conference. Suarez started the first game of the series Thursday and threw 83 pitches in a no-decision.

"We won't have any pitch count on him," Ryu said. "Our coaching staff talked this over with Suarez, and he said he was all ready to jump in."

The Twins will start Im Chan-kyu, who struggled to a 1-8 record in 17 regular season starts.

The Bears, whose starting rotation has been decimated by injuries, will also keep their starter, Kim Min-gyu, on a short leash.

Doosan manager Kim Tae-hyoung said he could go to the bullpen by as early as the third inning.

"If Kim Min-gyu can keep us in the game for the first couple of innings, we'll have our bullpen going from the third," the manager said. Right-hander Lee Young-ha, a converted starter who can eat up innings out of the bullpen, is the prime candidate to be the first reliever.

After taking the first game 5-1, the Bears dropped the next one 9-3. The one silver lining from the loss was that the Bears saved most of their key relievers.

"We didn't have our best relievers out there in the second game," Kim said of the big loss. "Once we have our big arms, things will be different." (Yonhap)