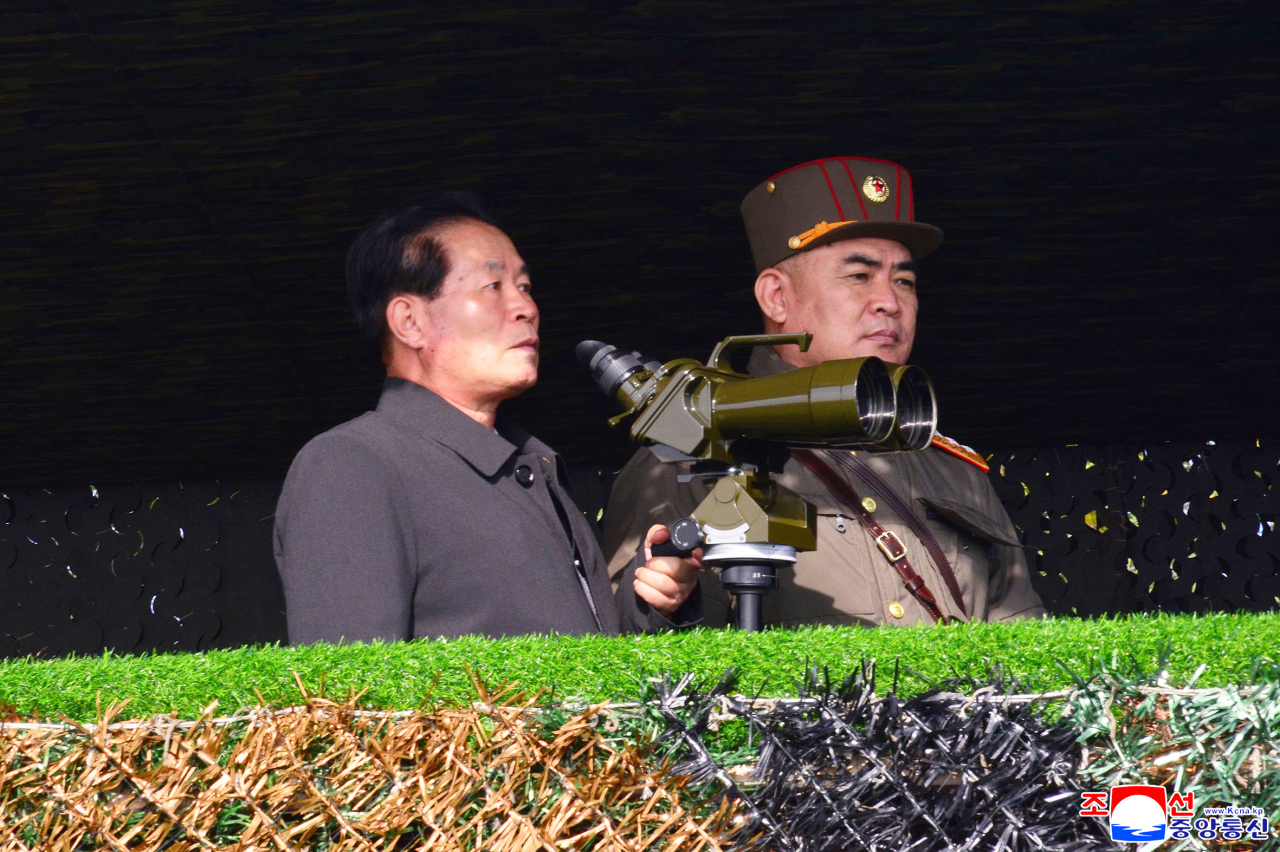 Pak Jong-chon (L), a member of the Presidium of the Politburo of North Korea's ruling Workers' Party, presides over an artillery fire competition last Saturday, in this photo released by the North's official Korean Central News Agency the next day. (KNCA-Yonhap)
North Korea has conducted an artillery fire competition to boost the country's defense capabilities as set forth by the "militant policy" of the ruling Workers' Party, state media reported Sunday.

The competition was held Saturday to inspect "how the mechanized troops of the KPA have conducted drills in order to increase their mobile artillery combat capabilities," according to the Korean Central News Agency (KCNA). KPA stands for the Korean People's Army.

Pak Jong-chon, a member of the Presidium of the Politburo of the ruling party, guided the competition. North Korean leader Kim Jong-un did not attend the event.

"As soon as the firing orders were given by the commanders of the combined units, gun barrels to annihilate the enemy competitively shelled the target to accurately hit it," the KCNA said.The unit that won the first place received a "master gunner certificate, medal and badge," and Pak was "greatly satisfied with the competition results," the report said.

It's unusual for the North to unveil an artillery fire competition that was not presided over by leader Kim.

The competition took place as Pyongyang has called on South Korea and the United States to drop "double standards," criticizing Seoul and Washington for defining its military activities as "provocations" while justifying their own as deterrence.

On Saturday, the Tongil Sinbo, a North Korean propaganda weekly, denounced South Korea for holding a joint air exercise with the US, calling it a "war rehearsal" that goes against efforts to build peace on the Korean Peninsula.

South Korea and the US held a five-day annual air exercise last week, in a low-key manner apparently to back ongoing diplomacy to resume dialogue with North Korea. (Yonhap)