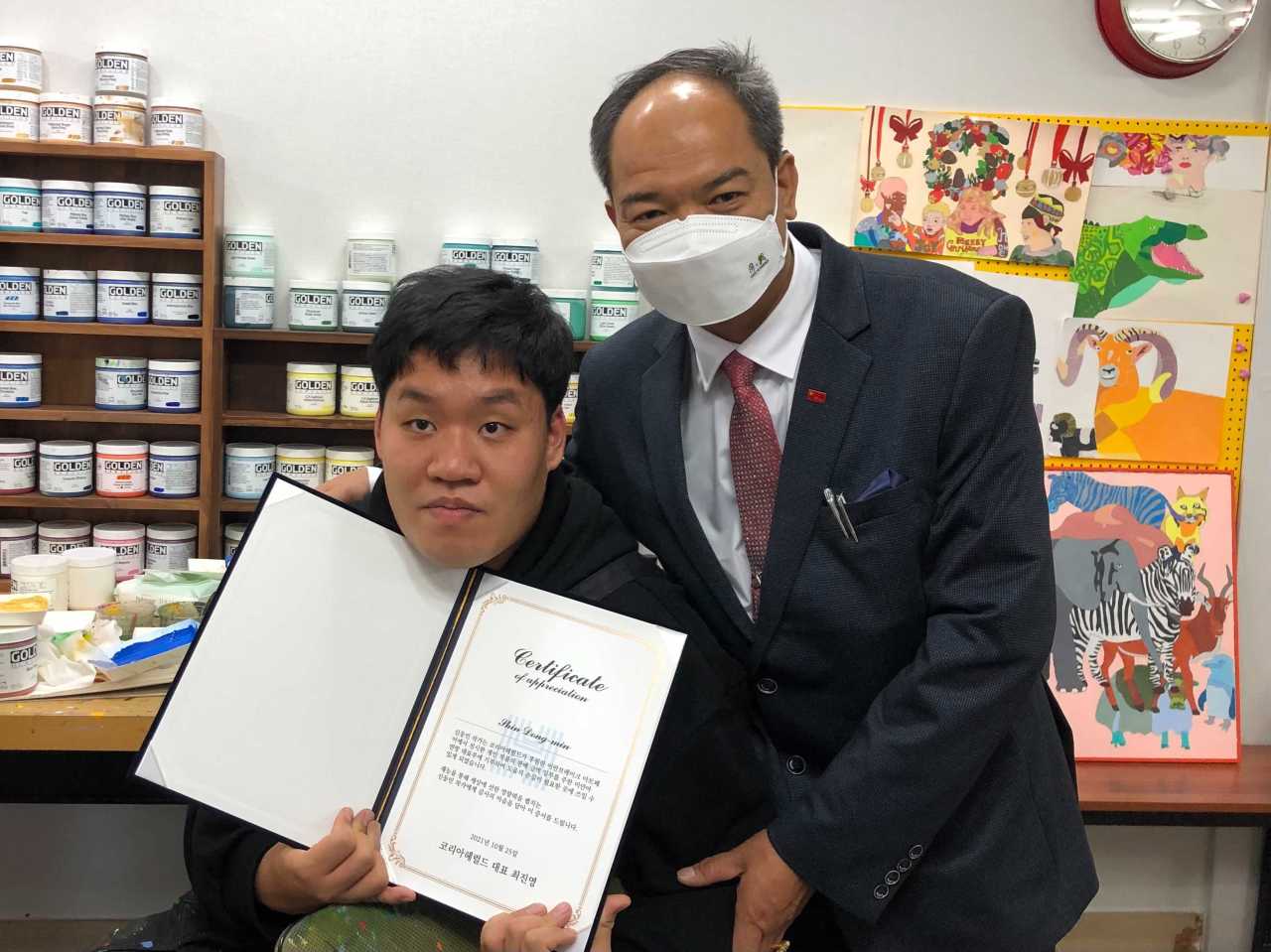 Artist Shin Dong-min (left), holding his certificate of appreciation, and Yan Naing Htun, special representative of the Federal Republic of Myanmar, pose together at the donation ceremony.
Shin Dong-min, a painter sponsored by The Korea Herald, has inspired many with his artworks, and now he is using his extraordinary talents to help people in Myanmar and Malawi.

On Oct. 26, Shin and his mother invited The Korea Herald CEO Choi Jin-young, BT&I Group President Kay Song, and two officials from the Korean office of a Burmese government in exile -- Yan Naing Htun, the government’s special representative, and Soe Moe Thu, secretary-general of the National Unity Government of the Republic of the Union of Myanmar’s Korean office -- to his office in Gaepo-dong to make the donation to the Burmese organization.

A separate donation was made to travel specialist BT&I, which will use the funds to help children in Malawi.

Shin donated the proceeds of some of the art pieces he sold during the Korea Herald ESG project at the Urban Break 2021 art fair at Coex in July.

Shin has savant syndrome, a rare condition in which people with various developmental disorders, including autism, have extraordinary abilities. In Shin’s case, he is able to express his views on the world through his artistic skills. His art pieces revolve around the wonders and beauty of African nature, expressing them in bright, bold colors and strong lines.

Despite a myriad of challenges, Shin has become a rising Korean painter thanks to support from his family, especially his mother. Shin’s family hopes that he will grow into an even greater artist who brings about optimism and positivity to people who have a harder time than himself. Because he was able to overcome his challenges caused by autism, his family believes Shin can make a positive impact on other people’s lives. 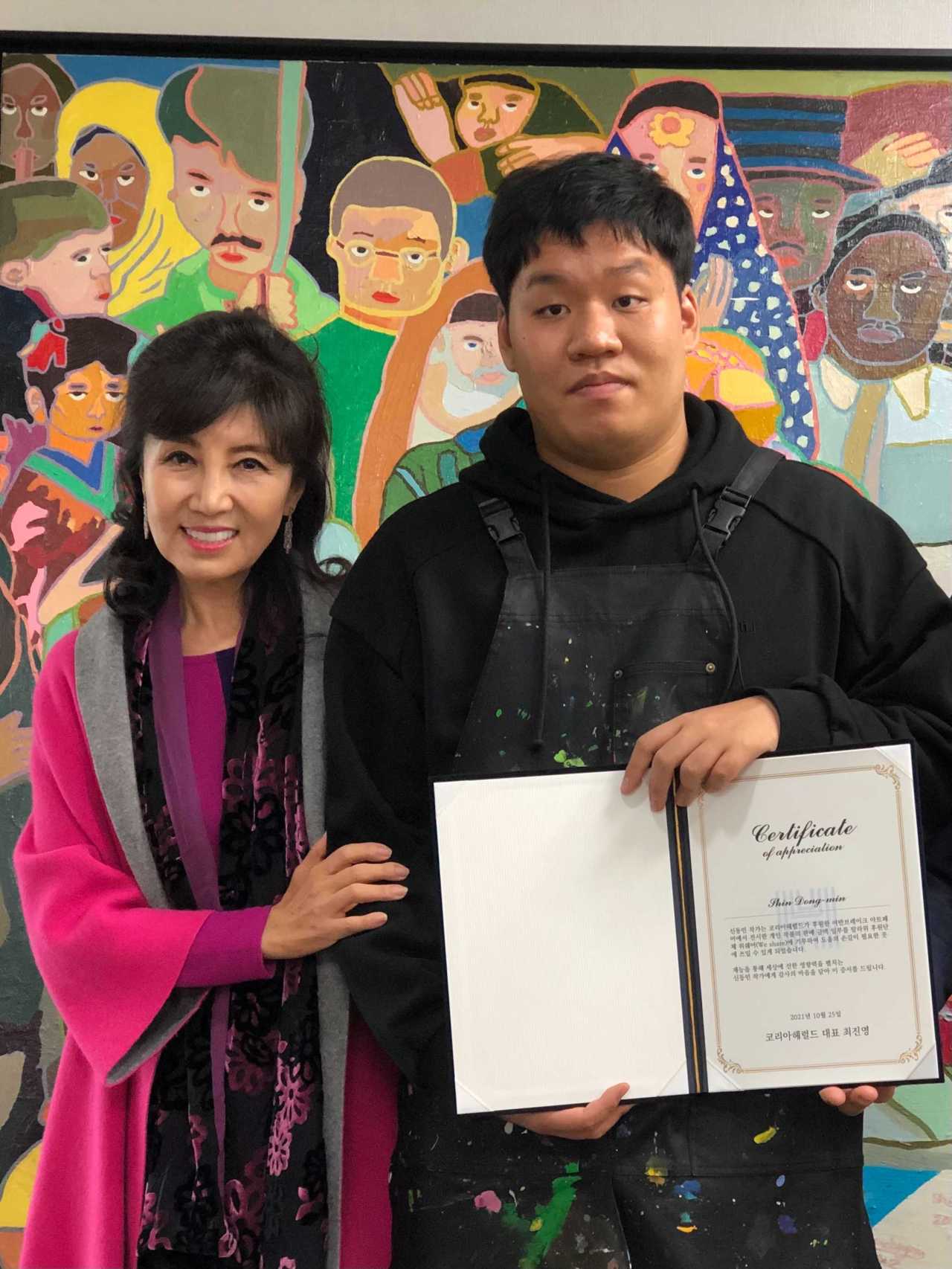 Kay Song (left) and Shin Dong-min smile for the camera at a donation ceremony on Tuesday.
BT&I Group President Song, who is known for her own book about positive thinking and its effectiveness, has been working for good causes her entire life.

She has been making efforts to improve lives for the underprivileged and those in need through charity activities. Currently, she heads the Honor Society, made up of people who have donated more than 100 million won ($84,700) to charities, and she is also vice chairman of the Green Umbrella Children‘s Foundation, a charity for children.

“The Korea Herald will continue supporting those contributing to global peace and making the world a better place,” said Choi Jin-young, the CEO of the newspaper company.