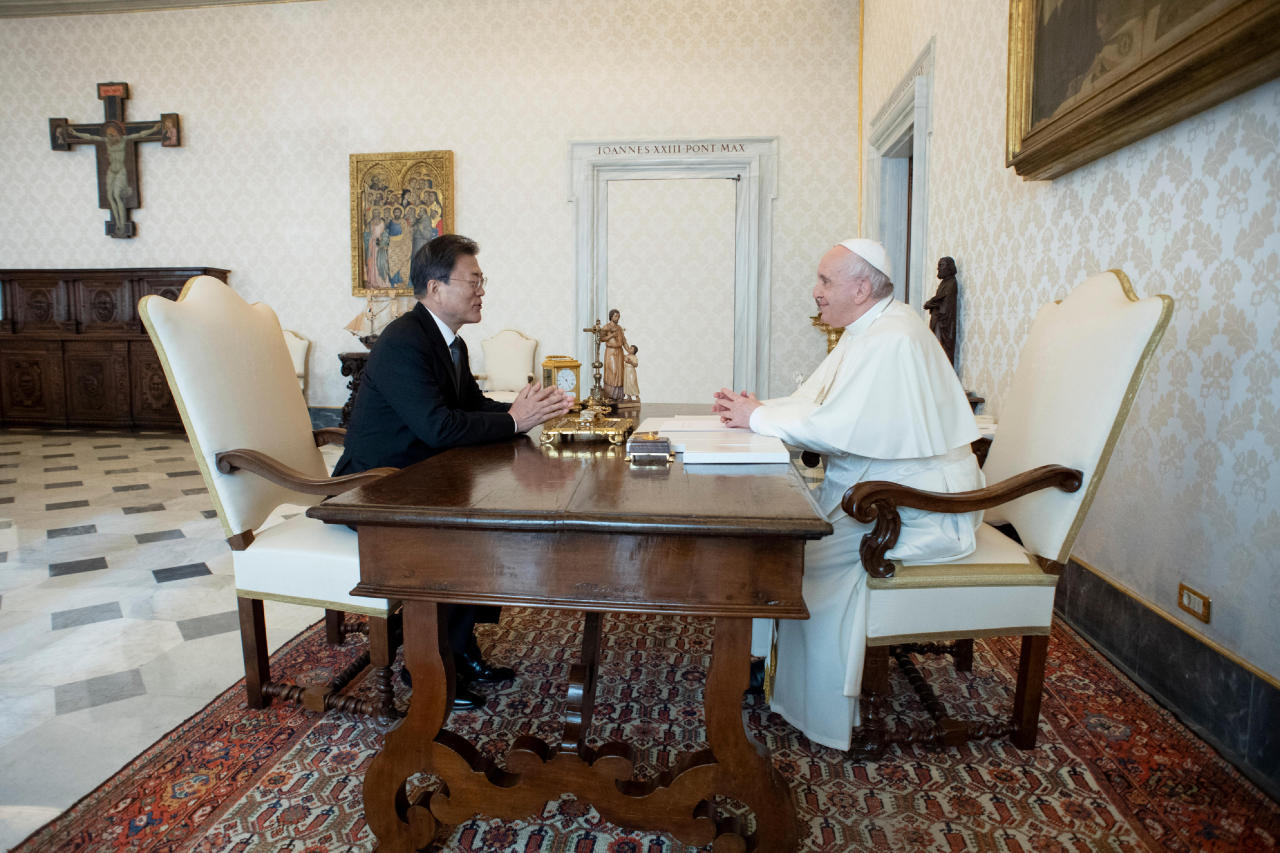 Unification Minister Lee In-young accompanied Moon on his visit to the Vatican last week, during which the president met with Pope Francis and asked him to travel to the reclusive North. Moon believes it would help foster peace on the Korean Peninsula. The pope reaffirmed his willingness to go to the North if he received an invitation from its regime.

"The pope has expressed his willingness to visit North Korea multiple times," Lee said in a radio interview with local broadcaster KBS. "The possibility of pope's North Korea visit definitely exists if the North makes a determination."

The papal visit was also proposed in 2018, though it failed to materialize amid a deadlock in nuclear negotiations between Washington and Pyongyang.

The North has remained unresponsive to US overtures for talks, demanding Washington first retract what it calls "double standards" and "hostile policy" against Pyongyang.

The minister said the North could be gradually shifting to dialogue, referring to a series of statements it released in recent months and the restoration of inter-Korean communication channels.

"Compared to the first half of this year, North Korea's messages toward South Korea and the US have become more detailed, to an extent surpassing a principle level, and more frequent in the second half," he said.

South Korea and the US are in talks over measures to bring the North back to the negotiating table.

Asked about the possibility of COVID-19 vaccine provisions to the North, Lee indicated it is not imminent.

"It is a matter to be pushed forward under public consent and a shared understanding of the international community when our citizens have been sufficiently vaccinated and we have enough doses," the minister said. (Yonhap)