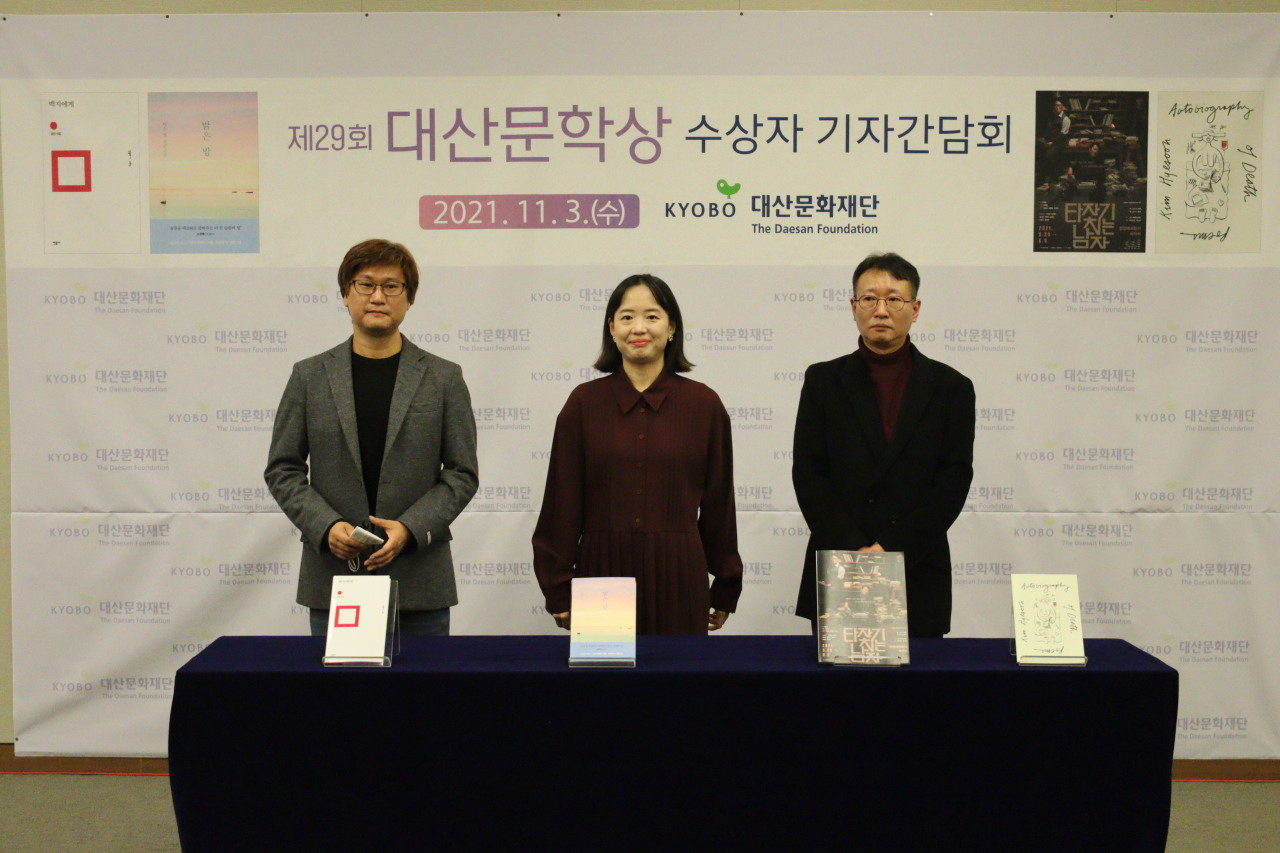 The organization founded by Kyobo Life Insurance awards winners in four categories, recognizing the best poetry, novel, drama or literature review and translated work. The award for best translated work is given to English, French, German and Spain translations, one for each year in sequential order.

Poet Kim Eon won the award for “Dear Blank Paper,” which describes the self-consciousness of a writer, delving into the emotions of the act of writing itself. The best novel award went to Choi Eun-young’s “Bright Night,” a piece that deals with the history of four women who have been excluded from the public realm. Cha Geun-ho’s “Man with a Typewriter” received the best drama award for its portrayal of oppression by those in power written from the victim’s perspective.

This year’s award for best work translated in English went to poet and translator Choi Don-mee, for her translation of Kim Hye-soon’s poetry collection, “Autobiography of Death.” The collection consists of 49 poems, one each for 49 days after the protagonist’s death.

Choi’s translation was commended for its outstanding readability to foreign readers unfamiliar with Korea’s traditional mourning process. The translator’s creativity was highly recognized, according to the judges’ comments.

The winners each receive a prize of 50 million won ($42,300), and the three award-winning works in Korean will be reviewed for translation into foreign languages and publication overseas.

The award ceremony will be held Nov. 29, at Kyobo Building’s Convention Hall, in Gwanghwamun, central Seoul.