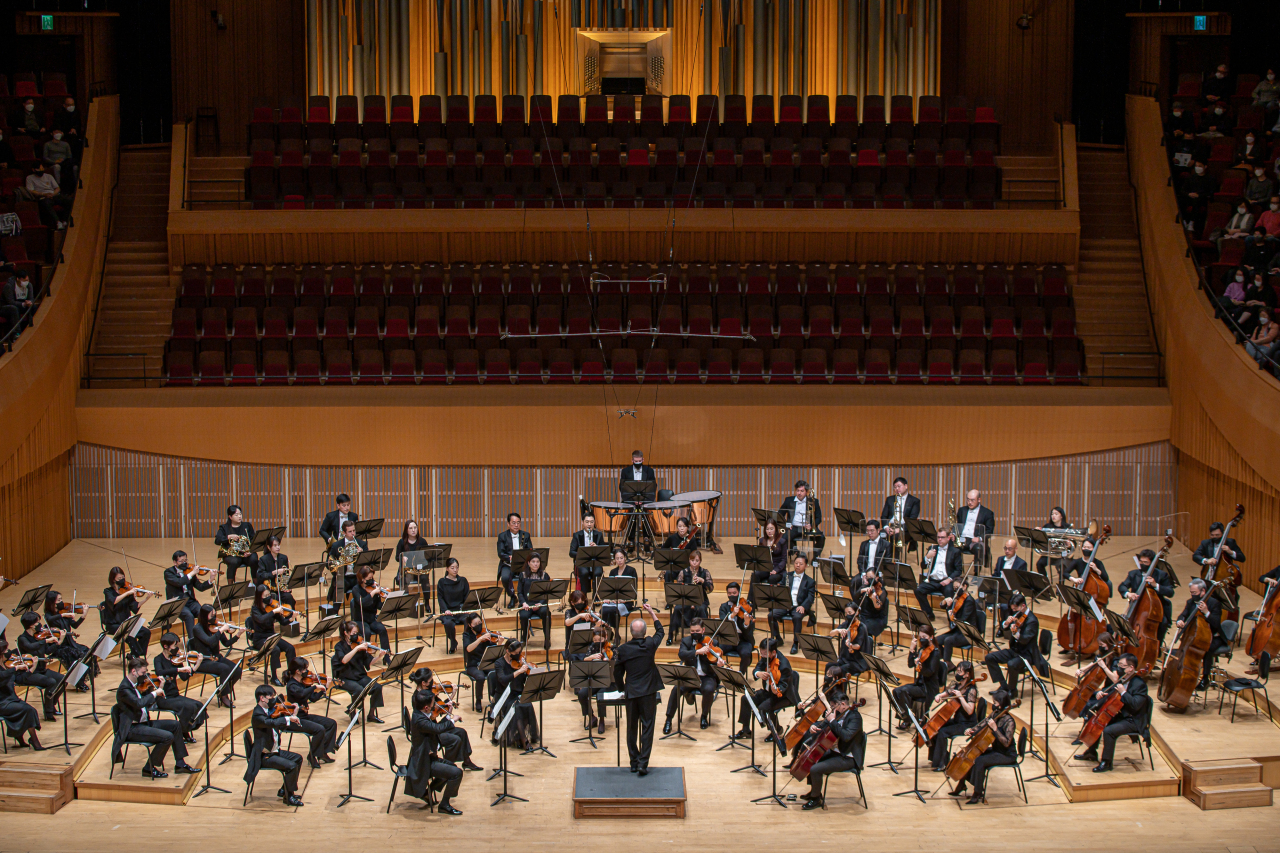 Music Director Osmo Vanska shared snippets of plans for the upcoming season at an event held for the supporters of the SPO at Lotte Concert Hall in Jamsil, Seoul, on Sunday.

Just as the orchestra began the year 2021 with a requiem, with conductor Sung Shi-yeon taking the baton for Lutoslawski’s Musique funebre, the SPO will begin the 2022 season with three different requiems in January, including the well-known Requiem in D minor by Mozart.

Other requiems on the list are more recent works, including “A Requiem in Our Time,” a composition for brass band and percussion by Finnish composer Rautavaara, and Japanese composer Toru Takemitsu’s Requiem for string orchestra. Both works were written in the 1950s.

Violist Richard Yongjae O’Neil, who won a Grammy award earlier this year for the best classical instrumental solo, will join the orchestra in May to perform alongside conductor Vanska.

In October, there will be an Asian premiere of composer Chin Un-suk’s work, Frontispiece for orchestra. The orchestral work was commissioned by the NDR Elbphilharmonie Orchestra in 2019 while Chin, a Berlin-based composer of contemporary classical music, was its composer-in-residence.

In July, the orchestra will invite French pianist Alexandre Kantorow. The 24-year-old pianist, who rose to stardom winning the International Tchaikovsky Competition in 2019, will present Beethoven’s Piano Concerto No. 4 with Vanska.

Meanwhile, Swedish trumpeter Hakan Hardenberger will be one of two artists invited to the SPO’s Artist-In-Focus program next year. Hardenberger was due to be invited this year, but it was postponed due to the pandemic. The other artist, a violinist, has yet to be revealed.

Next year, the orchestra will have performances across Seoul, including at the Lotte Concert Hall and the Seoul Arts Center. Some of its chamber music performances will take place at the Sejong Center for the Performing Arts in central Seoul.

Package tickets are to open from Dec. 7 while individual tickets will be available starting Dec. 14.