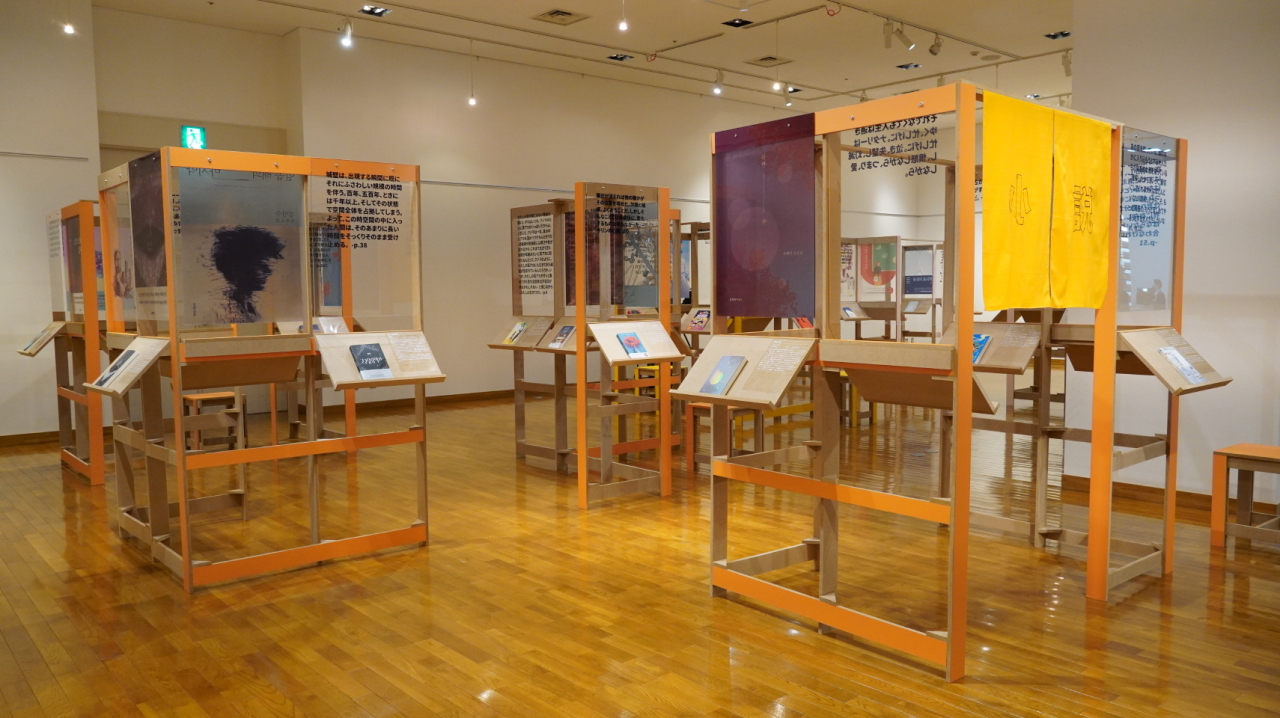 The exhibition titled “Bridging Friendships,” is designed to introduce Korean literature to readers and publishers in Japan, and find opportunities for Korean books to enter foreign markets.

The KPA has chosen 78 books for display at the exhibition, 50 of which are from “Your Next Book,” a book published by the association to promote top titles earlier in May.

The other 28 books in the special display section were selected by publishing experts as books that have the potential to appeal to Japanese readers, in addition to books that won awards at this year’s Seoul International Book Fair.

The selected works are stories that depict the current lives and difficulties Koreans face, in terms of labor, the economy, environment, and human rights issues, and how they manage to overcome hardships. 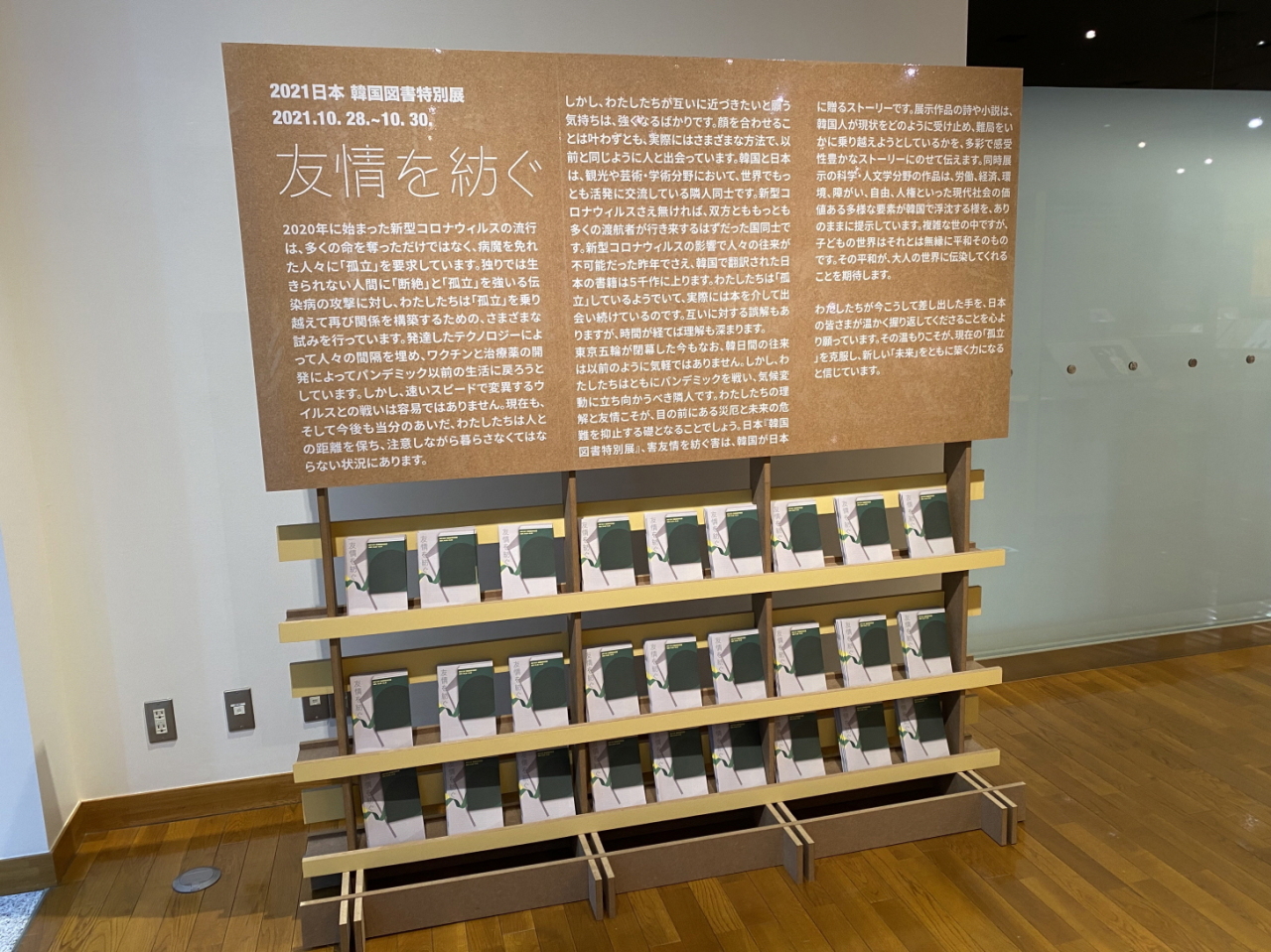 Brochures at the entrance of the special book exhibition, “Bridging Friendships” in Tokyo (KPA)
“Japanese literature has had interest and influence in Korea since a long time ago, but compared to that the impact that Korean literature has in Japan is still very small,” Yang Chang-seop, team leader of Education & Public Relations at the KPA told The Korea Herald on Friday. “We hope that this short but compact exhibition would serve a bridgehead in sparking interest among the Japanese public, and get more literary works translated into Japanese.”

The three-day exhibition in Tokyo is organized by the Korean Cultural Center Japan and the Seoul International Book Fair, and sponsored by the Ministry of Culture, Sports and Tourism and the Publication Industry Promotion Agency of Korea.