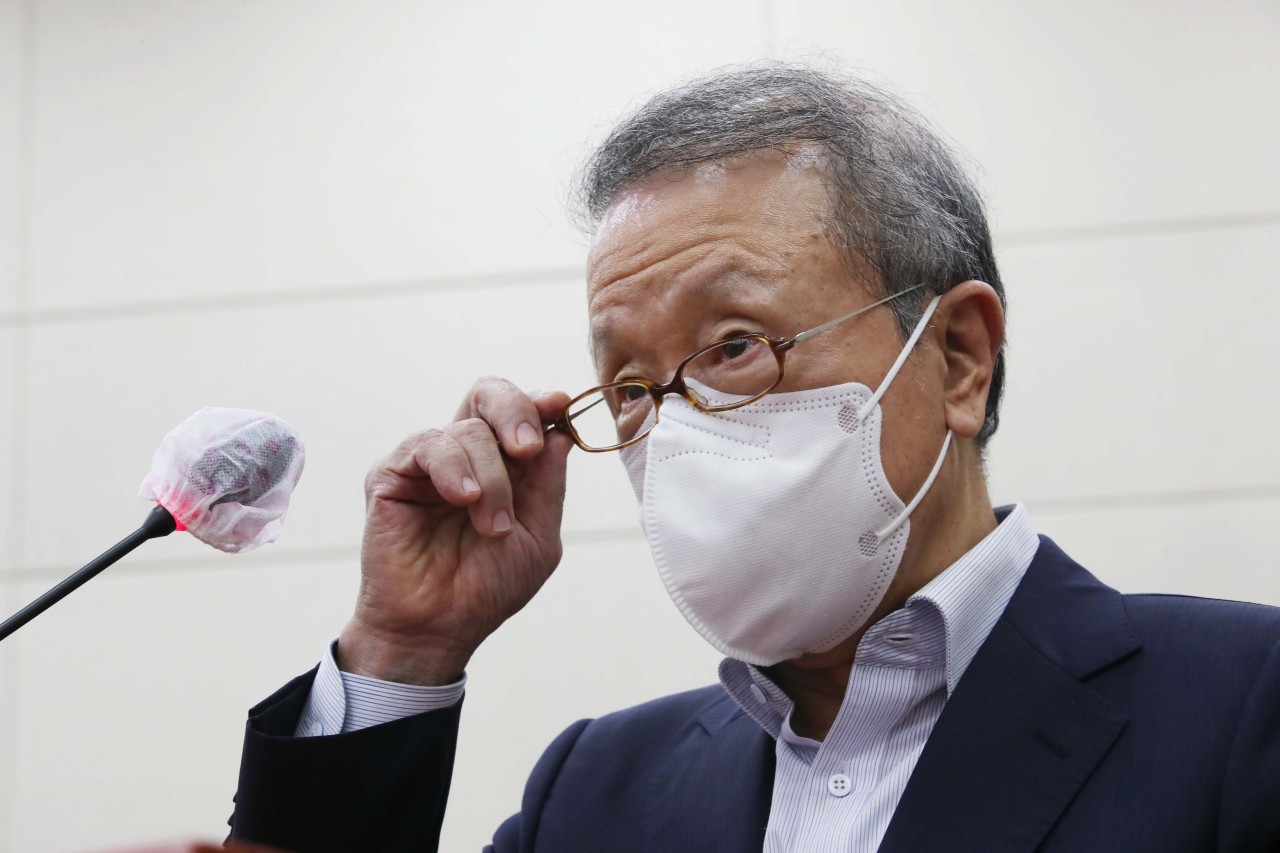 Namyang Dairy Products Chairman Hong Won-sik is seen appearing at the parliamentary audit at the National Assembly on Oct. 8. (Yonhap)
A local court granted an injunction request by South Korean buyout firm Hahn & Co. to block Namyang Dairy Products Chairman Hong Won-sik from exercising his voting rights, noting that a sales and purchase agreement between the two parties is valid, according to a recent ruling obtained by The Korea Herald Thursday.

The court’s decision indicated that Hong and his family members had failed to present evidence of Hahn & Co.’s breach of nondisclosure agreement, unlawful intervention in the management or any behavior that undermined trust of the concerned parties.

Moreover, Hong and his family members are responsible for a failure to abide by deal terms, which makes little case for them to demand cancellation of the deal, the ruling showed.

This comes as the Seoul Central District Court ordered Namyang Dairy to comply with an injunction Wednesday that nullified Hong and family members’ voting rights in an extraordinary shareholder meeting scheduled Friday to name four new board members. Hahn & Co. filed for an injunction with the court for the case on Oct. 19. Yoon & Yang is the legal representative of Hahn & Co.

This is the latest development of the legal battle between the Korea-focused buyout firm and the Namyang Dairy chairman, surrounding a collapse of a 310.7 billion won ($270.2 million) deal in late August.

Hahn & Co. filed an injunction to stop Namyang Dairy’s Hong from selling his shares to a third-party entity, which was accepted by the same court in August.

More litigations are underway. Hahn & Co. in August filed a separate suit against Hong demanding a stock transfer. In response, Hong and affiliated shareholders filed a damage suit against Hahn & Co. and its three executives in September.

Meanwhile, on Wednesday, Namyang Dairy was raided by the National Tax Service for possible tax evasion. Other government bodies such as the Fair Trade Agreement, the Financial Services Commission and the Ministry of Labor are also under probe for Namyang Dairy’s alleged embezzlement or misuse of company funds, insider trading and labor violations.

Shares of Namyang Dairy trading on the Korea Exchange soared 12.1 percent on Thursday, after the court granted the injunction.