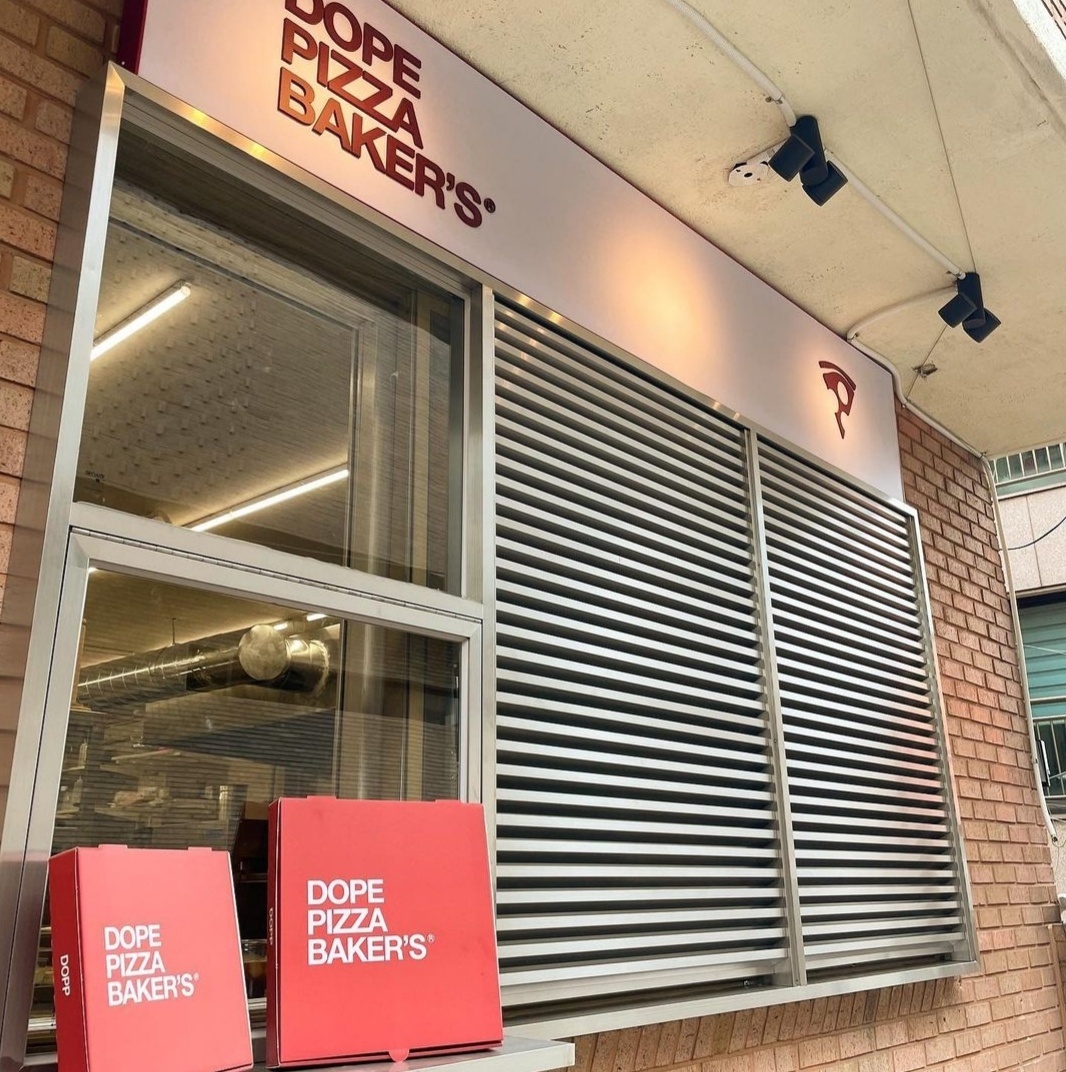 “Our basic philosophy is to top our pies with pepperoni so there are no empty spots left,” Shin, 34, said in explaining how Dope’s Pepperoni Planet is made in an email interview.

Every inch of that glorious pie with its chewy thin crust, punchy red sauce and gooey mozzarella is covered with crispy, unctuous rounds of pepperoni.

“There are customers who say it is saltier than the pepperoni pizzas one generally gets around here, but we want one to be able to enjoy pepperoni with every bite,” said Shin.

The pepperoni Shin is referring to is not just any pepperoni.

Shin sticks to a specific pepperoni brought in from the United States, and he has not budged from his decision.

At one point, Shin was unable to get that exact pepperoni for about a month.

Shin said he tried other options but was not satisfied, so he and his team took Pepperoni Planet off the menu until he could get his pepperoni of choice again.

Shin clearly takes his toppings seriously, from the pepperoni to the bacon -- which is also sourced from the US -- to the handcrafted Italian sausage that goes into their Assemble and Butcher’s pies.

“It is a handmade sausage that we make ourselves,” said Shin.

Dope’s housemade sausage has a slight fiery kick to it that pairs well with the pepperoni, bacon, red onions, bell peppers, mushrooms, olives and corn that are loaded onto those tasty Assemble pies, yet another of Dope’s maximalist pizza offerings that was recently added to the menu in September, according to Dope’s official Instagram account. 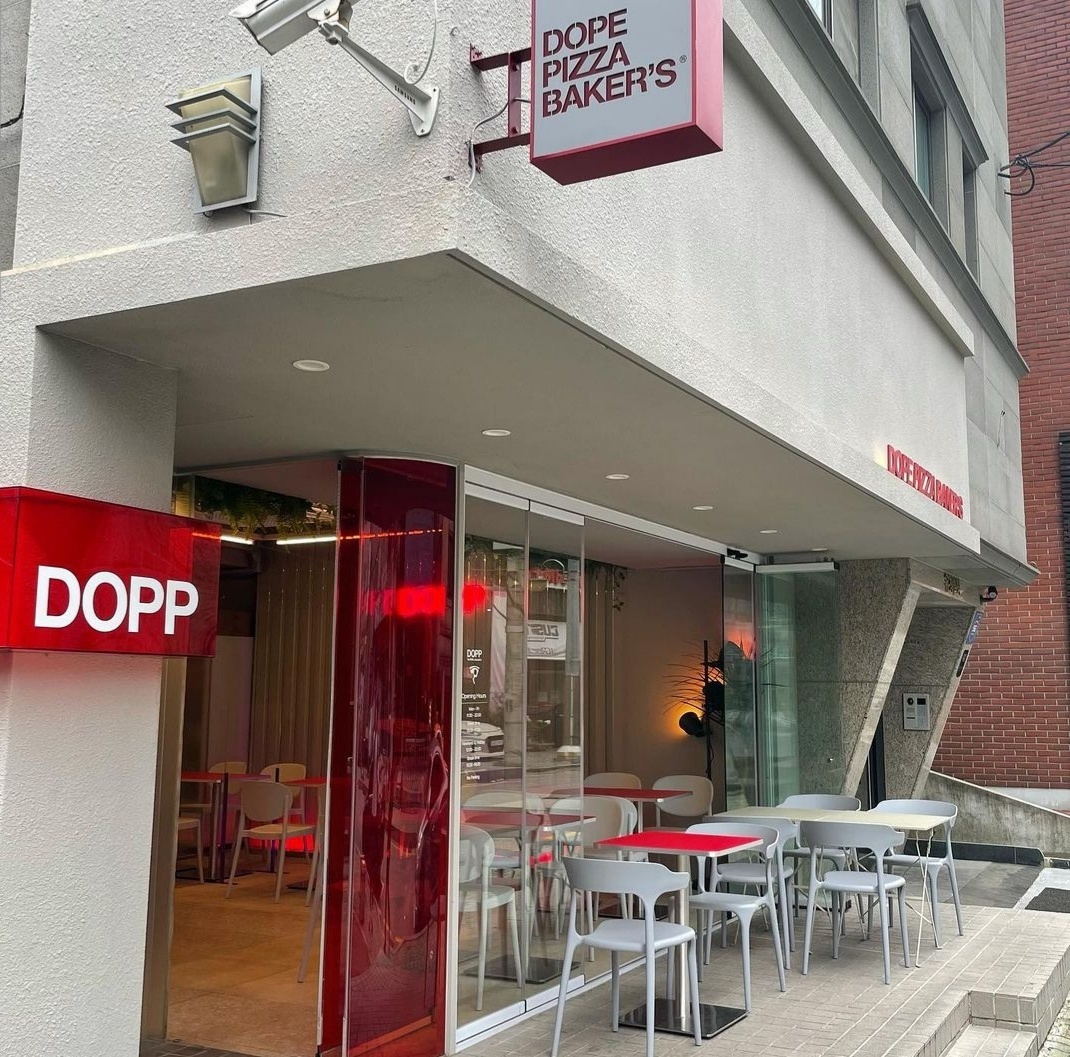 Dope Pizza Bakers first opened in Seoul’s Yangjae-dong in 2020. (Photo credit: Dope Pizza Bakers)
Fans of heavy-handed toppings will also be satisfied with Dope’s Hawaiian Sunset, which is strewn liberally with juicy chunks of grilled pineapple and crispy bacon so that one can get plenty of sweet and salty payoffs with each gooey, chewy bite.

And Dope’s maximalist approach to pizza seems to be gaining traction.

After opening in Seoul’s Yangjae-dong in 2020, Dope Pizza Bakers expanded to a second takeout and delivery store in Nonhyeon-dong this October.

While the Yangjae store dishes out classic 46-centimeter pies that are also sold by the slice, the Nonhyeon store pies are sold as 25- or 33-centimeter whole pies and not by the slice, said Shin.

Aside from the difference in pizza sizes, it seems that everything else remains pretty much the same at Dope’s newest addition, including the pizza dough. 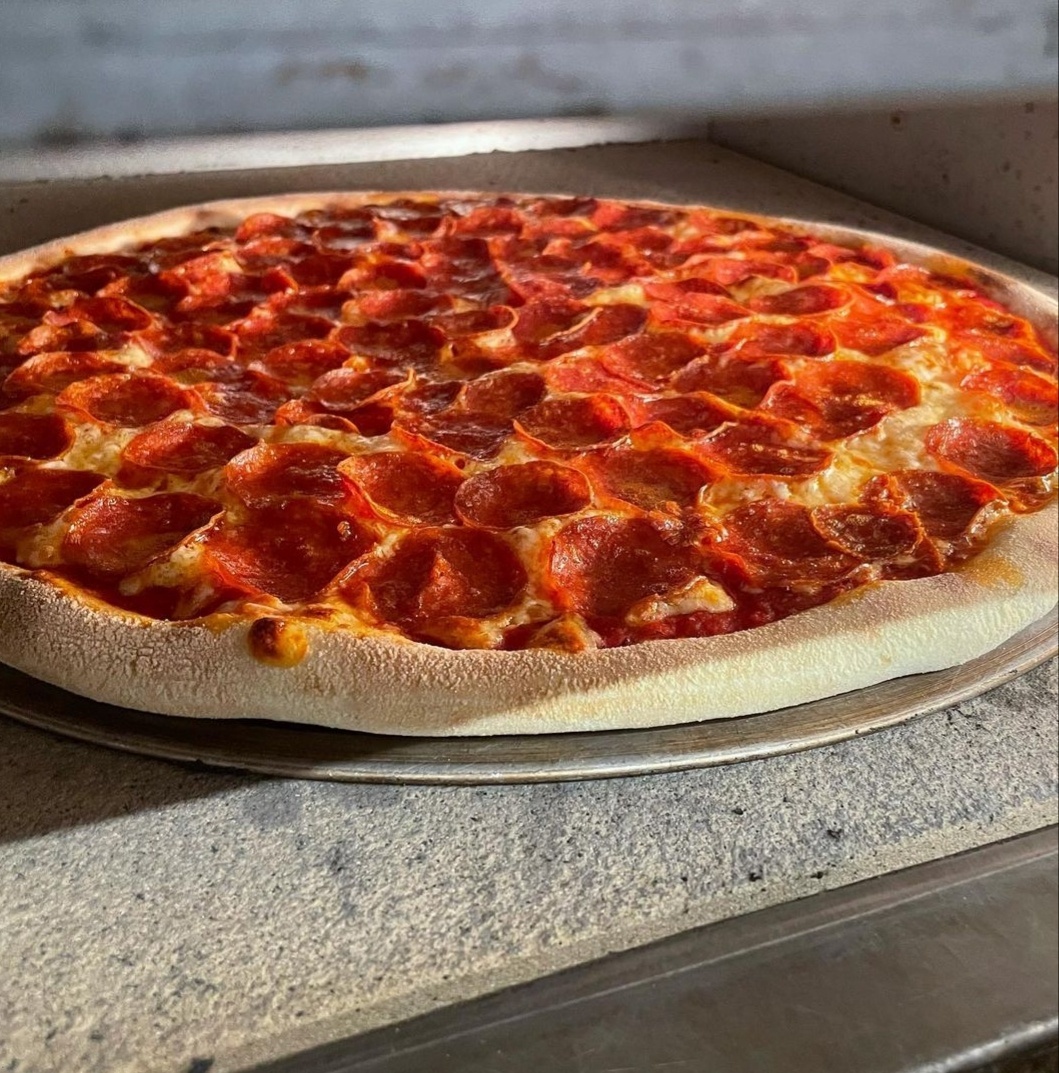 “Our basic philosophy is to top our pies with pepperoni so there are no empty spots left,” Dope Pizza Bakers CEO Shin Jae-uk says of Dope’s Pepperoni Planet. (Photo credit: Dope Pizza Bakers)
Shin revealed that the dough is made with Italian high-protein flour -- also referred to as strong flour -- salt, sugar, water, olive oil and dry yeast before being proofed at a low temperature for about two to three days.

“We aim to get our dough as thin and as even as possible and achieve the right balance between that and the Italian tomato sauce we use and our toppings,” said Shin.

The effort shines through with a pizza crust that is thin but not soggy, elastic and chewy and light and fresh on the palate, a sturdy foundation for those classic New York-style layers of vibrant tomato sauce and dry mozzarella cheese that serve as the basis for most of Dope’s pies.

To date, Shin and team have come up with a total of eight offerings and are busy dreaming up more variations to add to the menu.

“We plan to continuously research new sauces and toppings so that we can reinterpret in our own style,” said Shin.