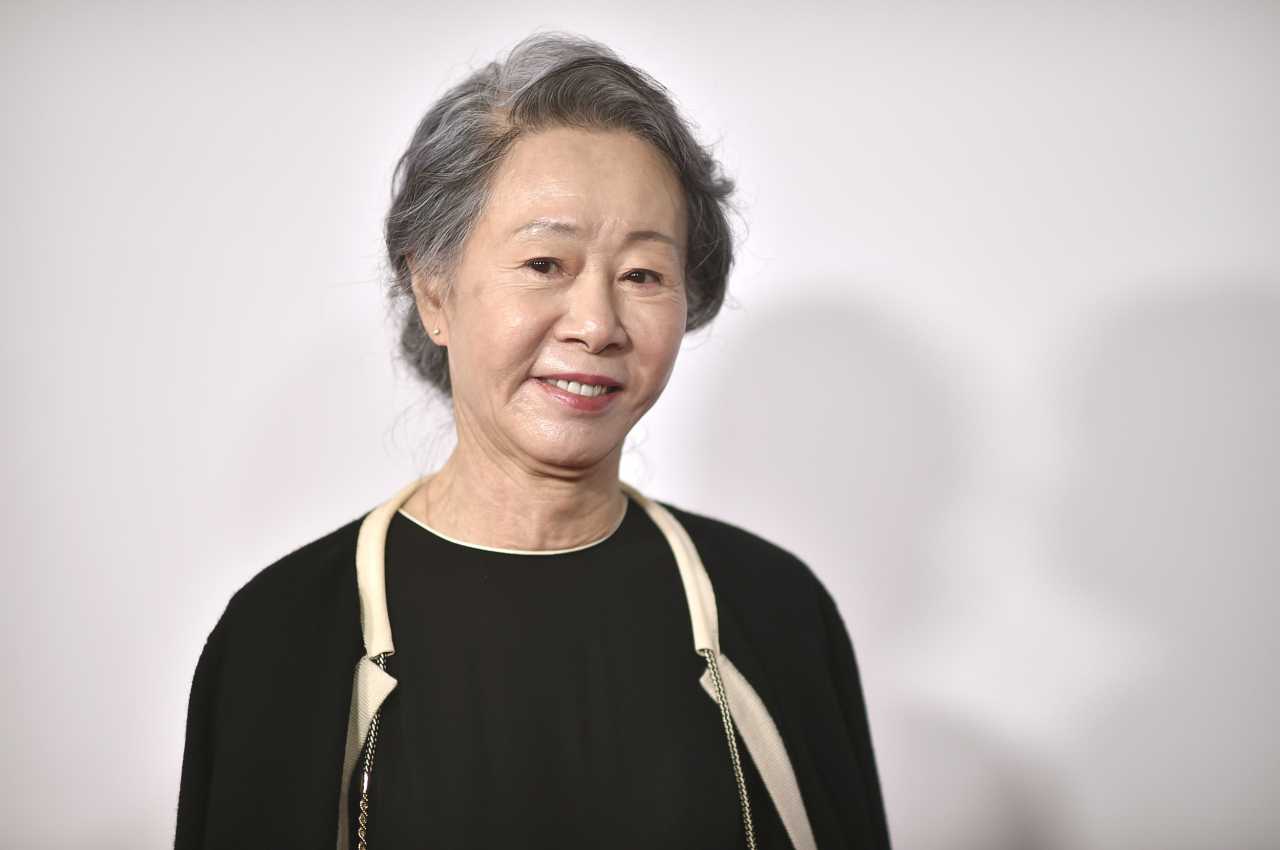 Youn Yuh-jung arrives at the Academy Museum of Motion Pictures Premiere Party at the Academy of Motion Pictures Museum on Sept. 29 in Los Angeles. (AP-Yonhap)
Youn Yuh-jung, who won the best supporting actress prize at the 93rd Academy Awards for her portrayal of a Korean grandmother in the US film “Minari” earlier this year, will be awarded the Order of Cultural Merit, Geumgwan on Thursday, in recognition of her contribution to the Korean film scene.

The Eungwan Order will be given to legendary folk singer Lee Jang-hee, as well as the late film producer Lee Chun-yeon.

Star TV screenwriter Noh Hee-kyung, actor Park In-hwan who starred in this year’s drama series “Navillera” and the late actor Song Jae-ho are the recipients of the Bogwan Order.

The medals will be presented during the 2021 Korea Popular Culture and Arts Awards, hosted by the Culture Ministry and organized by the Korea Creative Content Agency, which will be held Thursday at the National Theater of Korea in central Seoul.

The awards ceremony, in its 12th edition this year, aims to encourage figures who have contributed to the development of the local pop culture and arts scene, recognizing singers, actors, comedians, voice actors, screenwriters, performers and more.