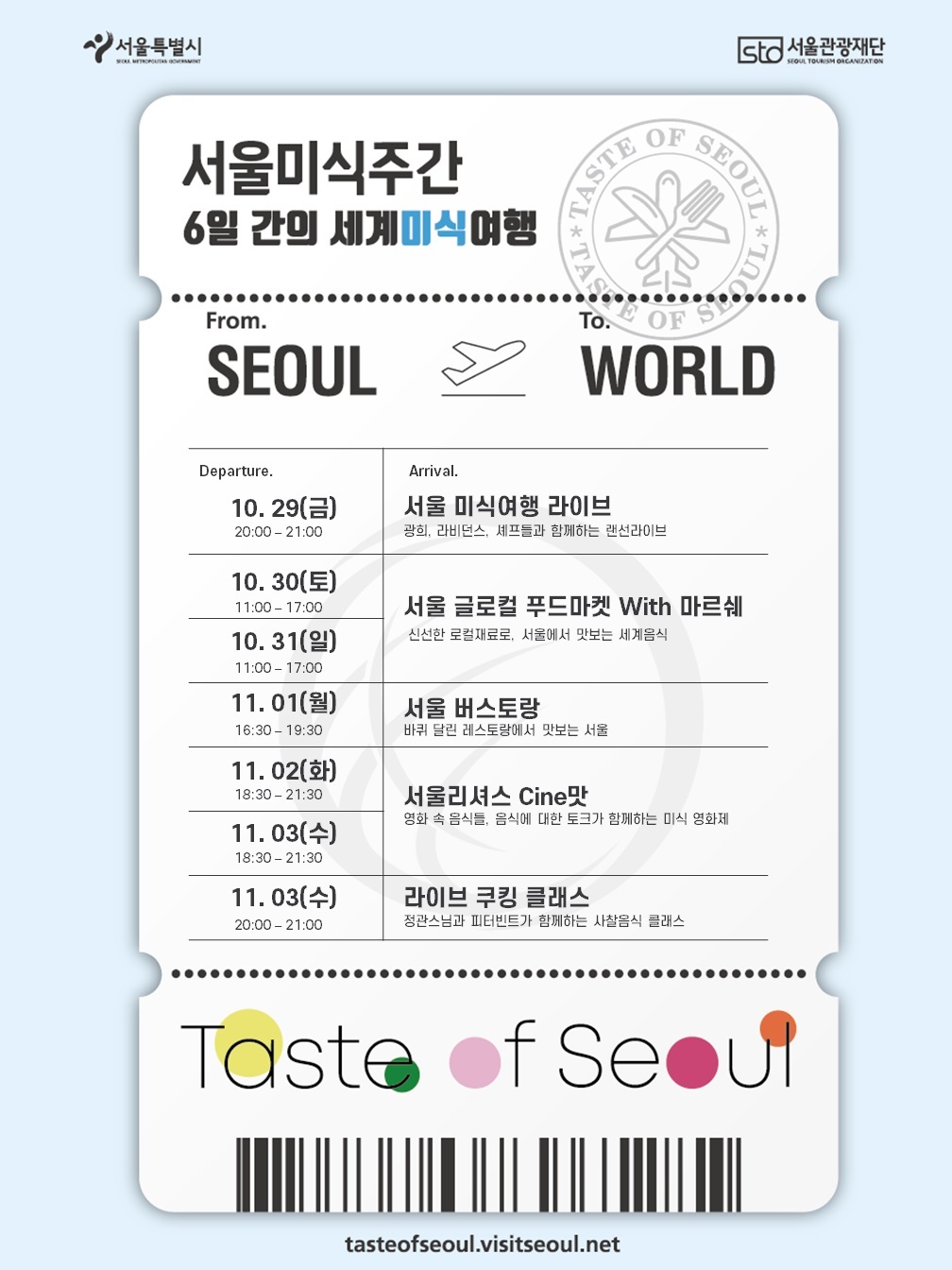 Under the theme, “Six-day trip of world’s delicacies in Seoul,” this year’s festival aims to energize visitors weary from the pandemic, showcasing a series of cultural events linked to music, films and tourism, all involving around food culture and cuisines.

Hosted by idol singer and TV personality Hwang Kwang-hee, the Gourmet Tour Live will be held at the Oil Tank Culture Park, in Mapo-gu, Seoul, on Friday, with chefs based in the city as special guests. The show will be livestreamed through VisitSeoul’s YouTube channel.

The Seoul Glocal Food Market follows throughout the weekend at KOTE, a cultural gathering space in Insa-dong, central Seoul, where visitors can experience global cuisines made with locally grown, fresh ingredients. Workshops will also be held to introduce how different flavors can come out through cooking with sustainable local ingredients.

“With the expanding popularity of Hallyu, we will make all efforts to revitalizing gourmet tourism throughout the city of Seoul.” Gil Gi-yeon, head of the STO said in a press release.

In addition to the festival week, Seoul’s guidebook of gastronomy, “Seoul Restaurants & Bars 100,” produced by the Seoul City, has been updated from last year, with experts’ contribution in different categories. Selected restaurants include those specializing in Korean, Western, Asian, grilled gourmet and vegetarian dishes, as well as bars and cafes.

The guidebook is available in Korean and English, and can be found through the website, tasteofseoul.visitseoul.net.