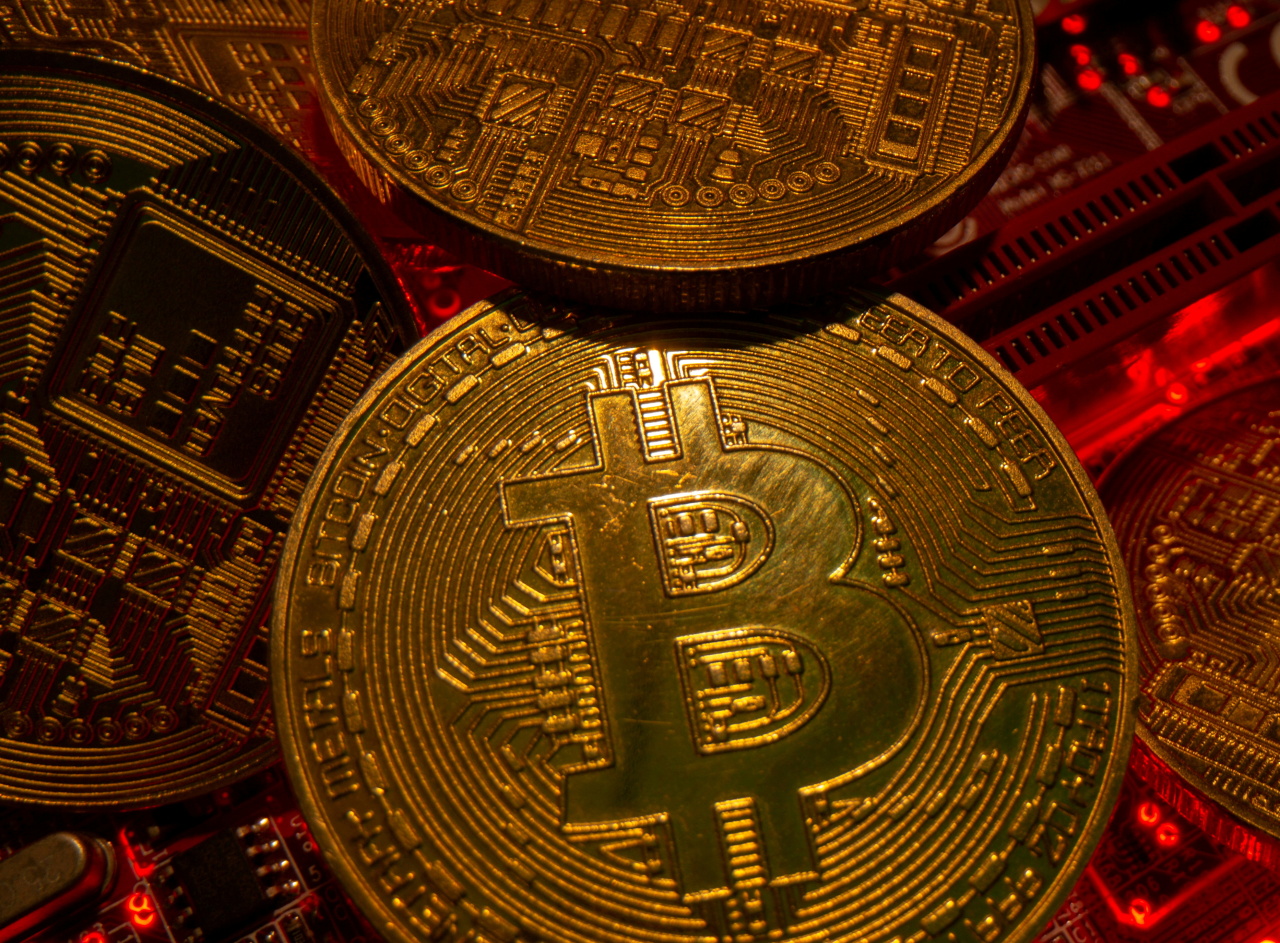 Representations of the virtual currency bitcoin stand on a motherboard in this picture illustration taken May 20. (Reuters-Yonhap)
The Korea Teachers’ Credit Union, an institutional investor responsible for 40 trillion won ($34.3 billion) of assets as of end-June, denied Tuesday rumors that it was considering exposure to bitcoin, the world’s largest cryptocurrency, through an exchange-traded fund created by a Korean external partner.

“The KTCU has never reviewed an investment in a bitcoin-related ETF, and will never have a plan to do so,” KTCU said in a statement.

The remark came after it was reported that the KTCU, which is dedicated to promoting teachers’ welfare and financial benefits, was to become the first Korea-based institutional investor with exposure to cryptocurrency next year. The investment would have been seen as a surprise move considering the fund’s typically risk-averse approach to investing.

According to the media report, KTCU‘s external manager based in Korea will create a bitcoin-linked ETF, to which the KTCU sought to allocate its capital, by the first half of 2022. The spot ETF product aimed to mimic the price movement of the world’s largest cryptocurrency by market cap.

The media report also indicated that KTCU was to determine the size of allocation in an upcoming investing committee.

The news came a week after a bitcoin-linked ETF -- ProShares Bitcoin Strategy ETF -- made a blockbuster market debut for the first time on the New York Stock Exchange Arca. Earlier this year, Canadian authorities approved the world‘s first bitcoin ETF in February.

A Korean asset management house is yet to launch one.

KTCU‘s assets under management has soared 10 percent in the past six months until June. The fund has exposure to stocks, bonds and alternatives, with its alternatives exposure standing at nearly 55 percent.