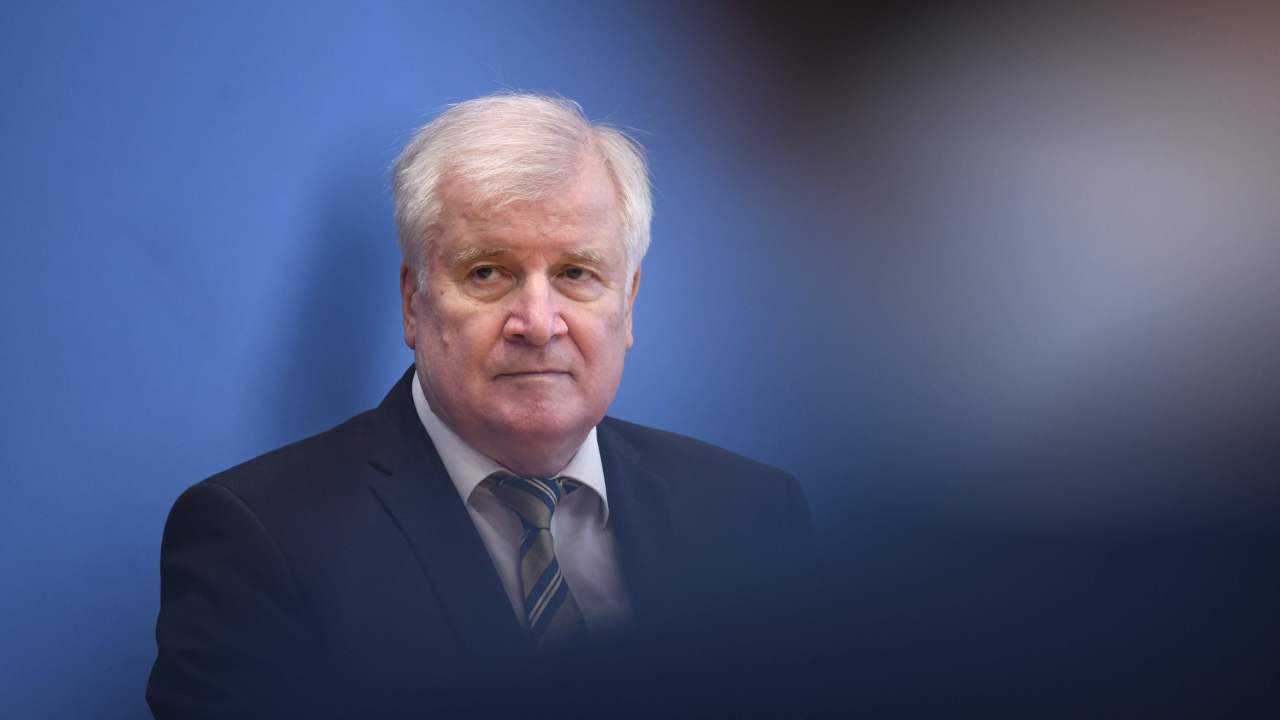 German Interior Minister Horst Seehofer looks on during a joint press conference with the president of the The Federal Office for Information Security (BSI) to present the office's annual report in Berlin on Thursday. (AFP-Yonhap)
BERLIN (AFP) -- Germany's interior minister said Sunday it was "legitimate" to protect borders, after several EU states asked Brussels to pay for barriers to prevent illegal migrants from entering the bloc.

The call came earlier this month, as Poland proposed building a 350 million-euro ($410 million) wall on its border with Belarus to keep migrants out.

The EU accuses the Belarusian authorities of flying migrants from the Middle East and Africa to Minsk and then sending them into the bloc on foot in retaliation for sanctions imposed over a crackdown on the opposition.

"It is legitimate for us to protect the external border in such a way that undetected border crossings are prevented," he told the Bild am Sonntag newspaper Sunday.

The surge in people crossing illegally over the EU's eastern frontier with Belarus has placed major strains on member states unaccustomed to dealing with large-scale arrivals.

Seehofer also said Germany would increase controls on the German-Polish border and that eight hundreds-strong teams of police had already been deployed.

"If necessary, I am ready to reinforce this even more," he said.

According to figures from the German interior ministry, around 5,700 people have travelled over the border between Germany and Poland without an entry permit since the start of the year.

However, Seehofer also said last week Germany had no plans to close the border with Poland, adding that such a move would also be "legally questionable".

Earlier this month, officials from countries including Poland, Lithuania and Greece argued for barriers along EU borders to counter efforts to weaponise migration.

Brussels has so far shied away from funding border walls for members states, insisting that the current legal framework only allows it to use EU budget funds for "border management systems."