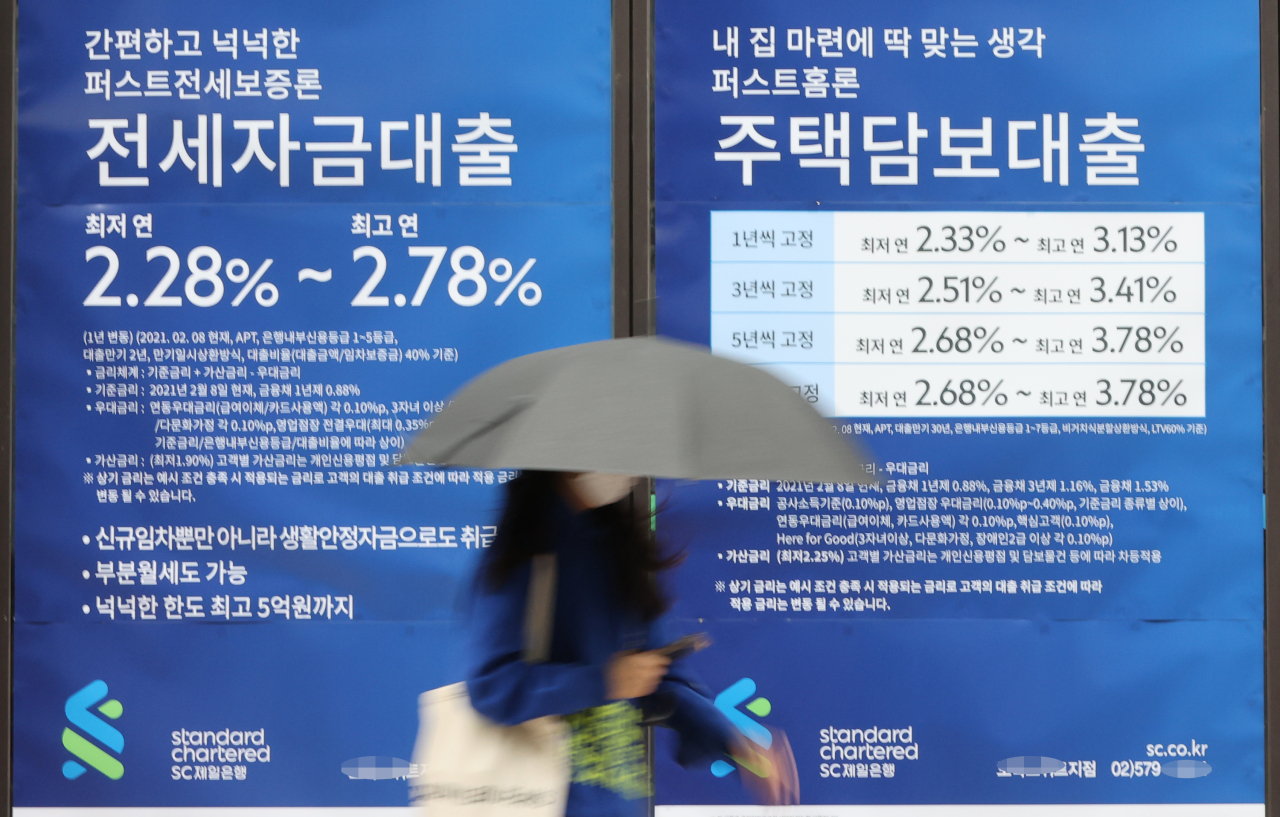 A woman walks past a commercial bank promoting “jeonse” loans in Seoul on Thursday. (Yonhap)
The amount of “jeonse” loans for homes extended to Koreans in their 20s and 30s surged by nearly 60 trillion won ($50.9 billion) in the last five years, raising alarm over the growing household debt burden among young borrowers, a lawmaker said Friday.

Jeonse is a housing lease system unique to Korea whereby tenants pay a lump-sum deposit instead of monthly rent on a two-year contract.

Among jeonse loans, those taken out by people in their 20s and 30s soared to 88.2 trillion won from 29.1 trillion won during the given period. The two age groups accounted for 60 percent of the total jeonse loan balance.

The sharp rise in jeonse loans comes as apartment prices have soared.

The average price of jeonse apartments in Seoul have jumped by some 44 percent since May 2017 to 614.5 million won in June, data showed.

With the increase in the number of jeonse loan applications, the younger generations’ household debt has also swelled.

“The government should closely monitor debt growth among young borrowers and come up with preemptive measures to ease their financial burden largely due to skyrocketing housing prices,” the lawmaker said.