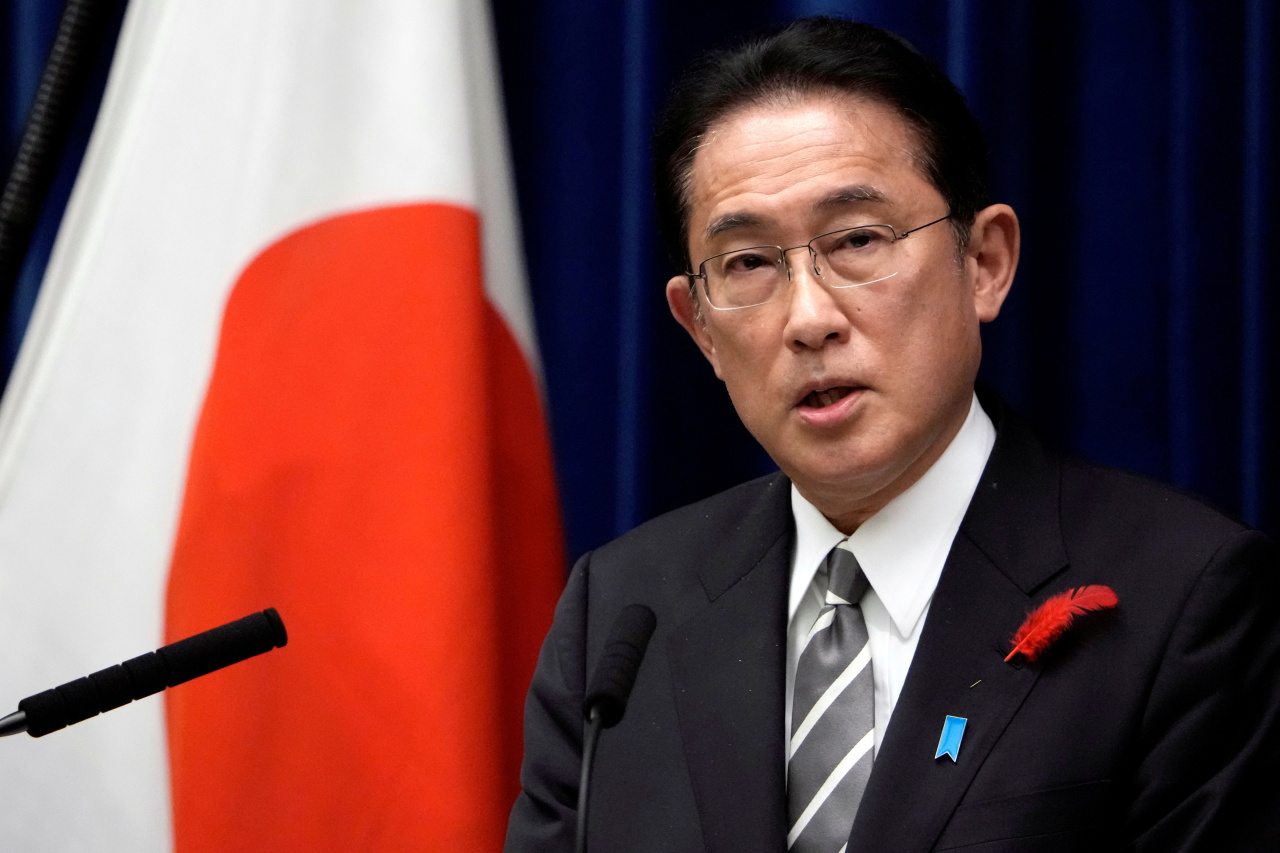 Japan's new prime minister interrupted his first day of election campaigning on Tuesday, as he returned to the capital of Tokyo to deal with rising regional tensions following North Korea's test-firing of a missile earlier in the day.

Fumio Kishida's campaign was already off to a rocky start, with media polls showing his support rating sliding. Tuesday was the first official day of campaigning for nationwide legislative elections scheduled for Oct. 31.

“I will drastically strengthen our defense capabilities. The Kishida administration is determined to protect our land, territorial sea and air space as well as the people's lives and assets no matter what,” Kishida said, after he had returned to Tokyo.

Kishida was informed of the missile launch after his campaign's opening speech in Fukushima, whose nuclear plant suffered a triple meltdown after the town was hit by an earthquake and tsunami in 2011. After another speech in the nearby city of Sendai, he canceled the remainder of his itinerary in the region.

Kishida became prime minister in early October shortly after winning his conservative party's leadership contest. He dissolved last Friday the lower house of Japan's two-chamber Diet and called national elections, saying he would seek a mandate from the public for his new government.

Kishida said he aims to win the majority of the 465-seat chamber between his Liberal Democratic Party and its junior partner, the Komeito. A total of 1,051 candidates are running, including only 186 women, or 17.7 percent of the total.

At stake are COVID-19 measures and revitalizing the pandemic-battered economy, as well as diplomatic and security issues amid the rise of China and growing security risks including North Korea's missile and nuclear threats.

In roughly two weeks in power, Kishida's government has seen its support ratings slide to 46 percent, down by 3 points from a week earlier. That's according to NHK public television's Oct. 15-17 telephone survey of 2,943 respondents.

The survey, which did not provide a margin of error, also showed support for Kishida's ruling party had dipped to 38.8 percent from 41.2 percent.

Kishida said his government plans to focus on tackling the pandemic and support policies to narrow the gap between the rich and poor in the economy.

“This election is about your choice of Japan's future,'' he said in his Fukushima speech on Tuesday.

Responding to North Korean missile launches, Kishida said he had instructed his government to consider all options, including allowing Japanese forces to acquire pre-emptive strike capability. Critics say this policy would violate Japan's war-renouncing Constitution that limits the use of force strictly to self-defense.

Opposition parties have criticized the ruling Liberal Democratic Party under its two previous leaders _ former prime ministers Shinzo Abe and Yoshihide Suga _ for worsening social and economic disparities in Japan, and have called for a change of leadership.

Yukio Edano, head of the largest opposition group, the Constitutional Democratic Party of Japan, said only major companies prospered under the LDP rule, and criticized the government's handling of the coronavirus outbreak as slow and ineffective.

His party and several other smaller opposition groups have formed a united front to back mutual candidates to increase the chances of winning in small constituencies.

Support ratings for Edano's party is much lower than the LDP at 6.6 percent, while 36.2 percent of the respondents said they are undecided. (AP)