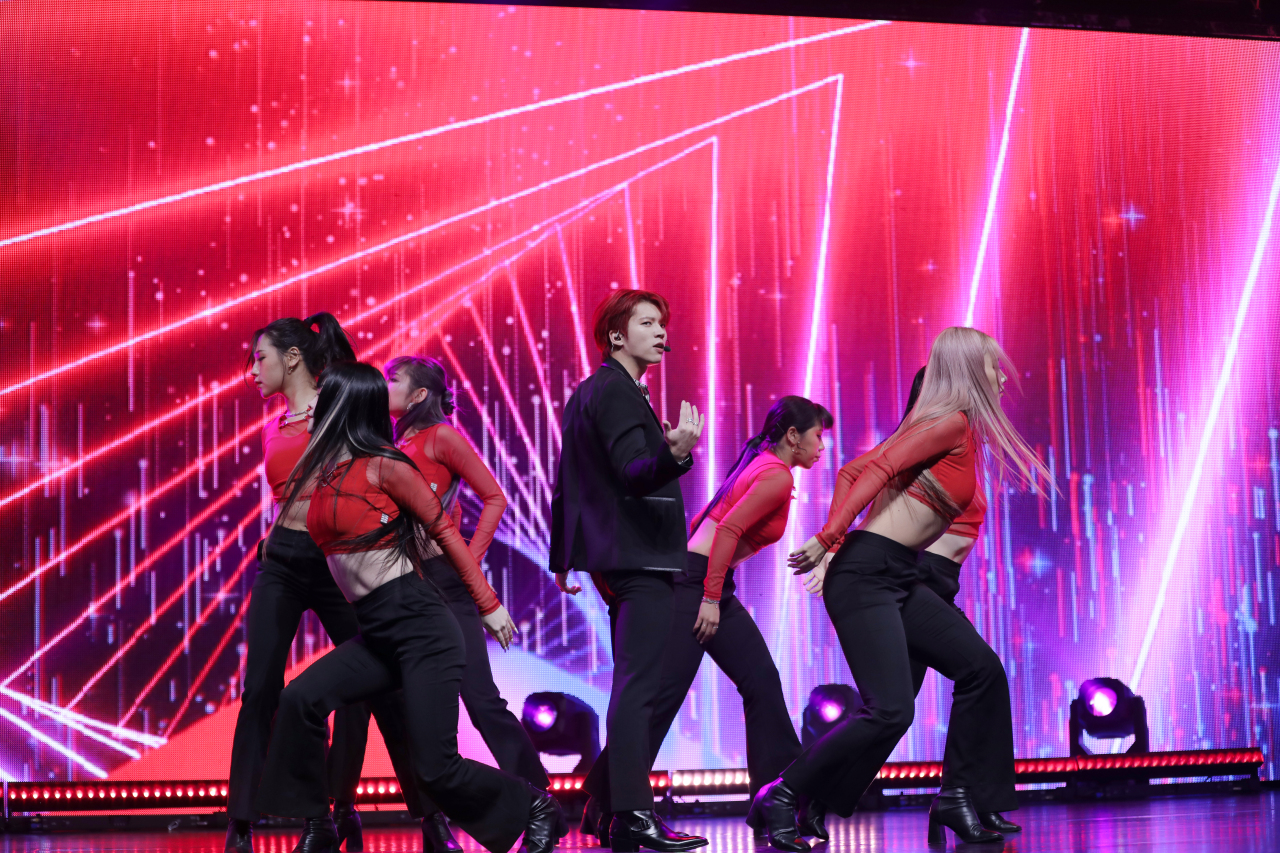 The six-song package talks about thanking the fans who waited so long for the artist’s music. As the title suggests, it is about being together with someone or doing something together, the singer said Tuesday during an online press conference.

The COVID-19 pandemic closed off opportunities to meet fans in person, he added, but he aims to walk together with fans and make more memories to cherish.

Unsurprisingly, the wunderkind showed once again that his musical tastes had broadened. He proved to fans and all those who’d waited that he could have various sounds tailored to him and that his music was worth listening to. 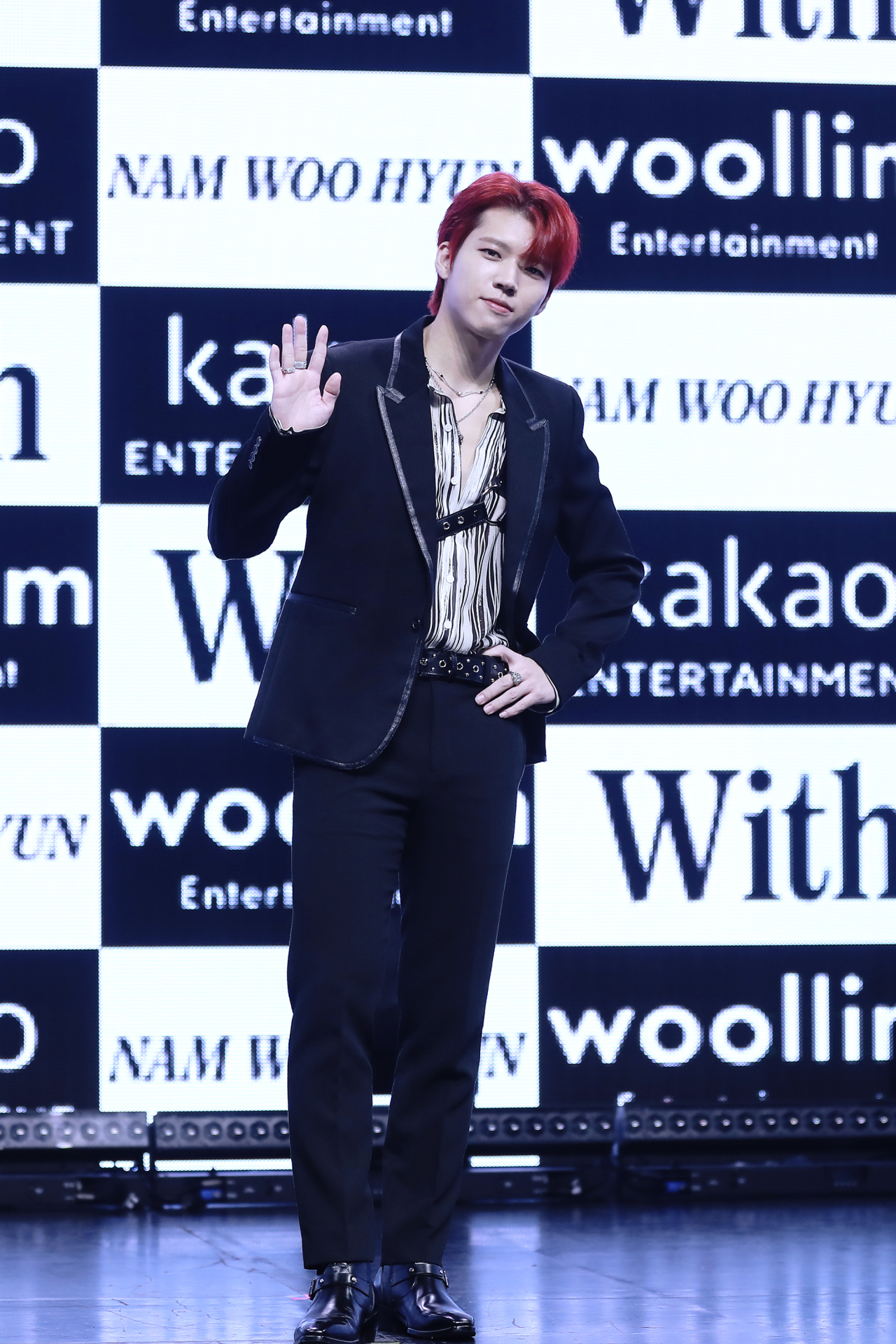 Musician Nam Woo-hyun poses during an online press conference Tuesday. (Woollim Entertainment)
Leading the album is “Calm and Passion,” which the artist described as “music with an ethereal ambiance blended with R&B pop, along with strong bass sounds and sentimental beats.” He went on to say that he’d tried to talk about being cool and holding back his deep thoughts and intense feelings of affection.

The singer-songwriter listed himself as a composer for the main track and also wrote the lyrics to “Alone.” He also said he’d participated in coming up with both the melody and the lyrics for “A Song for You.”

Speaking about the songwriting process, he said he’d questioned himself.

“Nam Woo-hyun as a person is really chill. Especially when I meet my friends, I’m just an ordinary friend anyone would have beside them. But when it comes to music, that’s a different story. As a person who makes music and goes onstage, I relentlessly think about how I could do better and show better,” the singer said. 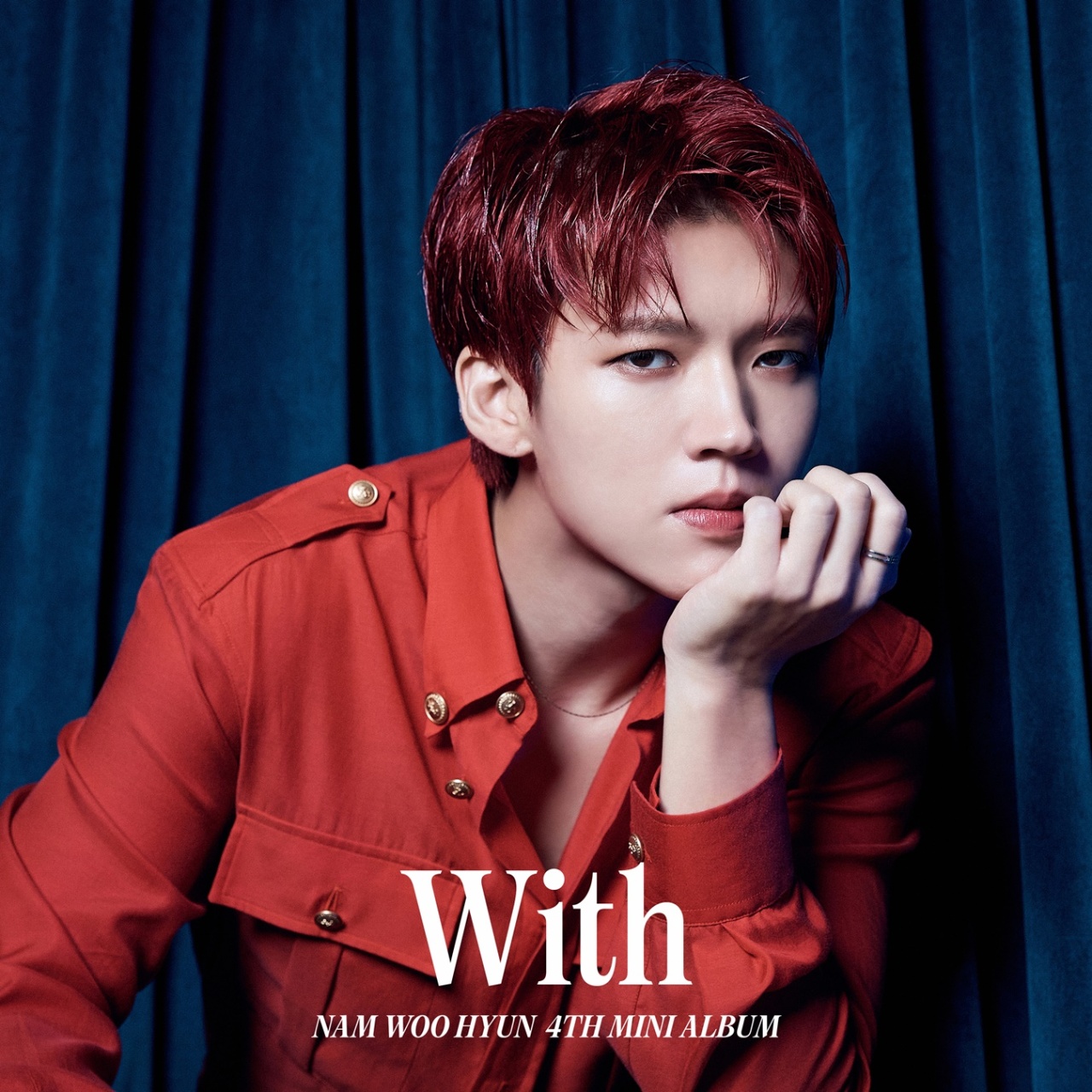 (Woollim Entertainment)
The singer-songwriter added that he’d kept pushing the envelope to come up with better music because he’d been absent from the music scene for such a long time, which is why he expects his heyday to arrive soon.

“I gained immense popularity and love as a bandmate of Infinite and progressively matured throughout the 12 years. But I’m just a rookie as a soloist. I think now is the time for the pinnacle of my musical career, and I would love to experience being on top once again,” Woo-hyun said.

He added that being absent for more than two years was also one of the reasons he’d taken such an active role in the production process. Because it had been a while since he’d last released an album, he wanted to offer his fans better music and visuals.

The 30-year-old enlisted in the military in October 2019. He joined the Nonsan Army Recruit Training Center in South Chungcheong Province, where he received basic military training and fulfilled his mandatory military service as a public service worker. On Aug. 4 he became the fifth member of Infinite to be discharged from the military.

All able-bodied South Korean men between the ages of 18 and 28 are required to serve in the country’s armed forces for about 18 months.

The singer teamed up with tape artist Jo Yoon-jin to tweak his physical album by creating a tape art cover for one version.

He also talked about how the new mini-album signaled the start of his new musical journey, describing it as a “new sequence” in a series. He said fans should be excited because his latest solo album was quite different from the rest.

Woo-hyun said his first and second EPs -- “Write..” and “Second Write..”-- mainly featured soft vocals because he wanted to show a different aspect of himself as a solo musician. For his third EP, “A New Journey,” the singer chose to go powerful and charismatic onstage by interweaving EDM and funk into his songs.

Closing the event, the singer said he’d peppered his album with his own style and with the things that made him unique as a musician.

“During my time in the military, I think I’ve learned how to take things down. And at the end, I realized that I couldn’t settle for good and endeavor on new things for success. You can’t give up just because the road to an outcome is harsh. And also, my fans were always there for me,” Woo-hyun added.

The six-song album was released Tuesday at 6 p.m.