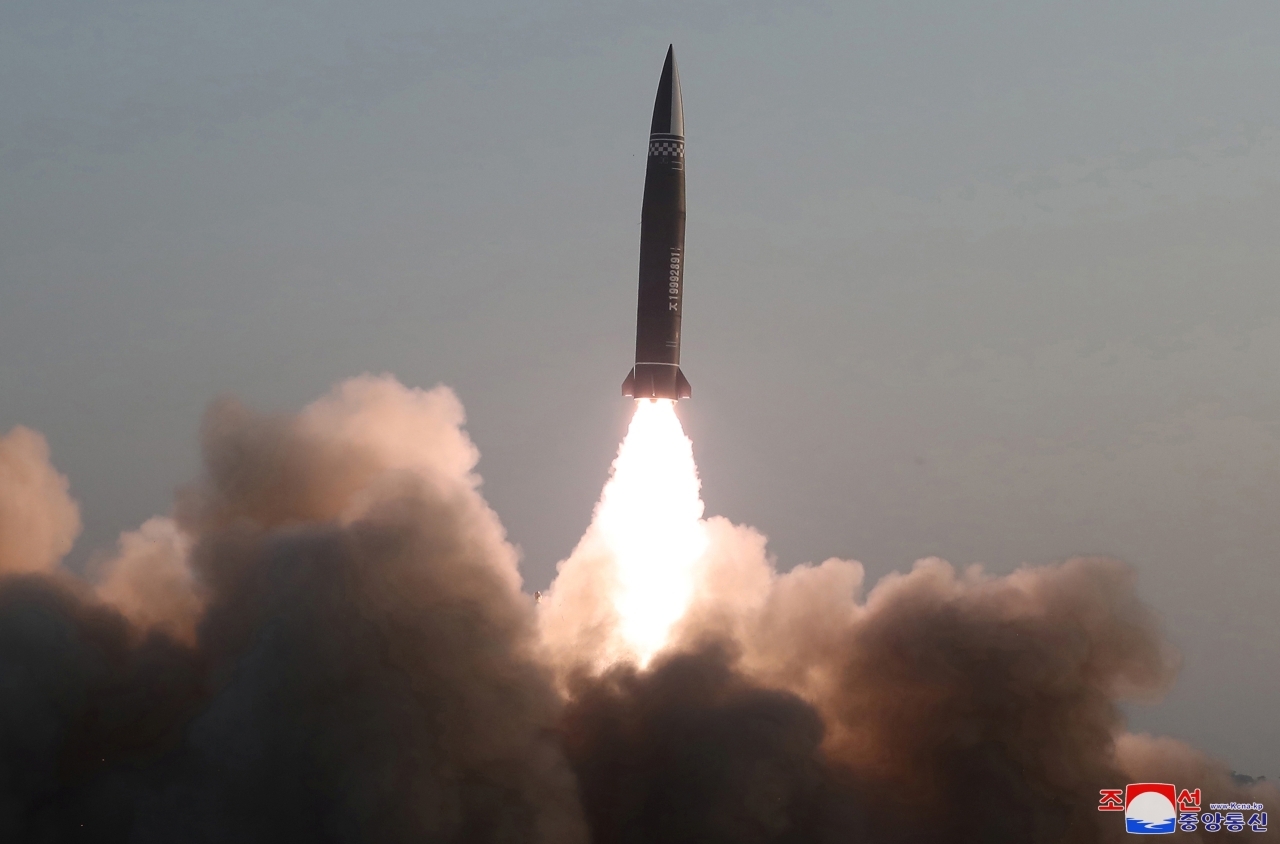 In its latest show of force, the North fired a ballistic missile into the East Sea from near Sinpo, where it is known to be developing a new submarine capable of launching ballistic missiles, according to South Korea's military.

"The liaison call occurred as normal this morning. (North Korea) made no mention related to today's situation," the official said on the customary condition of anonymity.

The two Koreas hold regular daily phone calls via the liaison office at 9 a.m. and 5 p.m.

Tuesday's morning phone call was made just about an hour before the South's Joint Chiefs of Staff announced the North's projectile launch.

Asked to comment on the missile launch, the official was cautious, only saying the unification ministry, which handles inter-Korean relations, will first wait for the military's analysis.

"Our government's basic stance is that inter-Korean dialogue and cooperation is the best way to achieve agreements made between South and North Korea, including the denuclearization of the Korean Peninsula, establishment of lasting peace and progress on inter-Korean relations," the official said. (Yonhap)