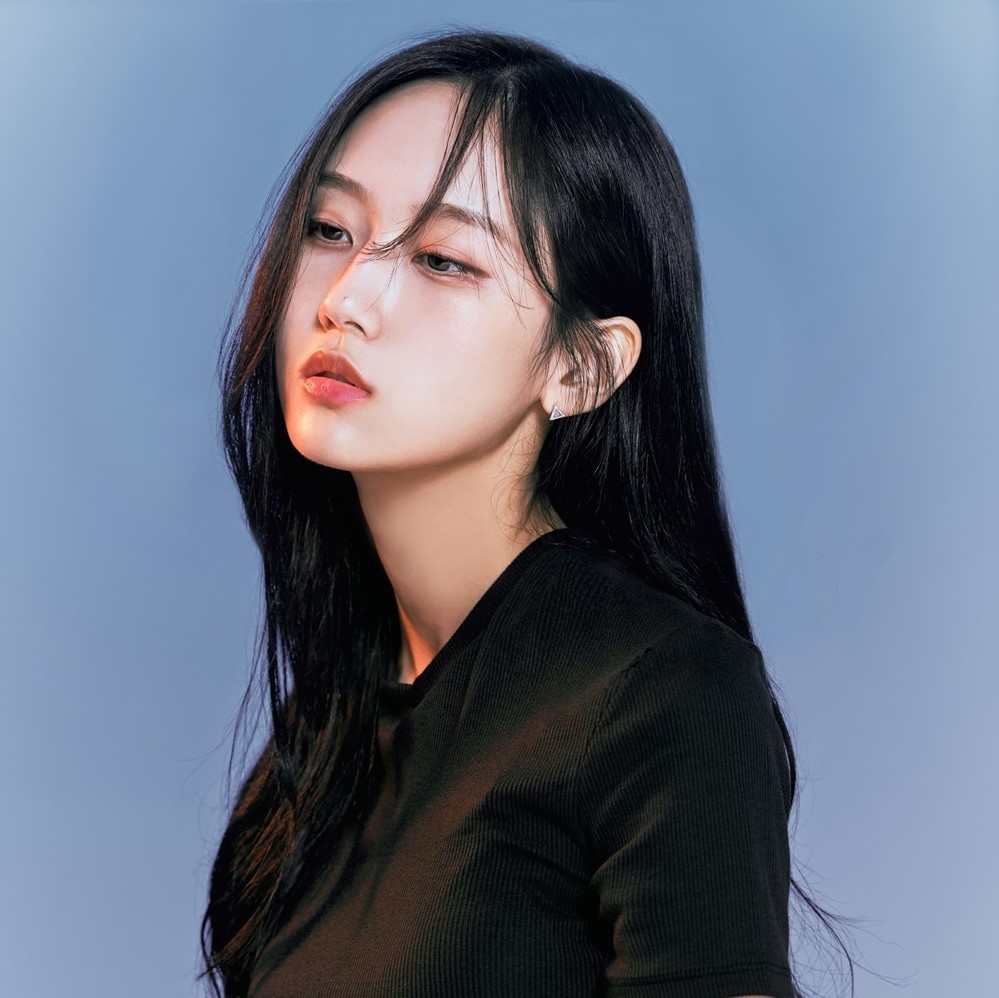 Singer-songwriter Seori (Atispaus)
Facing the deepest, darkest emotions in life, we are often comforted not through words of hope, but by the presence of someone who sits by us silently, sharing our feelings.

Seori, making a splash debut into the global spotlight last year with her soulful, husky voice, hoped her music could be that friend beside her listeners in life, sharing a piece of her own, genuine story in her songwriting.

“I remember, I decided it was a singer-songwriter that I wanted to become when I realized that all the songs that really came through to me were those written by the singers themselves,” Seori said in an interview with The Korea Herald in late September. “Because it was through music that I was consoled, I wanted to make music that could also heal others.”

From a cover song artist on YouTube to one of the most coveted musicians on the K-pop scene, the last two years have been a whirlwind of new projects for Baek So-hyun, or Seori as she has come to be known.

“I’ve always loved singing, but I wasn’t sure I could stand out as a singer because there were just so many talented people. That’s why I started with covering famous songs, because I wanted to see how my voice was received by others. Fortunately, it turned out even better than I’d anticipated.”

In March 2019, Seori uploaded her first cover -- Corinne Bailey Rae’s “Like A Star” -- garnering hundreds of thousands of views on YouTube. With that as a start, her unique, soulful voice coupled with her exceptional English pronunciation instantly caught the ears of those on the lookout for fresh talent. 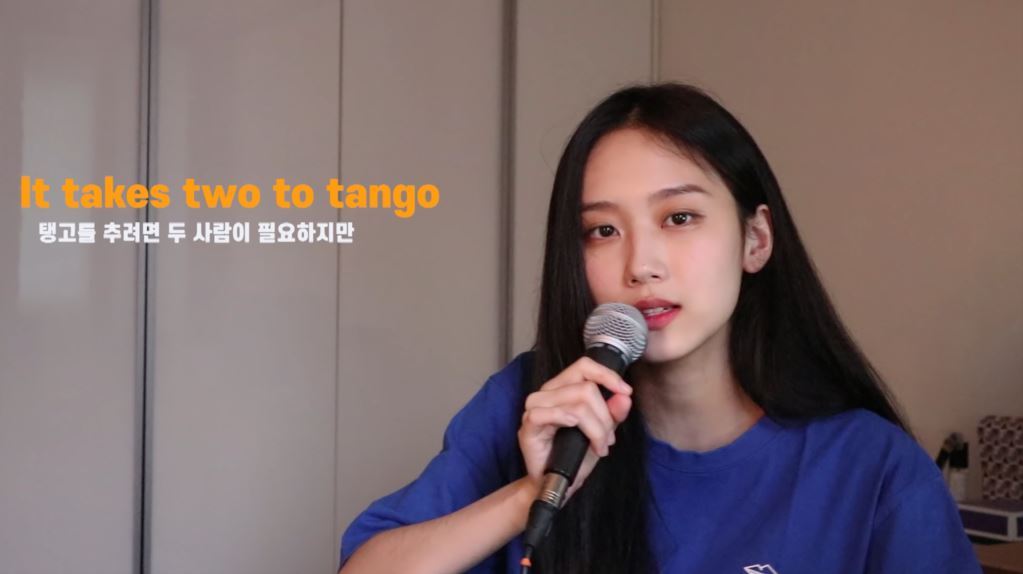 (Screenshot of Seori's YouTube video cover singing Abir's "Tango")
Content label Atispaus -- referring to “space of artists,” according to the label -- was among several music labels reaching out to Seori. Although still a nameless group of artists at the time, Seori said she felt confident in the label upon their first meeting.

“I felt respected. Graphix, the in-house producer, came into the first meeting and we actually worked together. The production itself was fun, but at the same time, I felt that Atispaus knew what they were doing.”

The company proved fearless in making the decisions that were best for their artists. While the use of narrative and universe was common to support a K-pop group, it was a rare case for a rookie, female soloist from a small label to be promoted in such an expansive scope.

With Seori at the center, Atispaus has been rolling out a metaverse story in which all its artists across different fields -- from music to video, novels, photography and design -- create content of their own. As a musician and performer, Seori dropped her first EP, “?Depacse Ohw” -- read as “Who Escaped?” -- in May 2020.

“Although the story revolves around me, experts of various fields all come together, connected through the common story, to create content of their own,” Seori said. “Not only does the public have more dynamic content to enjoy, but the artists have more chances to communicate directly with each other to realize their own ideas.”

Within four months of her debut, Seori made her name known to the larger K-pop audience through her first collaboration with boy band Day6’s Jae, also going by eaJ, for the single “It Just Is.” Jae said he had discovered her on YouTube through her cover songs and reached out to her first.

This year, Seori also featured on popular rookie group Tomorrow X Together’s “0X1=Lovesong (I Know I Love You),” the lead track from the act’s second studio album, “The Chaos Chapter: Freeze,” which dropped in May.

(Left) Tomorrow X Together`s "The Chaos Chapter: Freeze" image / (Right) Jungkook of BTS (Big Hit Music)
“I was really lucky. Hybe reached out to us first, sending us the song. Being a longtime fan of rock music as a listener, I loved the song at the very instant. It was really cool to visit the Hybe building and record the song with TXT,” she said.

The biggest moment, perhaps, was when her songs were listed on the YouTube Music playlist of BTS’ Jungkook.

“It still feels unreal, not only because he’s such a huge star, but also because I have this tendency to contain myself so that I don’t get emotionally overwhelmed. I’m extremely grateful, yet I think it’s like a defense mechanism to lower my expectations,” she said.

The humble words come from an artist who continues to head upscale with her projects this year. She signed with global music label 88rising’s roster of ambitious talents from around Asia, and went on to take part in the soundtrack for the Marvel film “Shang-Chi and the Legend of the Ten Rings,” making her name as one of the first South Korean musicians to feature on a Marvel soundtrack.

Throughout the interview, the 25-year-old artist chose each word with care, intent to convey her genuine thoughts.

Her personality also shows through in her music, all of which is written and composed by the singer-songwriter herself.

Seori explained she starts from scratch for all her works, rather than deciding on a message or genre first. The source of inspiration may be any single musical element, from a chord or melody to a single lyric, and from there she builds on the song, connecting the dots of her ideas.

“This way, that original source is not lost in the midst of production. If I start from a completed track, that itself already fills up the sound and there’s not much space for me to tell my own story. I feel starting from a blank page and piling on my own layers would enable me to endeavor different genres yet maintain my own ‘color.’” 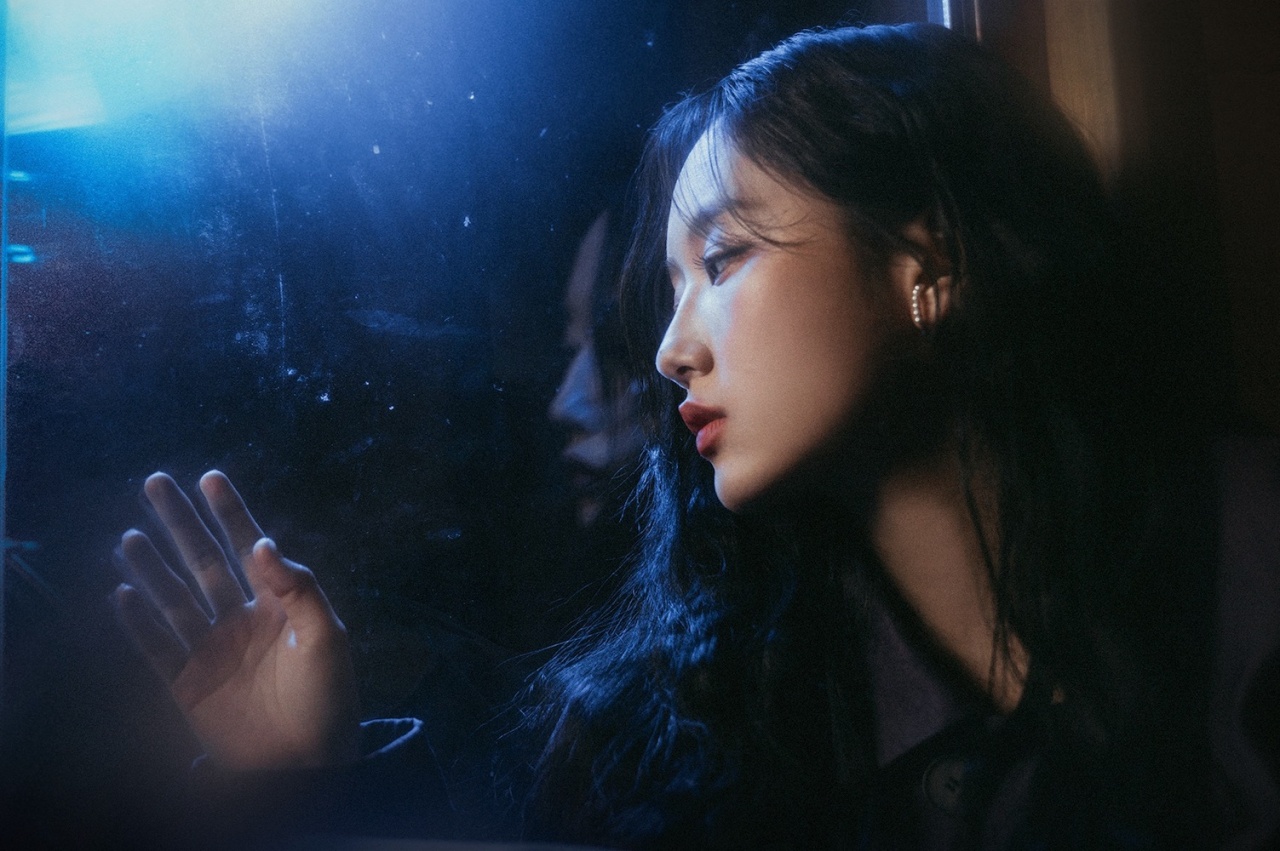 Image of Seori's "The Long Night" (Atispaus)
A shadow of her past emotions and thoughts, Seori’s music often leads her to examine her innermost thoughts. Upon finishing the six tracks for her first EP, Seori realized they all voiced different feelings of “escape,” and so titled the album “Who Escaped?”

And while most of her songs are tinged with sorrow, at the end of the road laid out by Seori lies a small, yet strong hope. And here, the listeners dwell, facing their own emotions.

Written years back when she was going through her darkest days, “I Wanna Cry” is an embodiment of the excruciating pain she faced. It was only years later she could write lyrics to fit the melody.

“It croons of a really depressive emotion because I felt that it’s not ‘it’s OK’ that helped me when I was depressed, but ‘I feel you’ and ‘I want to cry too.’ I thought it was those people facing their deepest despair who were actually struggling the hardest to survive.”

Upon escaping from her past with EP “?Depacse Ohw,” Seori has turned the page to a new chapter in her life: love.

With her recent four singles, Seori drew out the various shapes of love.

She turned dark with her first single “Trigger,” which sings of a twisted, unsafe love, whereas with “Lovers in the Night” she embodied the thrill and anxiety in the spark of new love. For “Long Night,” featuring rapper Giriboy, she sings of the loneliness of sleeping through a long night without one’s lover. 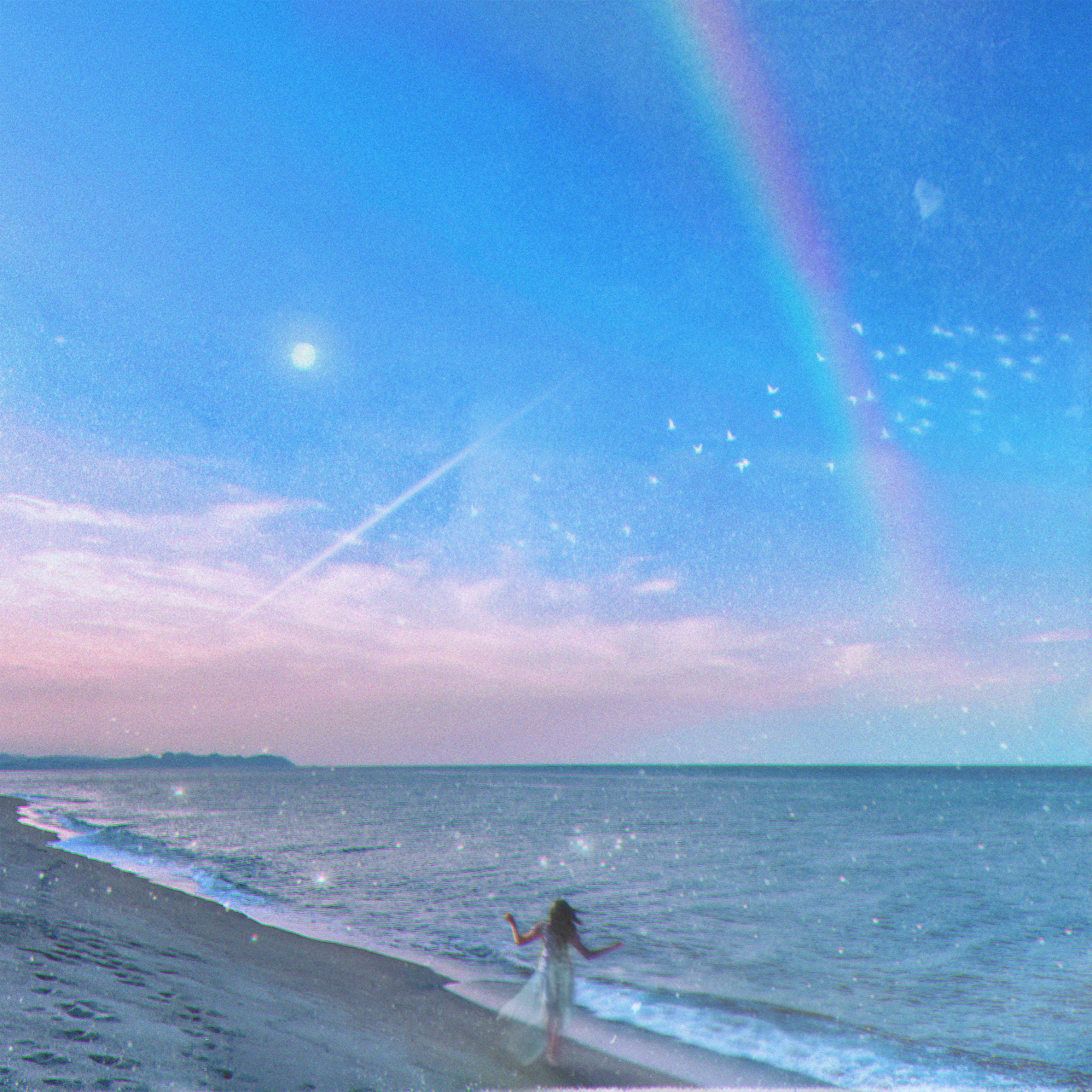 Cover art image of Seori’s “Dive With You” (Atispaus)
Seori attempts a cool summer vibe in her latest single “Dive With You,” released Aug. 22. Singing of a passionate love, like the purity of diving into the water, the song was inspired by Harry Styles’ 2019 song “Watermelon Sugar,” she explained. Day6’s Jae lends his voice and contributed in the songwriting.

“While I initially wrote a pop tune for a male voice, the producers suggested the song matched my voice, but with a male duet. And hearing that, I thought Jae was just the person. Thankfully Jae accepted the request,” she said.

Love is not just the message weaving through her songs, but what drives her to continue making music.

According to Seori, it was only recently during a meetup with some of her earliest fans that Seori was able to conceive how far she has come and how much love she is receiving.

“A million views online and huge collaborations -- they were all incredible, but maybe it was because I tried to control myself from feeling too overjoyed, they felt distant, out of reach. The whole career sometimes felt so unreal that I felt like it was a part of a staged show,” she said.

But the June meeting with fans was real. From one fan who’d come straight to the event after being dismissed from his military service to a fan who burst into tears of joy from Seori’s gift of a handmade air freshener, the love she’d only seen online was there in front of her eyes.

“The energy I’d felt from that fan meeting was so strong that it lasted for several days. Coming back home, my mom and I cried a lot reading the letters from fans. That was when it hit me the hardest that I was receiving such invaluable love,” she said. Her eyes seemed to glisten as she revisited the overwhelming memory.

The rookie artist said her goal in music is to keep going with it.

“There was a time when I used to answer that I wanted to be a good influence. Although it’s not completely wrong, I felt I wasn’t being true to myself. Facing my honest self, the answer was simple: because I love music. I want to perform on bigger stages, work with more artists I love and hear louder screams from fans -- for a long, long time. And to do this, I’ll strive to stay true to my music and my thoughts, not losing myself in the way.”