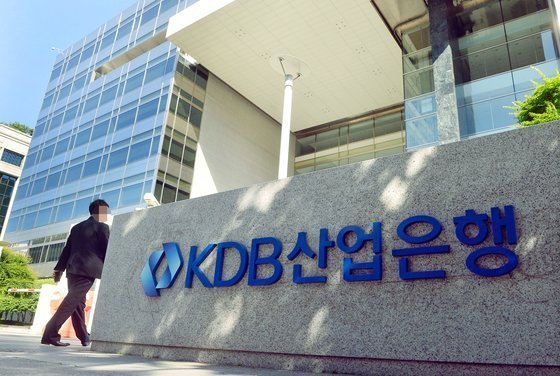 From 2011 to 2020, the KDB extended loans worth a total of 6.9 trillion won and guaranteed a further 3.3 trillion won worth of loans for natural gas or oil projects, data submitted by the state-run bank to ruling Democratic Party Rep. Min Hyung-bae showed.

Of that amount, 5.9 trillion won went to natural gas projects, accounting for 49 percent of the total investment. Some 28 percent, or 2.9 trillion won, was funneled into oil-related projects, and the rest was classified as investment in “gas and oil” projects.

“Oil and natural gas have a high level of carbon emissions, as much as coal,” Min said in a statement.

“The state-run bank’s financial support for fossil fuel-related projects amid the government efforts to achieve carbon neutrality by 2050 and launch funds tied to the Green New Deal is a major issue,” he added.

Min explained that the KDB’s decision to use government-backed money to finance fossil fuel projects defeated the purpose of the 2050 carbon neutrality goal and increased energy-related risks for Asia’s fourth-largest economy.