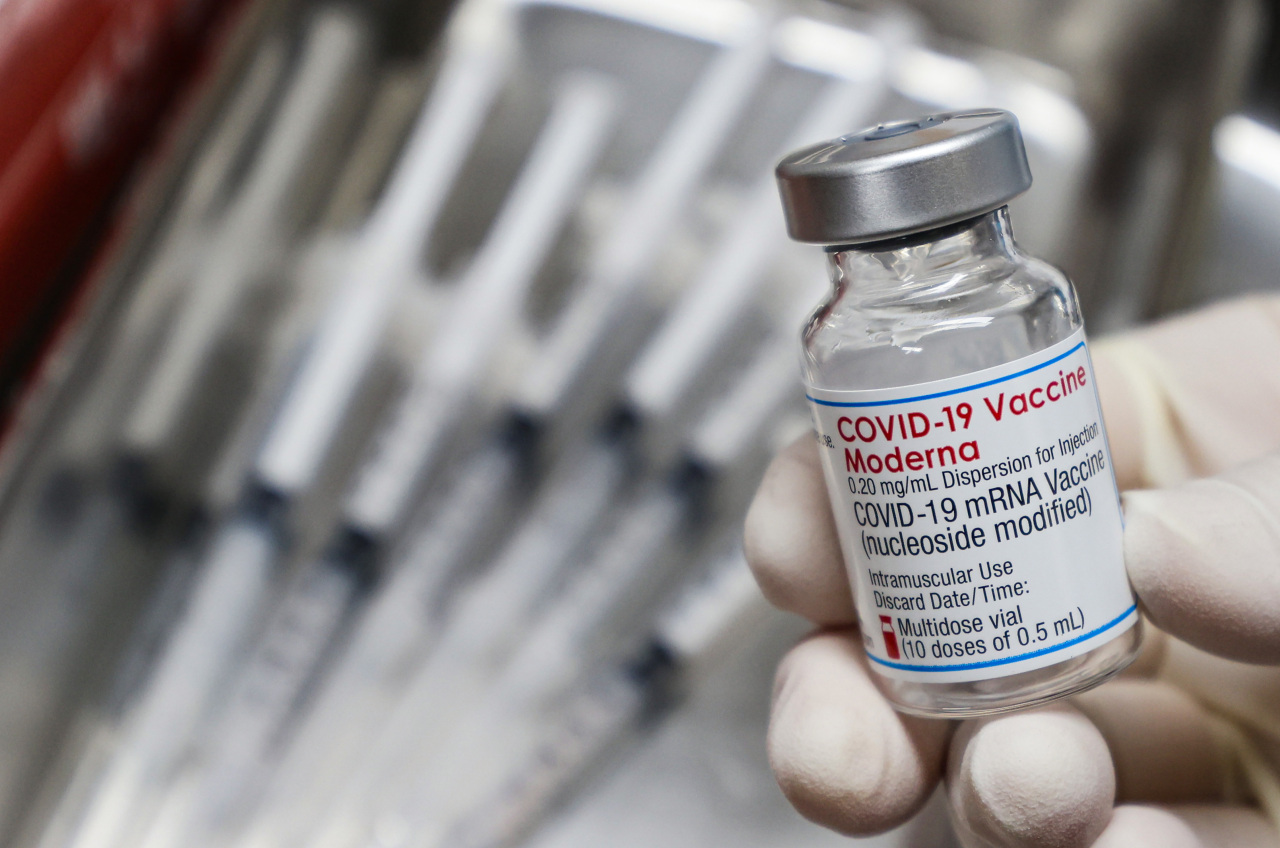 South Korea’s top health agency said Thursday that it would be evaluating the age recommendations for the use of the Moderna COVID-19 vaccine in the wake of recent decisions by some European countries and Japan, which are now discouraging its use in some young people.

Hong Jeong-ik, head of the KDCA’s vaccination management division, told a news briefing that the national advisory committee on immunization practices and a panel of outside experts would be conducting a safety review of Moderna’s vaccine based on updates to ongoing assessments of side effects, as well as the changes to recommendations in other countries.

Currently, Korea recommends that Moderna’s vaccine be used in people 18 years of age and older.

In last week’s closed-door briefing, Hong told reporters that Korea would not follow other countries in limiting the Moderna vaccine’s use in younger people, citing a lack of data to support the move.

Thursday’s comment came as Japanese health authorities said for young men under 30, Pfizer’s vaccine was a better option over Moderna. Some Nordic countries, including Finland, Norway and Sweden, have paused or limited the use of Moderna’s vaccine in younger age groups over the past week, due to a higher risk of rare forms of heart inflammation.

Symptoms of myocarditis and pericarditis can vary, but can include chest pain, shortness of breath and a rapid, fluttering or irregular heartbeat. These side effects mainly occur in men under 30, with symptoms appearing within several days of the second dose.

The KDCA’s committee for investigating vaccine injuries said it had received 328 reports to date of suspected myocarditis or pericarditis following a Pfizer or Moderna vaccination. Upon reviewing 164 of those reports, the committee confirmed that 63 involved cases of heart inflammation, with 56 of them reported after a Pfizer shot and seven after a shot of Moderna’s vaccine.

By the time the data was compiled, about 21 million people had received Pfizer’s vaccine locally and 6 million had received Moderna’s.

Since the rollout began in late February, 78 percent of the 51 million people in Korea have received their first dose of a COVID-19 vaccine, while 61 percent are fully vaccinated.

So far in October, an average of 278,208 doses of vaccines have been given each day in Korea.