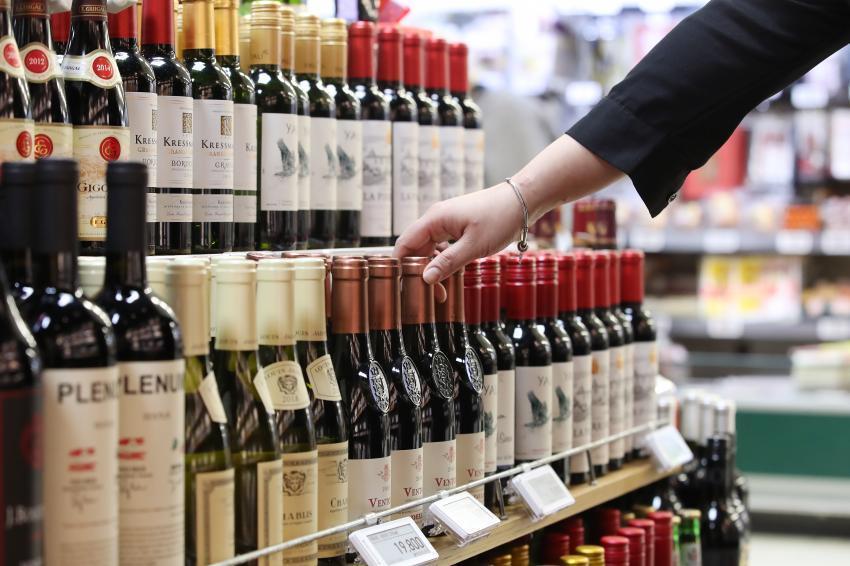 This Yonhap file photo shows a customer picking a wine. (Yonhap)
South Korea's wine imports nearly doubled in the first eight months of 2021 from a year earlier as more people enjoyed drinking at home and alone amid the coronavirus pandemic, data showed Thursday.

Asia's fourth-largest economy imported $370.5 million worth of wine in the January-August period, up 96.5 percent from a year earlier, according to the data by the Korea Customs Service and industry sources.

The figure surpassed last year's imports worth about $330 million and exceeded those of beer, which amounted to $147.8 million in the eight-month period.

Industry sources said wine imports soared in the first eight months as people preferred drinking by themselves at home instead of going to bars amid the coronavirus pandemic.

In contrast, beer imports dipped in the first half as imports of Japanese brands tumbled on a boycott of goods from the neighboring country due to Tokyo's curbs on exports of key materials to Seoul.

Also responsible was the growing popularity of homegrown craft beer among local drinkers, according to the sources.