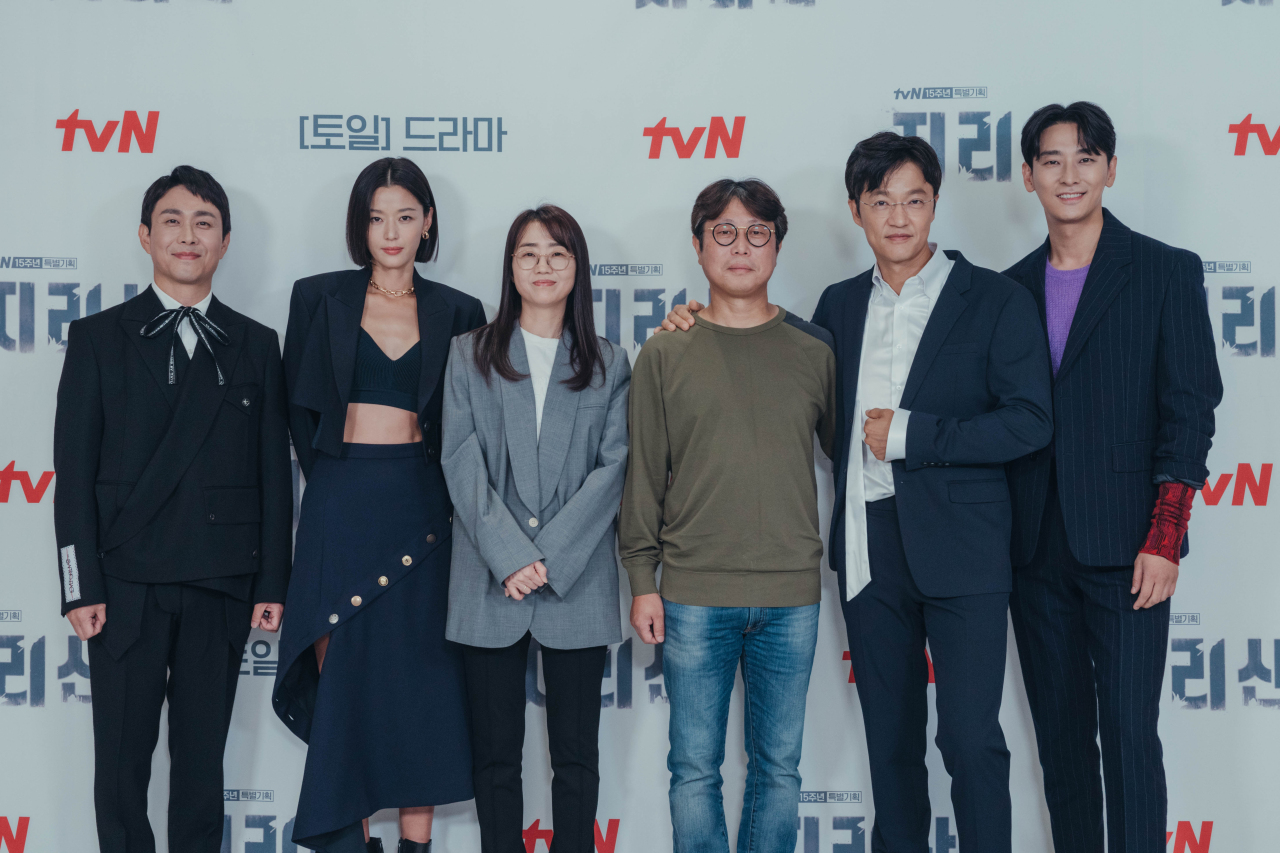 “To be honest, I have never been to Jirisan National Park. I have heard and read about the mountain in history classes and novels. I felt that Jirisan was a place to visit with a dearest wish. The mountain has been there for thousands of years and I thought a lot of souls would be wandering around the forest,” Kim said in an online press conference held Wednesday.

“I thought any strange event or mystery can happen in Mount Jiri,” the writer added.

“Jirisan” is considered one of tvN’s most anticipated dramas of the year with its star-studded cast and crew, including actors Jun Ji-hyun, or Gianna Jun, Ju Ji-hoon, Oh Jung-se and Cho Han-cheul.

Actors Jun and Ju, both stars of the global zombie sensation “Kingdom,” expressed their satisfaction working with screenwriter Kim, who was also behind the Netflix hit zombie series.

“I think it is a great privilege to work with Kim consecutively. Who would refuse and scripts written by her?” Jun said.

As for the reasons for taking on the role of Seo Yi-gang in the upcoming mystery thriller, Jun said she was simply drawn by the power of Kim’s script.

“Whenever I read Kim’s storyline, I feel that the script is very detailed. Even a minor scene plays a huge role when the story is headed to its conclusion. I’m always surprised and admire her imagination,” the actor said. 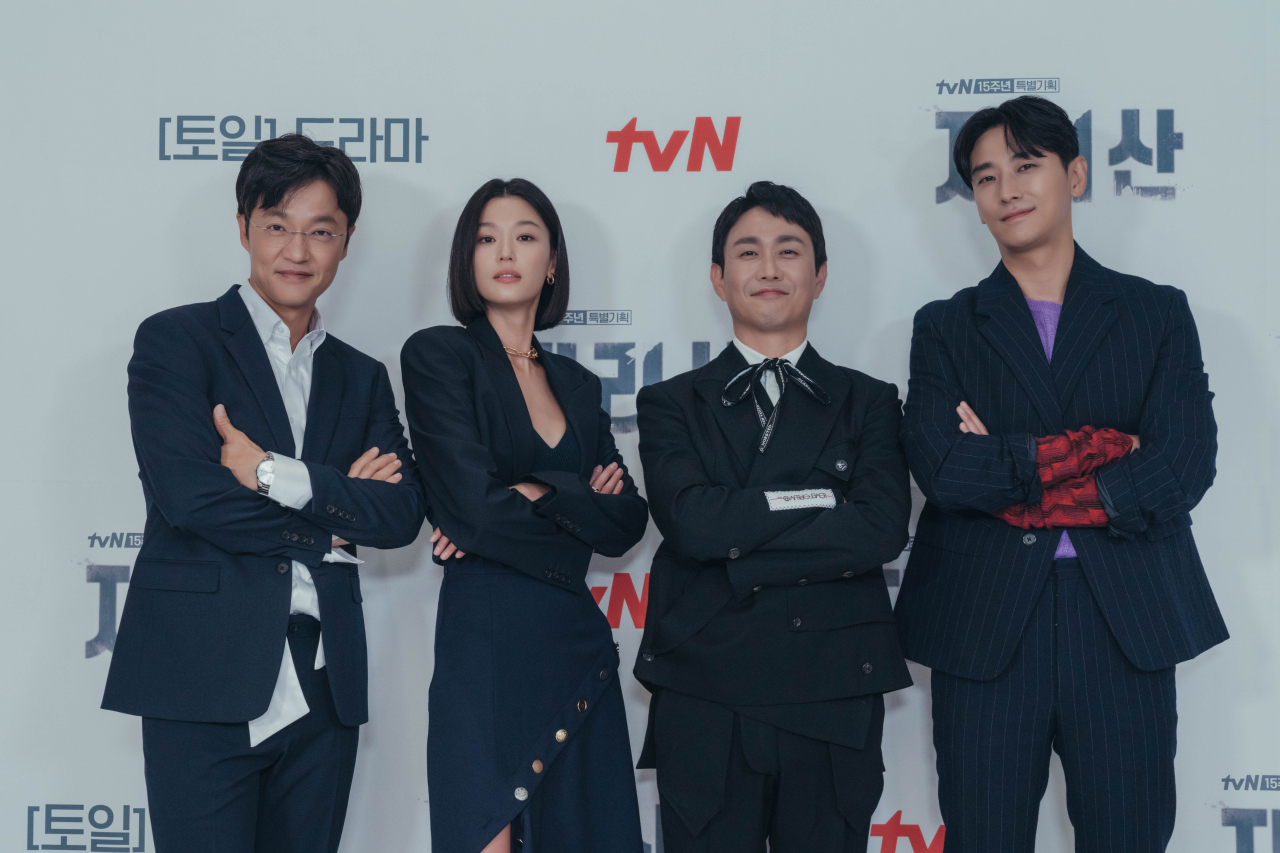 Ju said, after working with Kim for a very long time, it feels as if she were his own aunt.

“Similar to what Jun has said, Kim’s scenario is full of texts and directions. The viewers may not easily spot these details, but she requires very precise actions and facial expressions when acting her characters. She always brings challenges to the actors,” Ju told The Korea Herald.

Actor Cho Han-cheul, who also starred in multiple tvN hit drama series -- “Vincenzo” and “Hometown Cha-Cha-Cha” -- said: “From oceans to mountains, I have been very close to the country’s natural environment. As our screenwriter Kim mentioned earlier, I also think many people visit Mount Jiri for different reasons. I am certain that the viewers will enjoy the various stories that will be presented through our drama.”

While new techniques and equipment were used to shoot the vast mountains, cinematographer Choi Sang-muk, who participated in the online press conference in place of director Lee Eung-bok who could not attend due to health reasons, said that filming the four seasons of Mount Jiri was an amazing challenge and a notable feature of the drama. 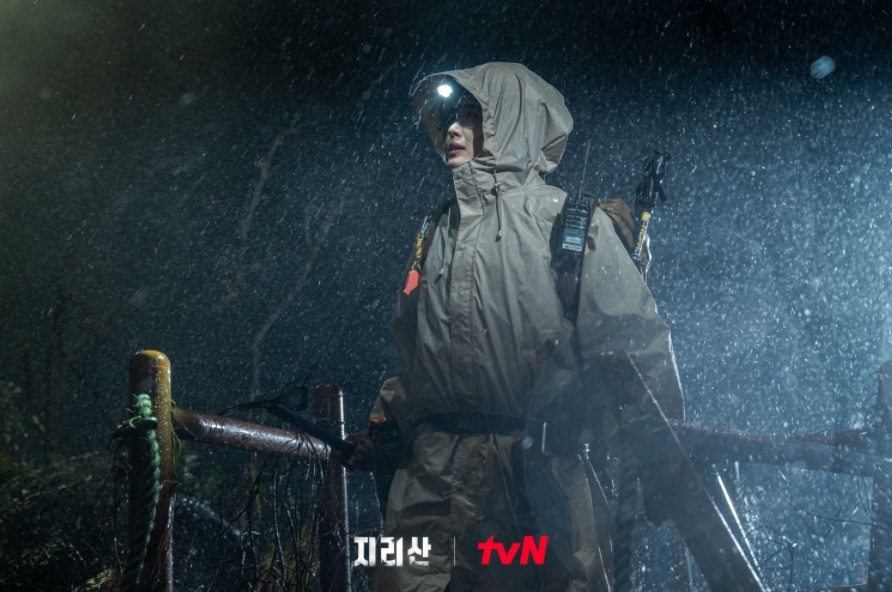 Actor Jun Ji-hyun plays Jirisan National Park’s top ranger Seo Yi-gang in “Jirisan.” (tvN)
All members of the cast agreed that they have the utmost respect for all mountain rangers, after briefly experiencing what it would be like to rescue people in the harsh natural environment using heavy equipment.

“I vaguely thought that a 119 rescue team would be involved in accidents happening in the mountains. But this is not the case. I have written about forensic scientists and a cyber terror response squad, who work with dead people. The rangers rescue and save people from death. I hope many people get to know more about the mountain rangers by watching ‘Jirisan,’” Kim, the screenwriter, said.