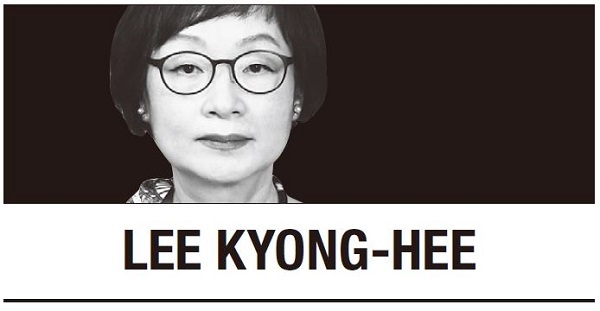 Torrential rain fell all night. It just meant more monsoon season drainage work would be needed during the next interlude. Nobody in the small provincial city of Gongju, South Chungcheong Province, imagined the utter chaos that was about to be unleashed by a Hankook Ilbo exclusive report: “New Baekje royal tomb found.”

The discovery of King Muryeong’s tomb on July 5, 1971, during drainage work to protect two adjacent royal graves from the Baekje Kingdom in its old capital, led to the excavation and retrieval of artifacts in just 3 1/2 days. More precisely, from the removal of the bricks and lime sealing of the arched entranceway leading into the untouched, sixth-century royal burial chamber to the recovery of the last burial objects, it took less than a day. Instead of meticulously brushing sediment off objects, recording their location and placing them on trays, frantic hands tossed them into boxes and sacks.

The painful realization that it was an incredible way to handle an intact ancient tomb -- let alone that of an identified royal couple -- only came later to those who were involved in the excavation and its press coverage. Kim Won-ryong, then director of the National Museum of Korea, who led the excavation, reiterated remorse for his ill-advised instructions up to his death in 1993.

“I was very lucky to have had the opportunity to examine and excavate an untouched royal tomb,” Dr. Kim told me. “But thinking of the process always makes me feel ashamed. It seems I forgot the ABCs of archaeological excavation in the face of totally unexpected developments.”

He went on, “I decided that, with the uncontrollable commotion of the press, there was no choice but to finish the excavation as quickly as possible. We worked day and night to complete our digging in a great haste. Due to my mistake, much valuable information was lost, leaving vital questions as eternal mysteries.”

Ji Gon-gil, who participated as a junior researcher and later served as director of the National Museum of Korea, recalled in his 2011 book “Archaeology, Museum and Me”: “When I emerged from the tomb, carrying the last box of major objects, it was bright outside. What remained now were the numerous tiny gold ornaments and colorful beads, entangled in the heaps of fine roots as deep as a handspan, covering the floor.

“No doubt we should have recovered those articles after photographing and measuring, which would take many days given their volume and condition, but nobody made such a basic suggestion. We swept those tiny items and fine tree roots together into sacks, starting from the entranceway. After working overnight, I felt numb. But the memory of this scene, together with the metal sound of spade blades scratching the brick floor, still rings in my mind.”

Ji confessed another irrevocable mistake. Because he was the youngest member of the team, one of his duties was documenting the excavation in photographs. He brought a new camera purchased by his office, the current Cultural Heritage Administration, then named the Cultural Properties Management Bureau. But Ji was unfamiliar with his new equipment and his film rolls ended up with mostly half-exposed frames. Therefore, most of the photos available today were taken by reporters who had converged on the tomb from around the country.

The media frenzy and the public’s excitement were understandable; it was the first royal tomb from the Three Kingdoms Period (18 BC-AD 660) ever discovered intact, containing a wealth of personal ornaments of the king and queen, and a variety of burial offerings. To this day, King Muryeong (r. 501-523), the 25th ruler of Baekje, remains unique among the 114 monarchs of the Three Kingdoms and the subsequent Unified Silla (676-935) in that his tomb produced an epitaph clarifying his name.

The problem was that it was the first major archaeological excavation ever conducted by Koreans on their own after the establishment of the Republic of Korea. Neither the concerned government offices nor scholars had any experience in handling a sudden discovery.

As for myself, then a fledgling reporter of only 18 months, I struggled to collect information and describe the excavation and artifacts in English. Assessing the correctness of the operation was far beyond my knowledge and experience back then. And, of course, the internet had yet to arrive to instantly resolve deficiencies.

Therefore, it was in part for personal reasons -- hopefully to overcome my regrets -- that I visited a special exhibition marking the 50th anniversary of the excavation of the tomb of King Muryeong, which is underway at the National Gongju Museum. The exhibition showcases everything from the tomb -- a total of 5,232 items in 124 categories.

The exhibits range from gorgeous accessories of the royal couple, including their gold crown ornaments, to a mysterious stone animal that guarded their burial chamber, stone slabs declaring that land was purchased from gods to build their tombs and revealing the dates of their death and burial, and wooden coffins reconstructed using remaining fragments. Also on display are numerous metal nails with decorative tops for unidentified usage, fragile fabric pieces and even tiny flakes of gold foil that have fallen off the wooden headrests of the king and queen.

Anyone who remembers the haphazard excavation should consider the exhibition an eloquent testimony to the marvelous achievements in various related studies of archaeology, art history, material properties, and conservation science and technology over the past five decades.

The subtitle of the exhibition, “Preparing for the Next Half Century,” hints at future efforts to resolve the remaining puzzles concerning the tomb and its occupants. Considering their international character, it would be highly desirable if the academic communities of Japan, China and Korea cooperated to shed light on regional relations and exchanges during the lifetime of King Muryeong. He pursued active diplomacy with neighboring countries while significantly increasing the military, economic and cultural strength of Baekje.