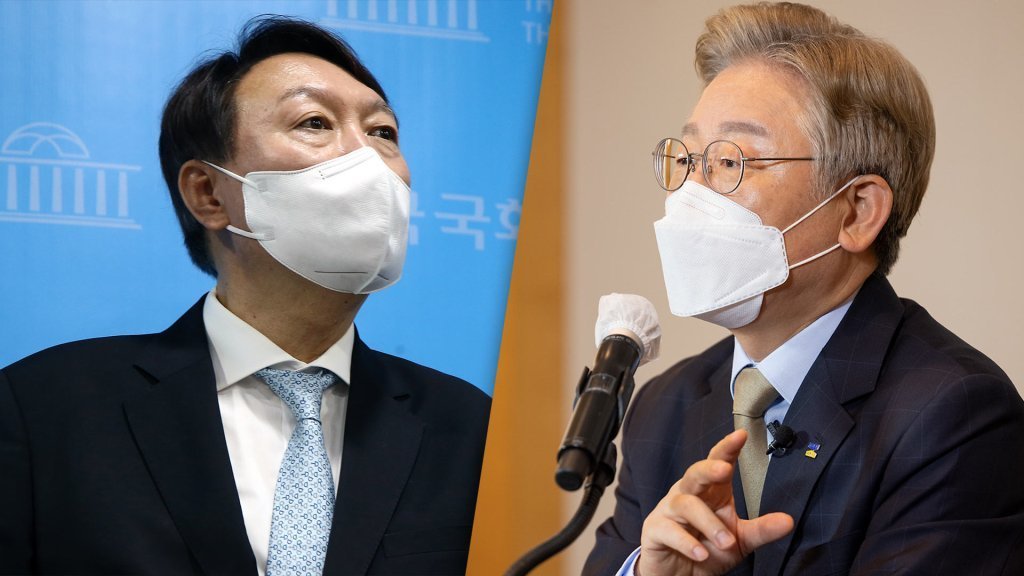 Lee was leading Yoon of the People Power Party (PPP) 26 percent to 17 percent, according to the joint poll by four pollsters -- Embrain Public, Kstat Research, Korea Research and Hankook Research.

In the same poll last week, Lee was leading Yoon 29 percent to 17 percent, enjoying a comfortable margin of 12 percentage points.

Rep. Hong Joon-pyo, another presidential contender from the PPP, finished third with 15 percent, followed by ex-Prime Minister Lee Nak-yon affiliated with the DP at 11 percent.

In a hypothetical two-way race that pitted the Gyeonggi governor against the former prosecutor general, Lee had 44 percent of support against Yoon's 33 percent, the survey showed.

The latest result came as the governor is under intense political attacks from the opposition over his alleged involvement in the snowballing corruption scandal surrounding a lucrative city development project launched in 2015 in Seongnam, south of Seoul, when he was the city's mayor.

The poll canvassed 1,006 voters nationwide from Monday-Wednesday and has a 95 percent confidence level with a margin of error of plus or minus 3.1 percentage points. (Yonhap)