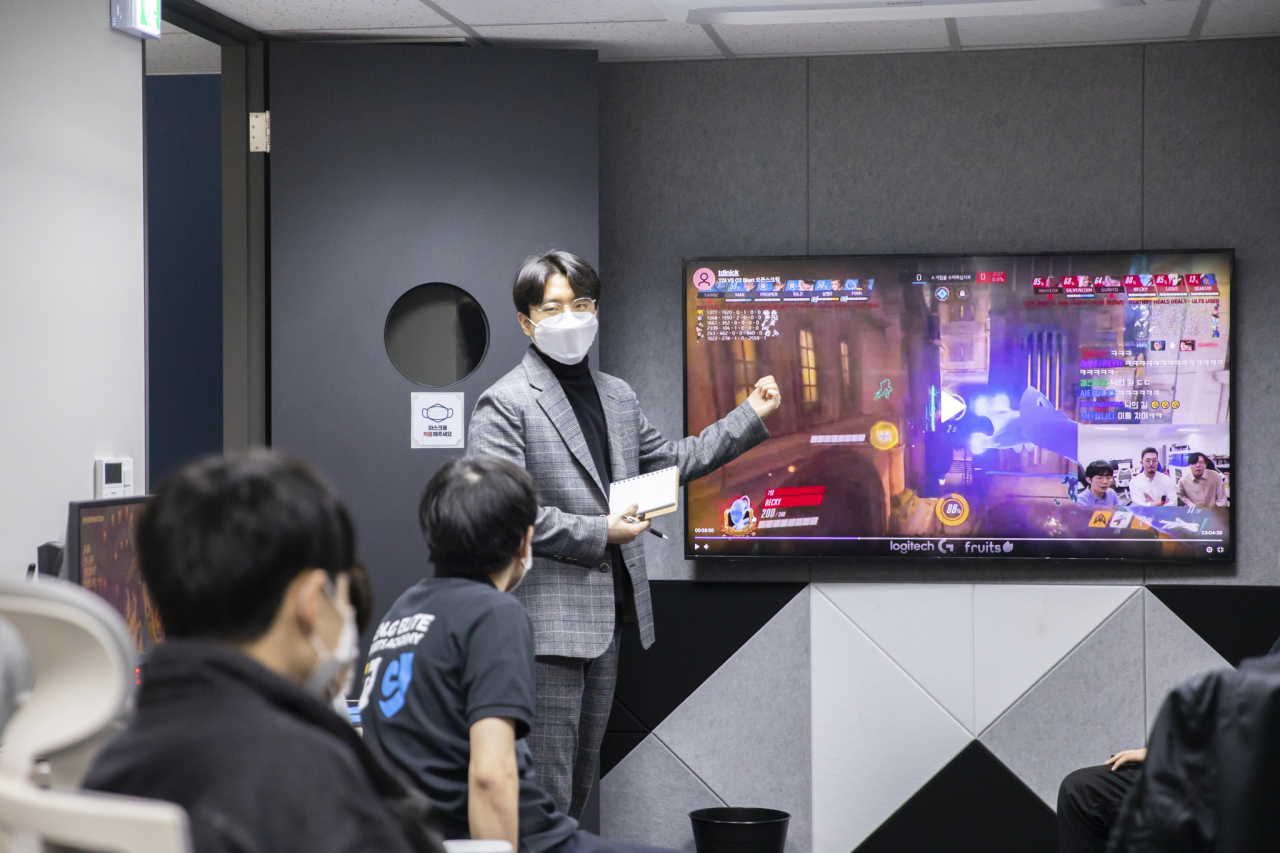 Students review their plays with a coach at GenG Global Academy (GGA)
Once ignored and disdained by older generations, esports has now become a mainstream activity for many South Koreans.

Starting with the first Starcraft Pro League in 2003, esports has long sought to be recognized as an official event in the South Korean sports industry.

While South Korea is widely known as the home of esports, games, especially computer games, were long regarded as harmful for youngsters. For Korean parents wanting their children to be academically successful, games were an evil to be avoided.

Despite the hostile environment, Korea has continued to produce global esports legends, like Lee “Faker” Sang-hyeok, who have popularized esports.

Asked about the wealth of esports talents in Korea on the tvN talk show “You Quiz on the Block” last month, Faker pointed out the easy access to internet cafes, better known here as PC bang.

The global esports star might have been joking about PC bang, but the esports training system in South Korea is systematically structured and clearly mapped out.

“In an emerging industry, youngsters have very little knowledge with which they can create opportunities to work in the esports industry. Like learning any new skill, gaming also requires a deep understanding of the theory, mechanisms and how to work as a team. We are trying to help the students with an organized curriculum,” GenG Global Academy President Guan Wang said during an interview with The Korea Herald at GGA Headquarters in Nonhyeon-dong, southern Seoul, on Sept. 27. 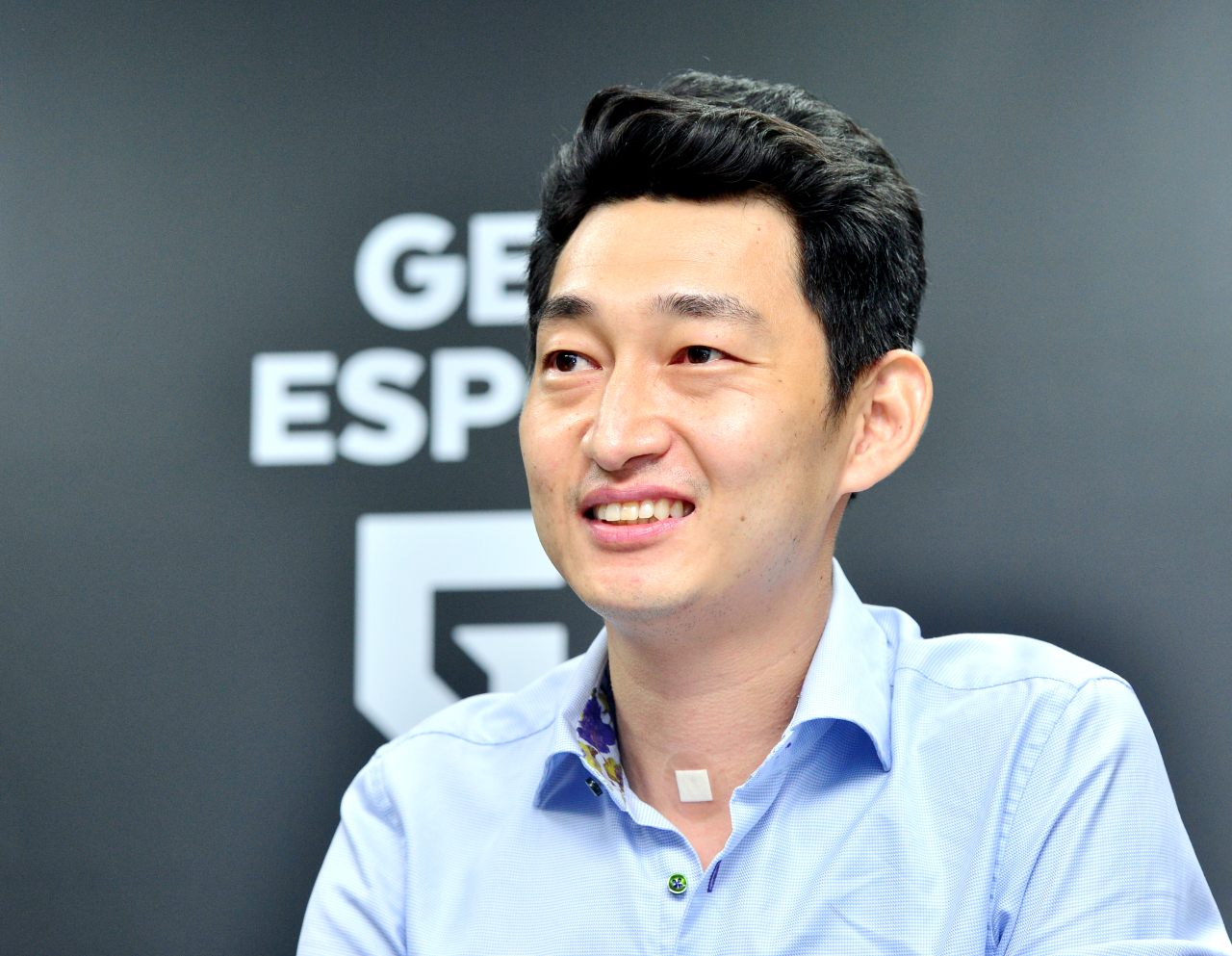 President of GenG Global Academy Guan Wang speaks in an interview with The Korea Herald in Nonhyun-dong, southern Seoul, on Sept. 27. (Park Hyun-koo/The Korea Herald)
“It’s true that only a few are selected and set off on a career as a pro gamer. However, our curriculum and esports-related programs can lead to overall personal development in terms of leadership, engagement and communication, which, I believe, are valuable assets that the students can take away,” he added.

Current GGA coach and a former League of Legends player An “Ian” Jun-hyeong pointed out that students can indirectly experience the life of pro gamers at the academy. From getting feedback by reviewing the games to learning new game mechanics, the curriculum provides each student a chance to understand the lifestyle of a pro player, which was unimaginable just few years ago, he said.

The curriculum and price varies depending on the games and individual goals, but GGA offers two main programs – a solo track and a team track. Those who simply wish to improve their play are recommended to take the solo track, while youngsters aiming to become pro gamers are recommended the team track.

Talentaside, sincerity is one of the most important factors that contributes to a successful esports career, Kim Sung-min, the deputy director of Game Coach Academy, pointed out.

“Spending a lot of time playing games is not the quality that the pro teams expect. The players are required to follow regular training, study the games and review their plays. I think our program is more focused on raising the students to be able to adapt to following the routines of pro gamers than teaching game techniques. I try to keep reminding my students that hitting the keyboard and clicking the mouse is not enough,” Kim added.

The older generation’s views on gaming has been changing. The percentage of parents who play games with their teenage children increased by 11.5 percent from 2018 to 2021, reaching 57.5 percent, according to the latest report by Korea Creative Content Agency. 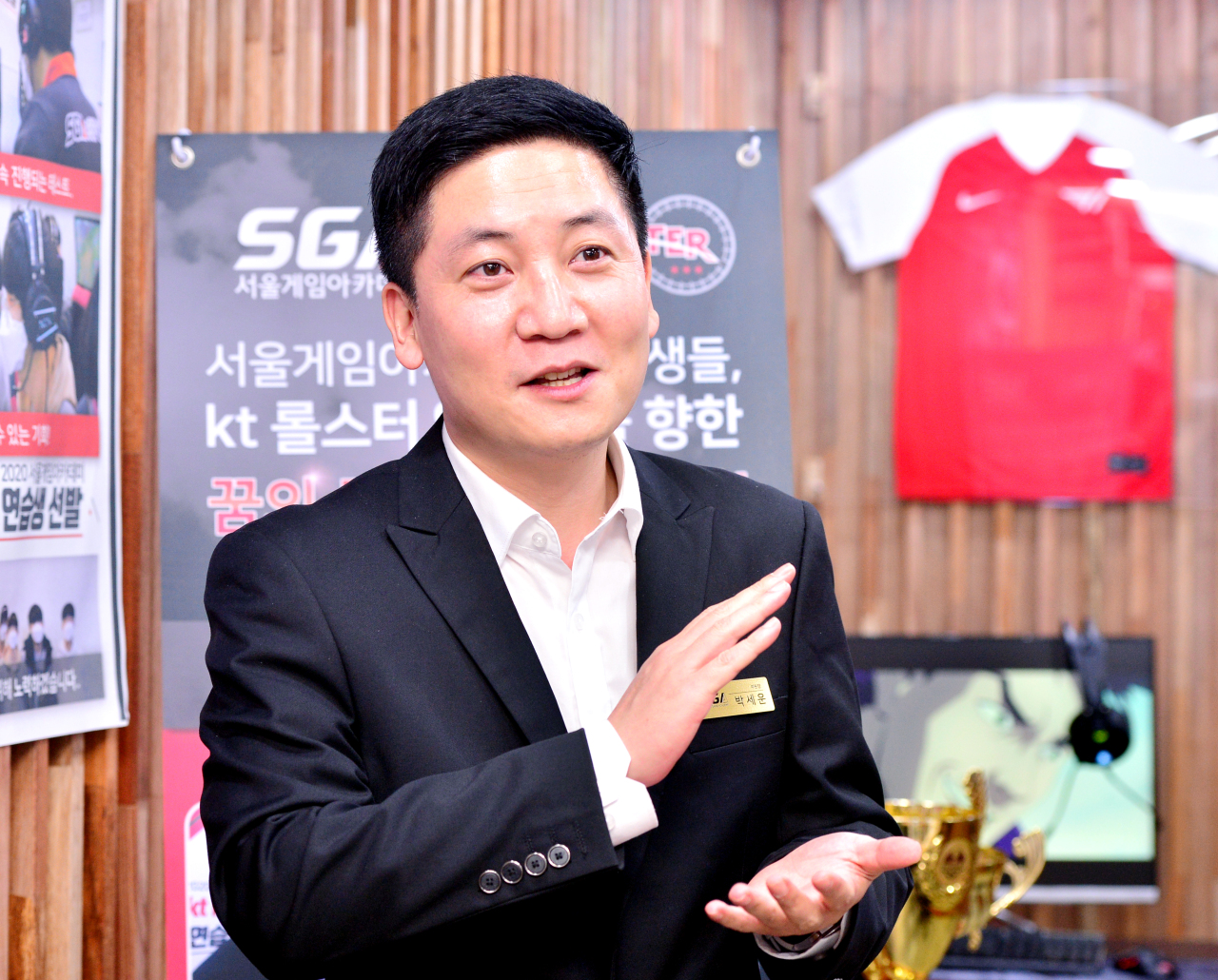 Deputy director Park Se-woon speaks during an interview with The Korea Herald at Seoul Game Academy in Jongno, central Seoul, on Oct. 1. (Park Hyun-koo/The Korea Herald)
“Unlike three or four years ago, I now meet a lot of parents who try to support their child’s dream and spend the time to learn more about esports. I can definitely feel the change in the air,” Seoul Game Academy deputy director Park Se-woon said in an interview with The Korea Herald on Oct. 1.

“We are living in an era where playing games is no longer regarded as a waste of time. Games can be taught to people with the desire and the passion to work in the esports industry. The status of esports has changed greatly,” Park said. 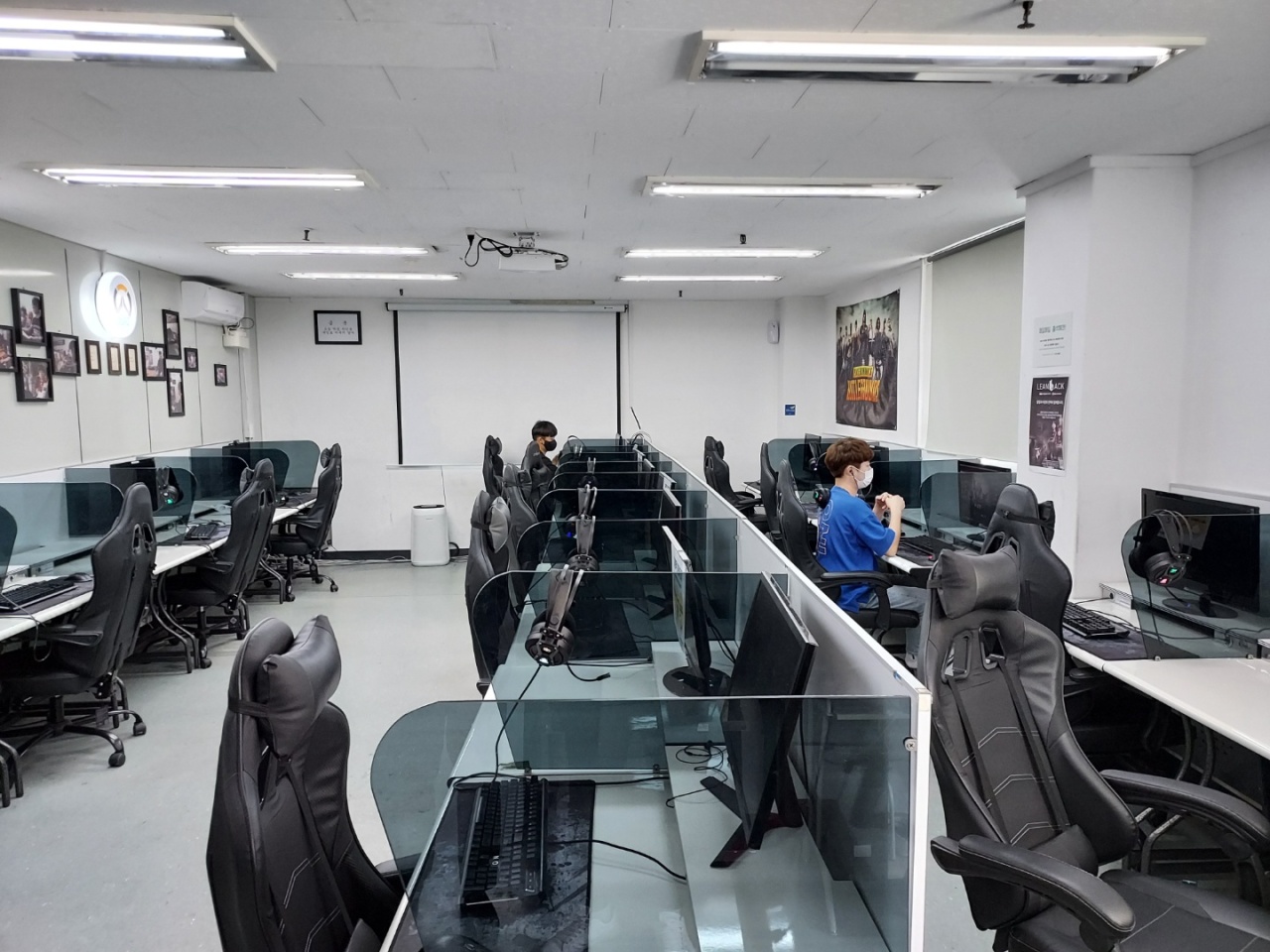 Students practice in a Seoul Game Academy classroom (Lee Si-jin/The Korea Herald)
Following its success as a demonstration event in 2018, esports is scheduled to make its Asian Games debut in 2022 with medals events, the Olympic Council of Asia announced on September.

“I might have been a better jungler, had I taken the curriculum a little bit earlier,” said Mun Jeong-hyun, referring to a position in the League of Legends that involves assisting teammates.

Mun’s next goal is to become a professional League of Legends streamer. The 28-year-old attended the programs offered by the GGA after she was released from her team participating in one of League of Legends tournaments for female gamers.

“Before coming to the academy, I never thought that I was one who had many problems. Now I want to become am esports professional. I learned a lot from my coaches,” Mun told The Korea Herald.

According to Mun, she was able to play the games under professional coaching, review her play, gain knowledge and experience scrimmage matches with another team through the team track classes. A scrimmage match is an unranked online match between several players or teams.

Though she is not aiming to become a pro gamer, Mun could not hide her satisfaction with the curriculum.

“The biggest merit of an esports academy is that I can meet friends with similar goals. This is a great place to get motivated and share valuable information about esports teams’ open tryouts,” the student said.