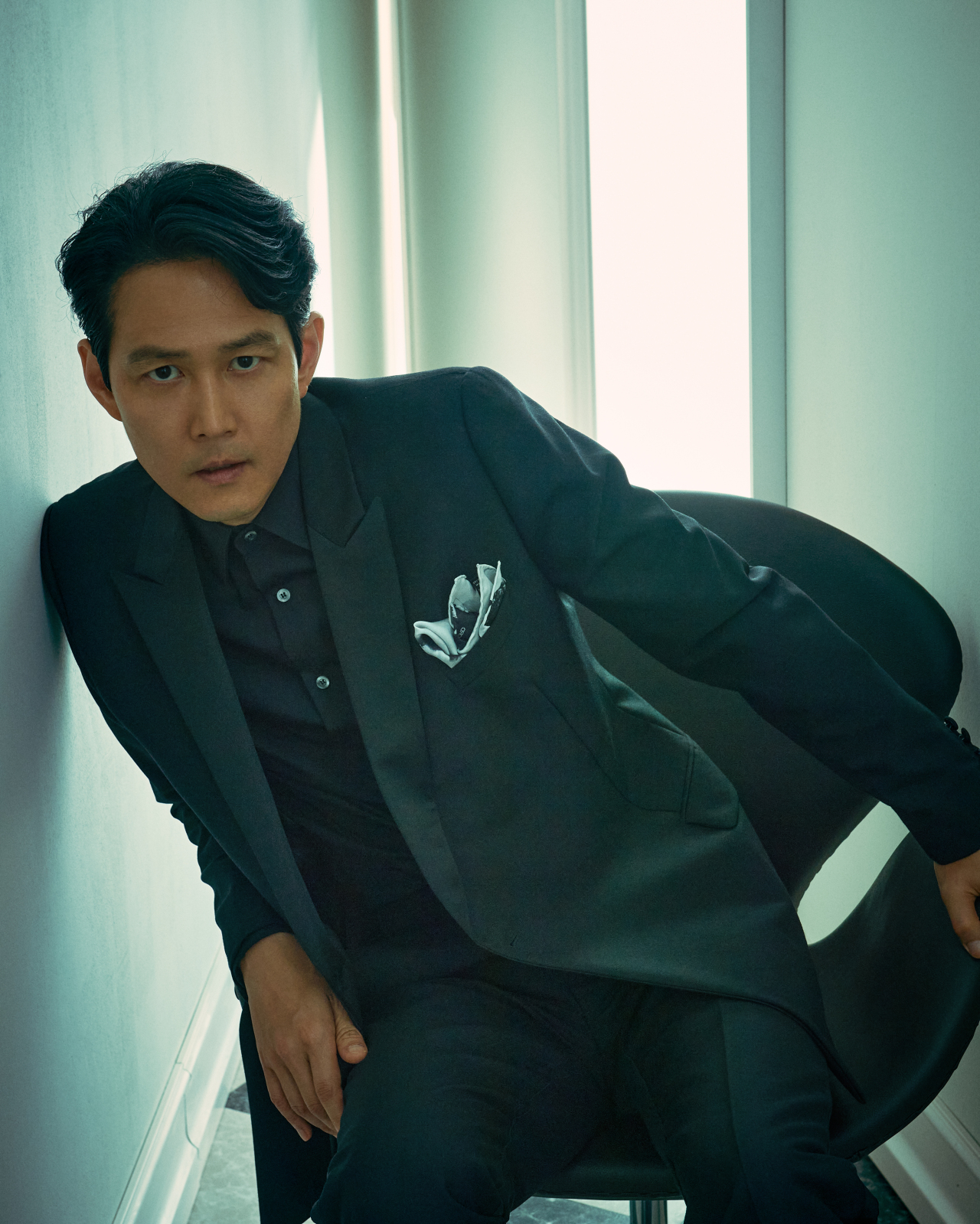 Mesmerizing viewers is not an unusual experience for the veteran actor, but Lee was shocked when he first saw himself as Ki-hoon.

“Watching myself playing the role of Ki-hoon gave me goosebumps. I laughed a lot when I monitored the work after its release. Acting Ki-hoon was definitely a refreshing experience, making moves and facial expressions that I rarely used in acting more charismatic figures or villains,” Lee, who has mostly appeared in films in recent years, said during an online interview with a group of reporters Wednesday afternoon.

The Netflix megahit centers on debt-ridden contestants accepting an unexpected invitation to compete in selected childhood games for what turns out to be a life-changing sum.

Despite the life-threatening situations the games throw up, Lee captured the global audiences’ over with the humorous character, Ki-hoon.

“I recognize that a lot of fans like me to play a more humorous character. Ki-hoon was, of course, very different from the roles in my previous works -- ‘Deliver Us From Evil,’ (2020) ‘The Face Reader,’ (2015) ‘Assassination’ (2015) and ‘New World’ (2013). I am grateful for the views loving different sides of Lee Jung-jae and watching other contents after learning about me in ‘Squid Game.’ I hope this leads to the international audience’s love for many other Korean contents.” Lee said.

Asked why he decided to make his small screen return as a player in a mystery survival game, Lee said he was absorbed into Ki-hoon and scenario just like other “Squid Game” enthusiasts. 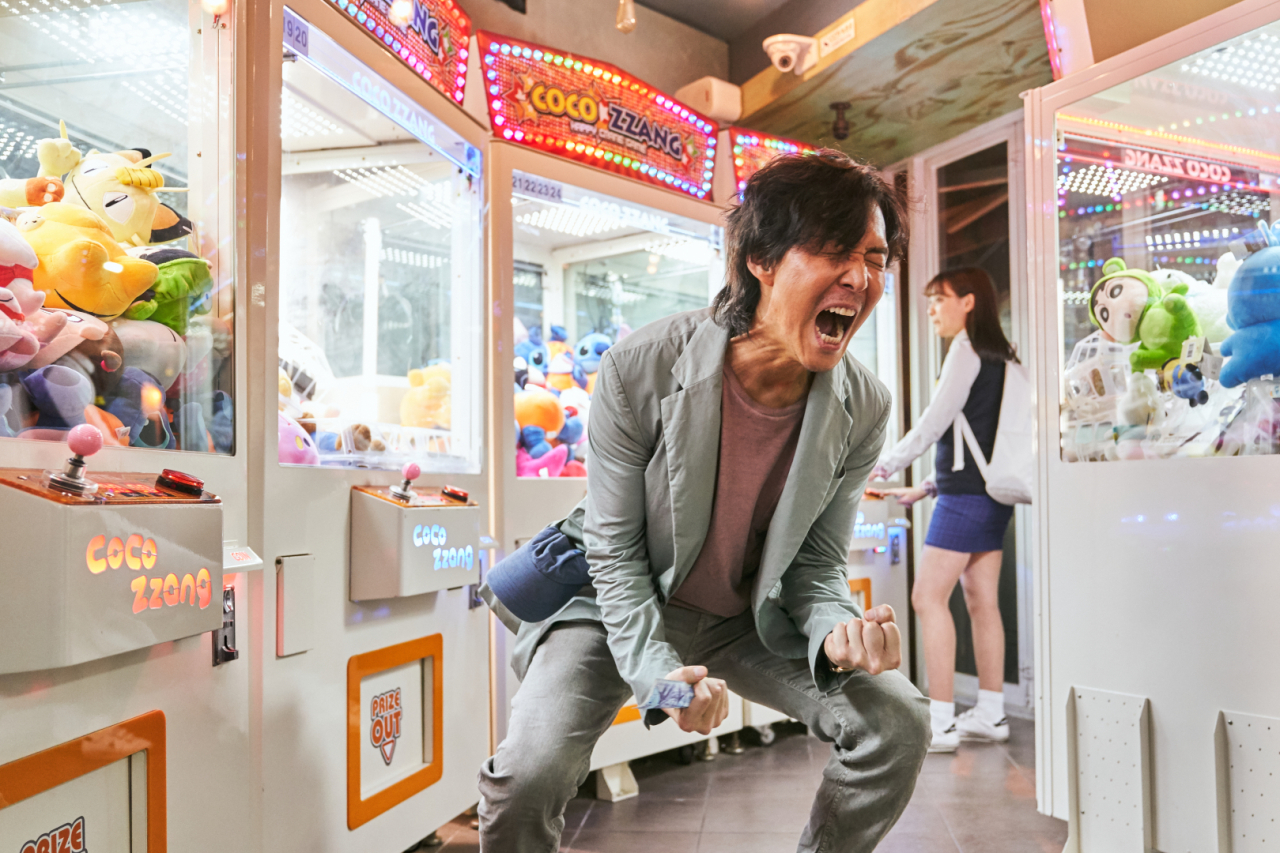 Actor Lee Jung-jae plays debt-ridden divorcee Ki-hoon in “Squid Game” (Netflix)
“I do not separate the scripts and decide on doing either movies or drama series in a certain year. I always think of what I can do best and how I can entertain the public when I first receive the script. I thought Ki-hoon would allow me to show different sides of actor Lee Jung-jae,” Lee said to The Korea Herald.

Lee acknowledges that Ki-hoon can be heavily criticized for not caring his old mother, wasting money by betting on horse racing and not looking after his daughter.

”Making Ki-hoon’s actions understandable, entertaining and even charming for the viewers was a huge challenge and I shared a lot of opinions and thoughts with director Hwang Dong-hyuk to properly express the character,“ the actor added. 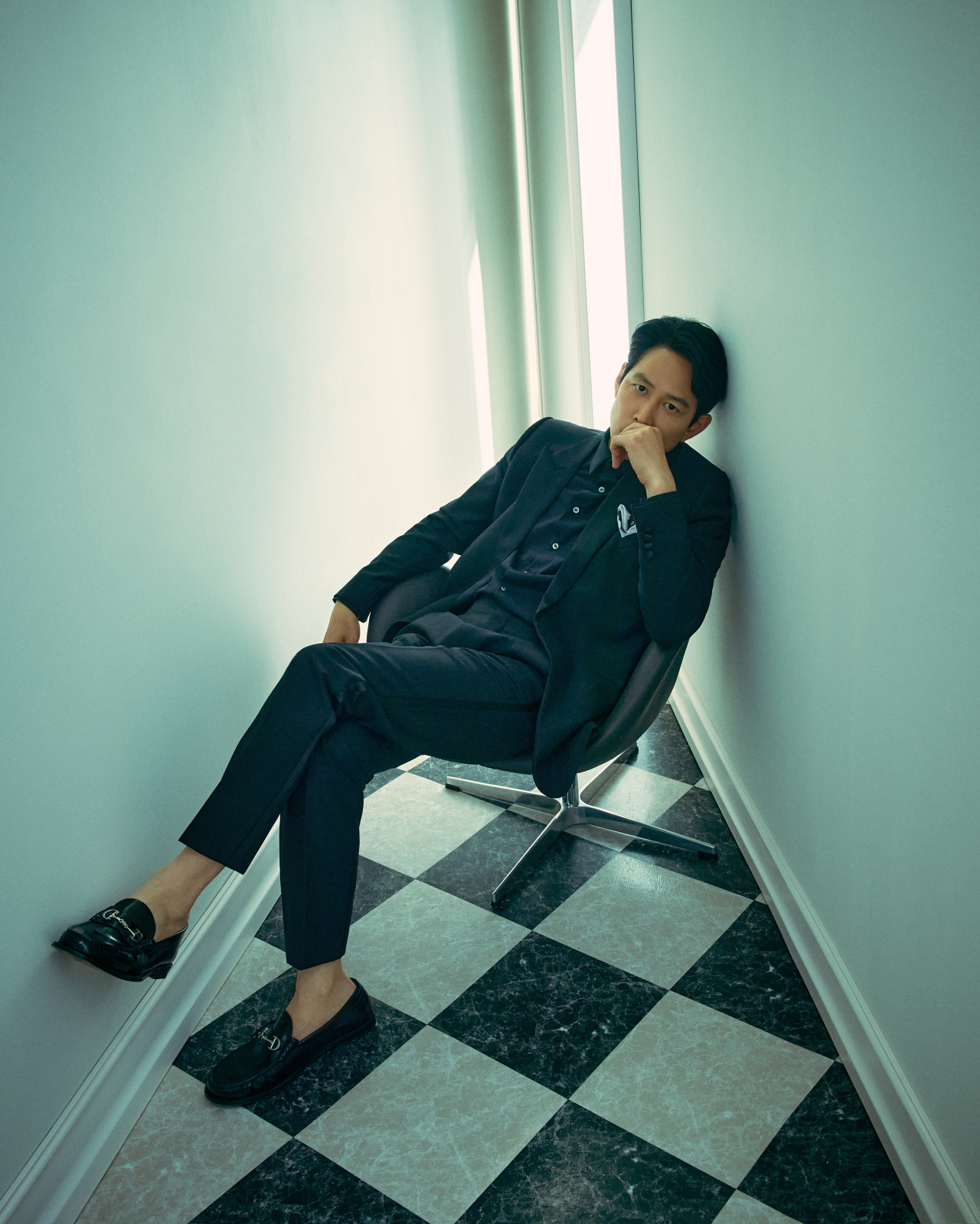 Actor Lee Jung-jae (Netflix)
During the interview, the veteran actor also shared his plans to meet with global audiences again.

“I am not sure if I can work in Hollywood or overseas entertainment business with my insufficient English skills, so I cannot say anything for certain at this moment. But I hope to meet the international fans with the works that I am currently shooting,” he said.

Lee added that he is willing to perform in possible “Squid Game Season 2,” if the director needs him.

The nine-part thriller is creating a worldwide sensation by topping the global Netflix chart since its release on Sept. 17.