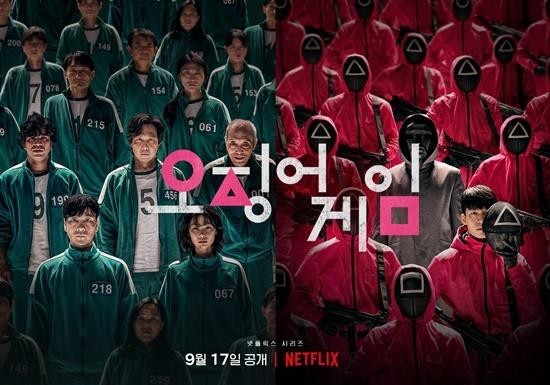 "Squid Game will definitely be our biggest non-English language show in the world, for sure," Ted Sarandos, co-CEO of Netflix, said Monday (US time) during Code 2021, an annual technology conference hosted in Beverly Hills, California, by American media company Vox Media.

"It's only been out for nine days, and it's a very good chance it's going to be our biggest show ever. It's enormously popular," he added.

He noted that "Squid Game" is blowing past all of Netflix's previous non-English language hits, including the Spanish crime thriller "Money Heist" (La Casa de Papel) and the French mystery series "Lupin."

The nine-part thriller, written and directed by Hwang Dong-hyuk, revolves around a group of people taking part in a series of deadly games to win 45.6 billion won ($38.6 million) in prize money.

Just a few days after its official release on Sept. 17, it entered the top 10 on the world's popular Netflix TV show rankings offered by streaming analytics firm FlixPatrol. It has remained on the top of the chart for about 10 days.

Also, it became the first South Korean show to hit No. 1 on Netflix's top 10 TV show list in the United States. (Yonhap)