The spirit of the ASEAN Korea Center is in cooperation and mutual support, say officials selected from four among the 10-member Association of Southeast Asian Nations -- Brunei, Laos, Malaysia and the Philippines -- who are working at the South Korea-based center on a three-year term.

Ahead of ASEAN Week, an annual week of events to promote the association, The Korea Herald interviewed four officials representing their nations at the ASEAN Korea Center. 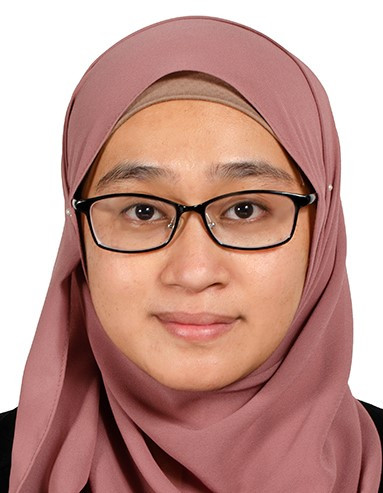 Majid: Brunei would gain from ASEAN Korea Center membership and offer new perspective for Brunei and for ASEAN with its dialogue partners. Korea’s response to COVID-19 provided reassurance on pursuing experiences in a new normal.

KH: What was the most impressive project you took part in after joining the center in March, as well as plans for this year?

Majid: I am happy to be able to be a part of the flagship project under information and data unit to conduct regionwide surveys of youths in ASEAN and in Korea to collect data and better understand awareness and mutual perceptions of each other. The project was launched in early August, surveying 3,500 youths, both in respective ASEAN countries and Korea and its findings presented at the end of this year will provide new preliminary insights on enhancing the relationship between ASEAN and Korea.

The survey would help to meet the future economic and sociocultural needs of the ASEAN-Korean community, promote AKC (the ASEAN-Korea Center) and the issues mutually important to ASEAN and Korea.

ASEAN-Korea Essay Contest for university students from ASEAN and Korea to research and learn about ASEAN-Korea matters and ASEAN Week to be held in October by AKC, information and data unit will run youth career mentorship program for ASEAN youths interested to seek and develop their careers in Korea.


KH: How well do you think the Korean public know about the ASEAN bloc and your own countries? And what can be further done to promote better public understanding of Southeast Asian countries?

Majid: Awareness of Brunei is probably the most limited among the other ASEAN countries. Being such a small country, culture and attractions of Brunei are very friendly and peaceful. Being a Muslim monarchy country with calming nature attractions and tasty foods, it is certainly rich in history and traditions. There is definitely much more that can be done to create more awareness and appreciation, not just for Brunei but also for ASEAN as a regional community.

Furthermore, as important as it is to make Koreans understand and appreciate ASEAN, I think it is also equally important to make ASEAN people understand more about Korean culture and issues beyond K-pop and beauty products.

KH: What do you hope to achieve during your three years at the ASEAN-Korea Center?

Majid: As a woman myself, I am very much supportive of empowering more women to be involved in technology not just as a consumer, but also as a game-changer in the industry.

In Brunei itself, more and more women are coming to the forefront to bring in new innovative ideas and become entrepreneurs. Every little bit and everyone count in the effort to make the country and the world a better place.

With that, I strongly believe that exposure and support for innovative thinking through science and technology especially should certainly be encouraged even from a young age, not just for females but in fact for everyone. The center has also in previous years supported such efforts through the Youth Innovation Forum collaborating working with esteemed partners like ASEAN Foundation and the Korean Science & Technology Policy Institute. 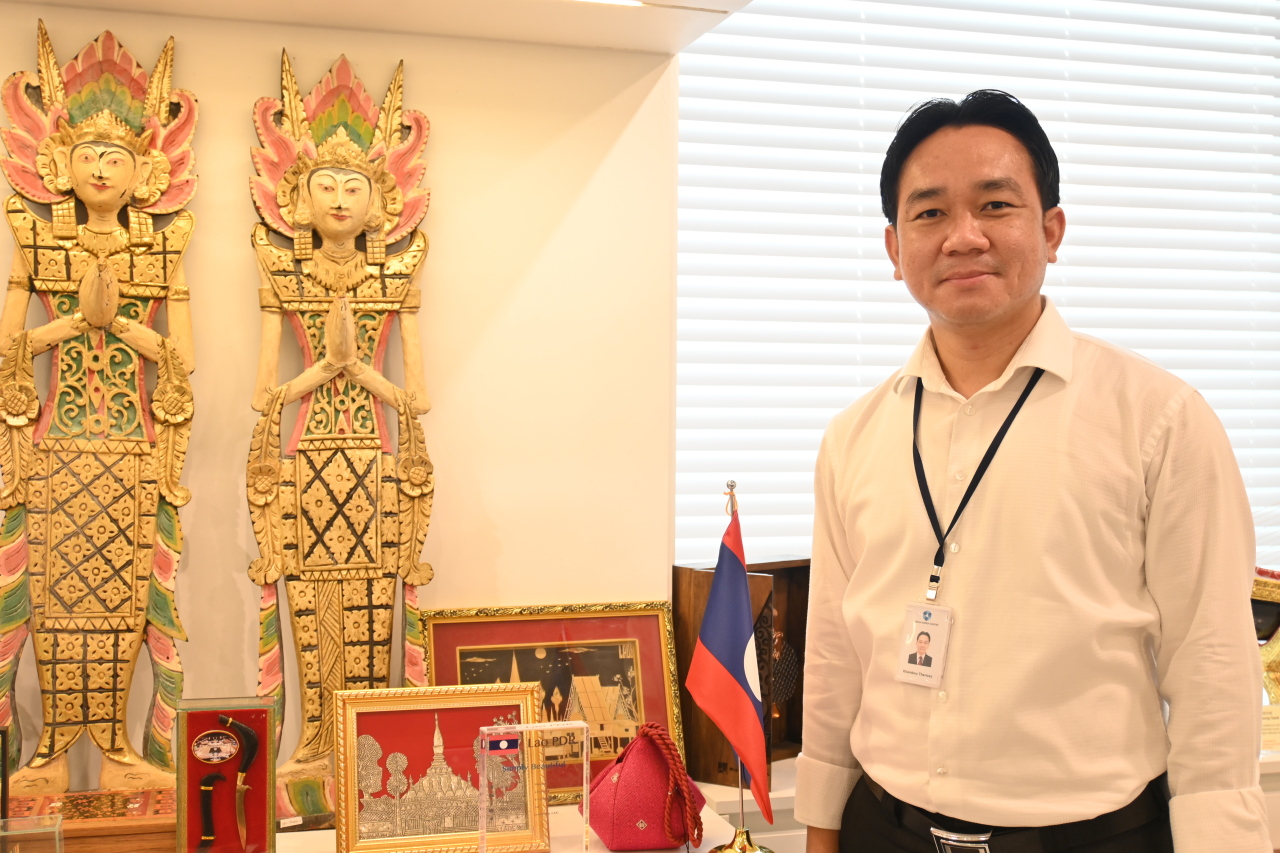 Thavixay: AKC has diverse units to strengthen professional skills and cooperation in new environments to collaborate, plan effectively and ensure visible interest of the AKC and ASEAN.


KH: What are the most important roles of the ASEAN-Korea Center in strengthening the partnership between ASEAN and Korea?

Thavixay: AKC coordinates with the China, Japan centers two times through regular meetings of the executive board in a year, and ensures implementation of programs. Koreans know about ASEAN countries through media, leaders, official visits and restaurants, and a number of direct visits to ASEAN countries.

KH: How well do you think the Korean public know about Southeast Asia and your own country, and what can be done to promote better understanding?

Thavixay: Countries such as Laos and Brunei among ASEAN members are lesser known. ASEAN Summit Korea contributed in creating awareness and dialogue.

Physical and social features of ASEAN countries are different. Eco and heritage tourism would enable people to understand Laos in much more depth. 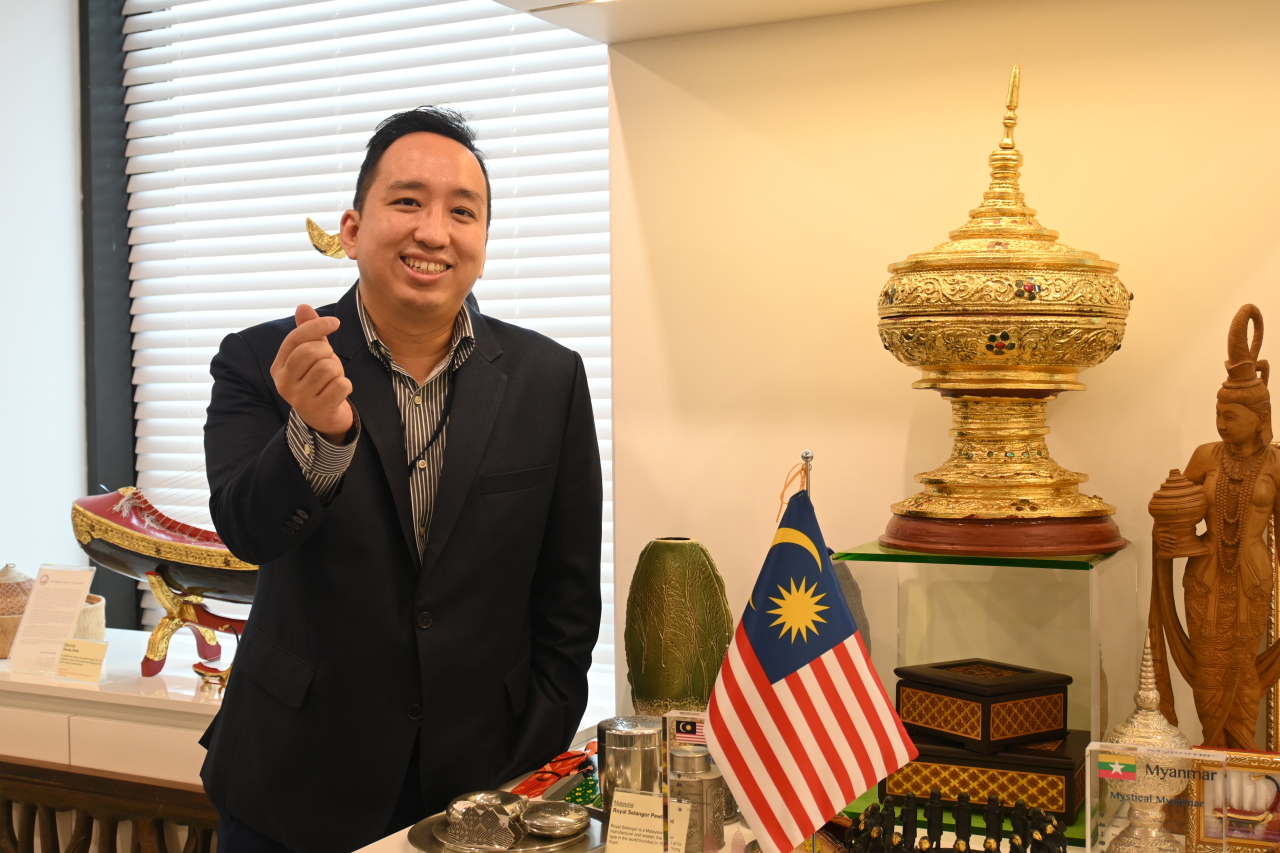 
KH: What do you hope to achieve during your three-year secondment period at the AKC?

Ngooi: Our backgrounds are different, but goals are common. Collaborative approach for tourism, planning for effective programs is responsibility for AKC, ASEAN and Korea. To promote investment in Malaysia and ASEAN, I propose automotive sector, e-mobility-related electric car, e-commerce platforms, “fourth industrial revolution” as new elements to be added for the investment sector. Through digital ecosystem, we can learn from Korea and bring the technology to ASEAN.

Based on background experiences of promoting investment, I would like to expand the horizons of Korean investors to invest in Malaysia and ASEAN, providing assistance in trade and investment. AKC would act as a gateway for opening new opportunities in trade sector.


KH: What was the most impressive project you took part in after joining the ASEAN-Korea Center in March?

Ngooi:  As part of the free trade investment chapter (the center) implemented only two major projects due to pandemic and raised social distancing level. First among the two is Nextrise -- a global startup program designed to connect top-notch players in the global startup ecosystem that expects to connect 10,000 participants, network with Global MNCs (multinational corporations), VCs (venture capital firms), accelerators and startups from all around the world.

Nextrise investment program has promoted 23 ASEAN startups and displayed tax incentives and promotions along with a presentation from the AKC secretary, prime minister and attendance of more than 100 participants/visitors to booths and implementing this project in Korea.

The second project is a survey to receive feedback for enhancement to invite ASEAN startups to present proposals, meet venture capital, present business models and facilitate trade between ASEAN and Korea.


KH: With the new wave of the pandemic hitting Southeast Asia and Korea, how has the center adapted to the situation?

Ngooi: ASEAN counterparts would be invited to Korea in post-COVID but this time prerecorded presentations will be conducted and participants can raise online questions to minimize technical glitches and retain the business momentum. Korea was a top market for ASEAN countries as a tourist destination for Korean travelers but due to pandemic, people-to-people contact has been greatly affected. We hope activated interaction in post-COVID. 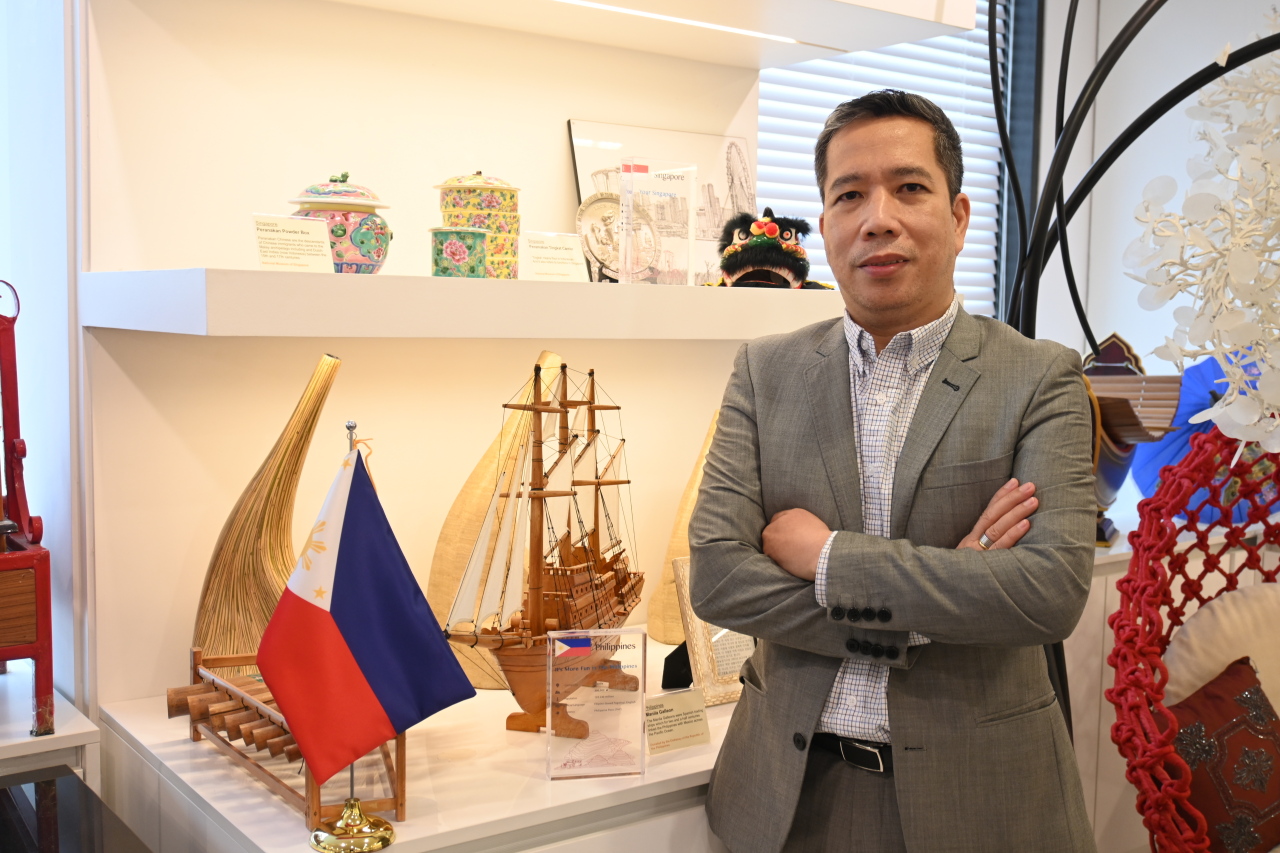 Macatuno: We joined AKC to represent the national governments of Laos, Brunei, Philippines and Malaysia based on expertise. One mission, one goal is mandated by the ASEAN-Korean Center aligning tourism, cooperation to promote ASEAN as a single destination, single government agency, marketing, planning, policy and administration.


KH: How well do you think the Korean public know about Southeast Asia and your own country? And what can be further done to promote better public understanding?

Macatuno: More than 90,000 Koreans live in the Philippines and reciprocally number of Filipinos among ASEAN countries is third largest in Korea that shows collaboration and awareness, however other countries like Brunei and Laos still need to achieve awareness.


KH: As part of public diplomacy what are current challenges between the ASEAN bloc and Korea in enhancing cultural, people-to-people ties and community building?

Macatuno: K-pop has been welcomed worldwide but other Korean elements are also existent in Korea to be introduced such as intellectual history, regional cultures and modernity of Korea.

Language is also central to achieve general perception among the public. Like the Korean language, ASEAN languages would be an important bridge to connect, enhance mutual recognition and direct understanding. For community building, language exchange between ASEAN and Korea, developing Korean studies and more scholarships would be helpful. Koreans should also study ASEAN studies and vice versa. ASEAN Week, to be hosted in October in coordination with the Korean government, is a signature program that would promote mutual understanding and strengthen people-to-people connectivity between ASEAN and Korea.


KH: With the new wave of the pandemic hitting Southeast Asia and Korea, how has the ASEAN-Korea Center adapted to the situation?

Macatuno: Due to the pandemic, online forms of programs were adopted but in coming months offline events would be planned to boost cultural exchange and enhance people-to-people ties, collecting data within ASEAN countries and Korea, and building partnerships.