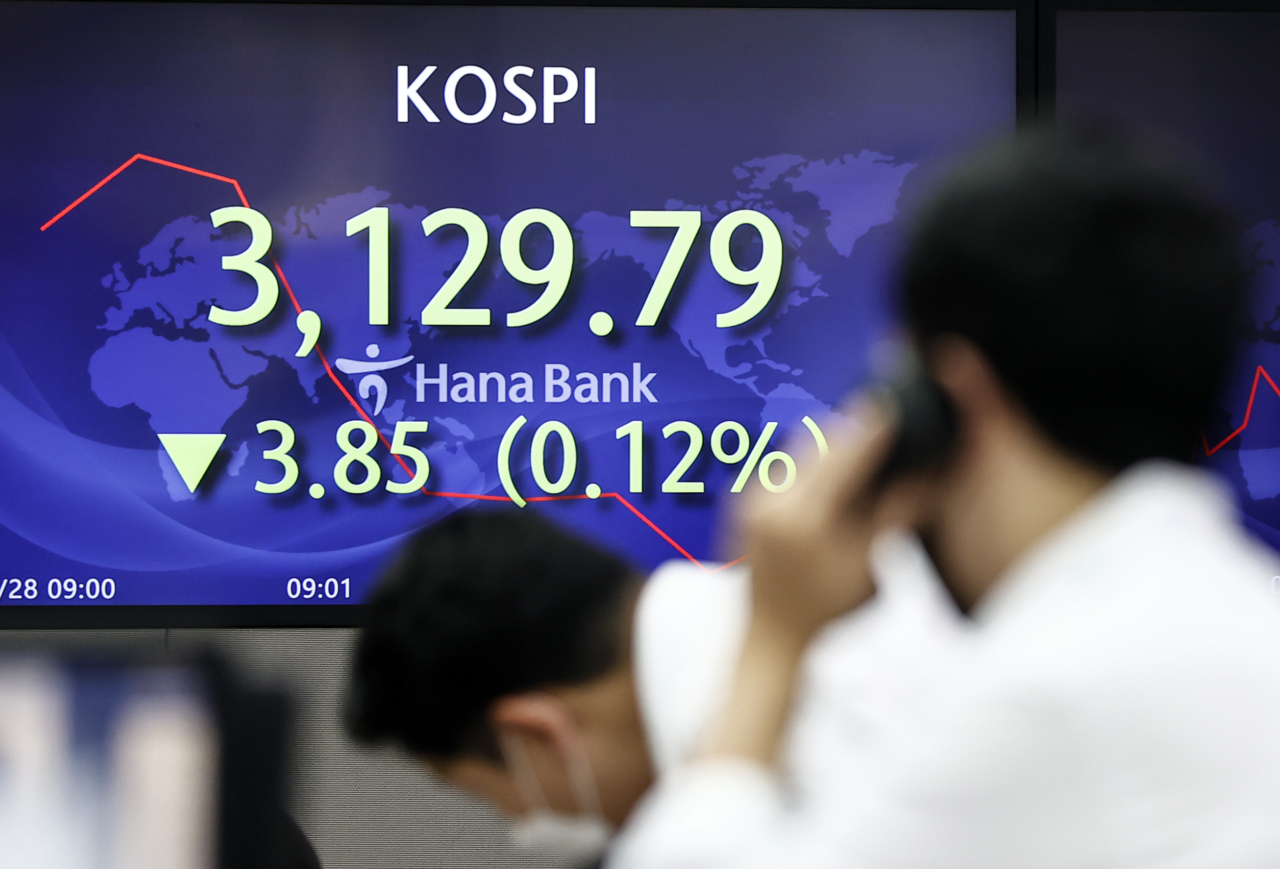 The benchmark Korea Composite Stock Price Index (Kospi) figures are displayed at a dealing room of a local bank in Seoul, Tueesday. (Yonhap)
South Korea's exports are anticipated to rise 15 percent on-year in September on the back of robust demand for chips and automobiles, although the overall growth might slow due to fewer working days in the month, a poll showed Tuesday.

Exports are expected to reach Imports are estimated to have gone up 26.5 percent on-year in September to $49.8 billion, resulting in a trade surplus of $5.3 billion.

In August, South Korea's exports have extended their gains to 10 months by rising 35 percent on-year.

Local stocks got off to a muted start as investor sentiment was also weighed down by a surge in new virus cases after an extended holiday last week.

The local currency was trading at 1,180.7 won against the US dollar, down 3.9 won from the previous session's close. (Yonhap)