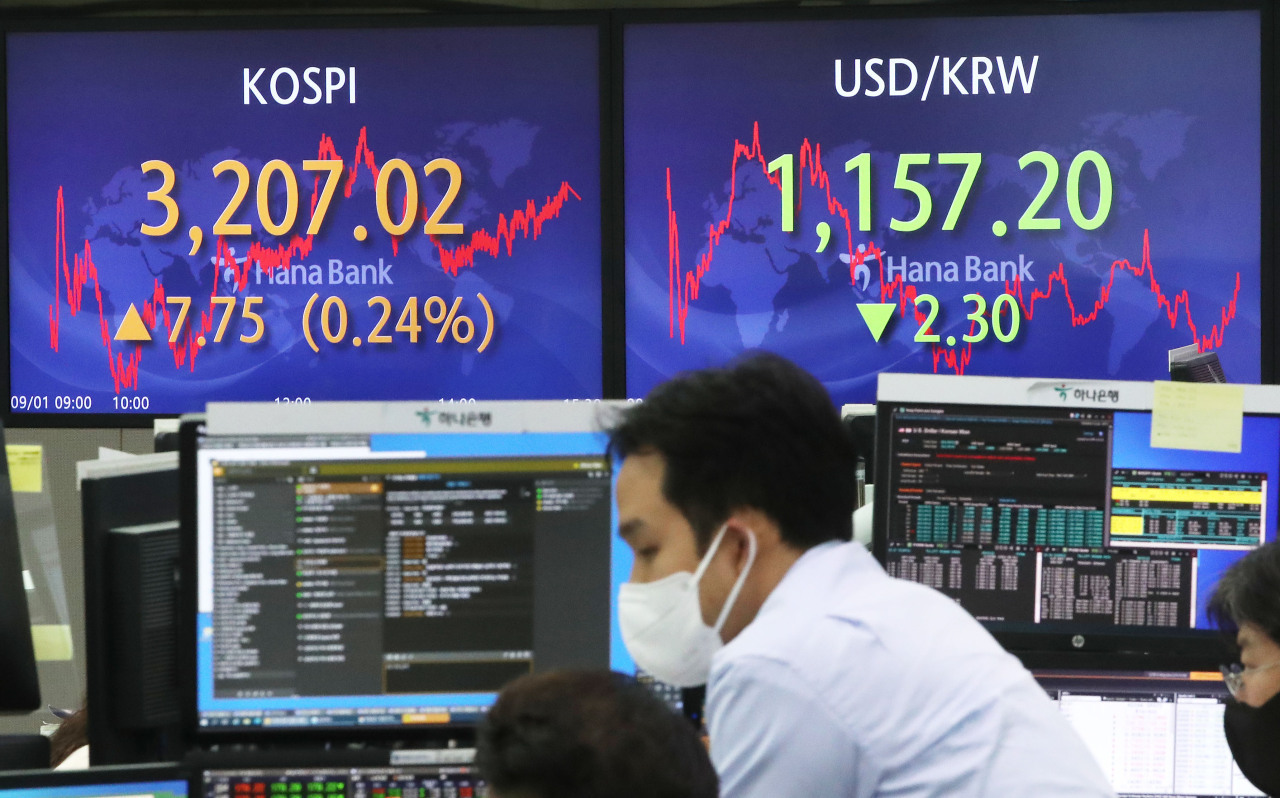 The benchmark Korea Composite Stock Price Index (Kospi) figures are displayed at a dealing room of a local bank in Seoul, Monday. (Yonhap)
South Korean stocks rebounded Monday amid easing concerns about the country's new coronavirus cases and the China Evergrande Group's debt crisis. The Korean won fell against the US dollar.

After a lackluster start, the KOSPI rebounded on the lower-than-expected COVID-19 cases Monday.

Foreigners purchased stocks as South Korea's daily COVID-19 cases receded to slightly under 2,400 Monday from a record high of 3,273 on Saturday.

Investors were monitoring the risks from the massive $310 billion debt of giant Chinese property developer Evergrande that caused high volatility in the Asian markets last week.

"In contrast to the losses in China, the KOSPI showed a relatively steady performance -- investors seem to have realized that the ripples from the (Evergrande) risk may not be as destructive," Daeshin Securities analyst Lee Kyung-min said.

The US Federal Reserve's chief is set to testify at a Senate hearing Tuesday (US time).

The local currency closed at 1,176.8 won against the US dollar, down 0.3 won from the previous session's close. (Yonhap)