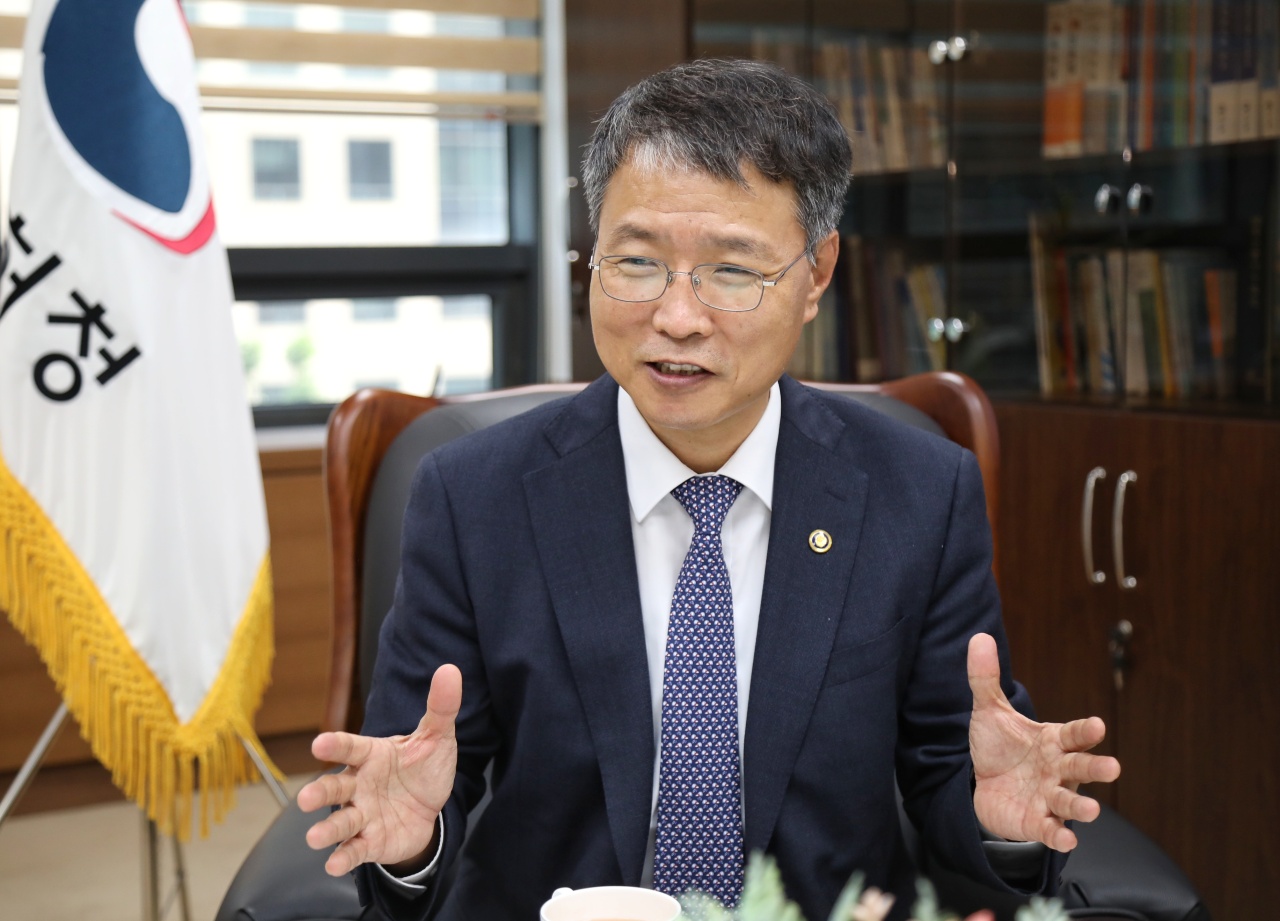 As for South Korea, the country should work on improving research and development productivity, and also utilize big data analytics for patent protection, Kim Yong-rae, commissioner of the Korean Intellectual Property Office, said in an interview with The Korea Herald.

“It is important to have a thorough understanding of what areas of technology will be in the center of the global competition, and know how we are doing in those fields, to survive,” said Kim, who took office in September last year.

During his first year in office, the commissioner has sought to strengthen the system to foster and protect intellectual properties in key industries for the country, including semiconductors and artificial intelligence, he said.

The number of domestic applications for intellectual properties, including trademarks, are also steadily rising. The KIPO expects the tally to surpass 60,000 this year, which would mark a 3.6 percent increase on-year.

But a high number of patent applications does not necessarily lead to tangible outputs, and it is crucial for South Korea to overcome the low R&D productivity to gain competitiveness in the global market, Kim said.

“To grow into an advanced country in terms of intellectual properties, we should establish a virtuous circulation where R&D leads to commercialization, and that leads to investment for new R&D projects,” Kim said.

To help companies come up with feasible and good patents, the commissioner said KIPO has expanded its support programs to offer both financial aid and consultations in patent licensing.

For small and mid-sized companies to successfully commercialize their patented technologies, KIPO has also increased the funds to 4.1 billion won ($3.49 million) to support 89 companies this year, from 3.9 billion won for 51 companies in 2020.

KIPO said it is has chosen 12 R&D topics to focus on this year, ranging from semiconductors, hydrogen to eco-friendly vehicles, added to last year’s list of five items, which includes renewable energy and self-driving technology.

The IP office is leading the governmental effort to come up with long-term plans to prevent leakage of technology and business secrets, Kim said.

According to Kim, a committee consisting of 30 experts from different fields of academia and industry that was established in April, is currently discussing measures to prevent such leaks, and for fair competition.

The committee is expected to come up with a draft plan by October, and the IP office will work on the implementation scheme next year, Kim added.

In the wake of the COVID-19 pandemic, the patent barriers that domestic pharmaceutical companies face against global industry giants came to be a major obstacle, even leading to sales suspensions or lawsuits.

For these companies, utilizing big data from the R&D stages of product development can provide guidance in successful patent creation and avoid possible conflicts, Kim said.

In April, the KIPO established a committee to help domestic firms developing COVID-19 vaccines and treatments with patent licensing, providing consultations to 19 companies in 2020, and to 11 firms, this year.

On whether an artificially intelligent machine should be granted the right to patent its own inventions, the Korean patent agency has established a consultative group of experts to review the issue, Kim said.

The idea of giving machines the legal status of an inventor has come to the fore, as courts in the US and the United Kingdom ruled against patent applications that sought to register an AI system as the inventor.

Kim noted how KIPO, in the past two years, has been leading the New Emerging Technology/AI task force created among the IP5 patent families, a consultative group of the five largest IP offices, which represents South Korea, Europe, Japan, the US and China, respectively.

In June, the task force was able to come up with a cooperative road map to raise uniformity in the screening system, and for protection of AI-created inventions, the commissioner added.