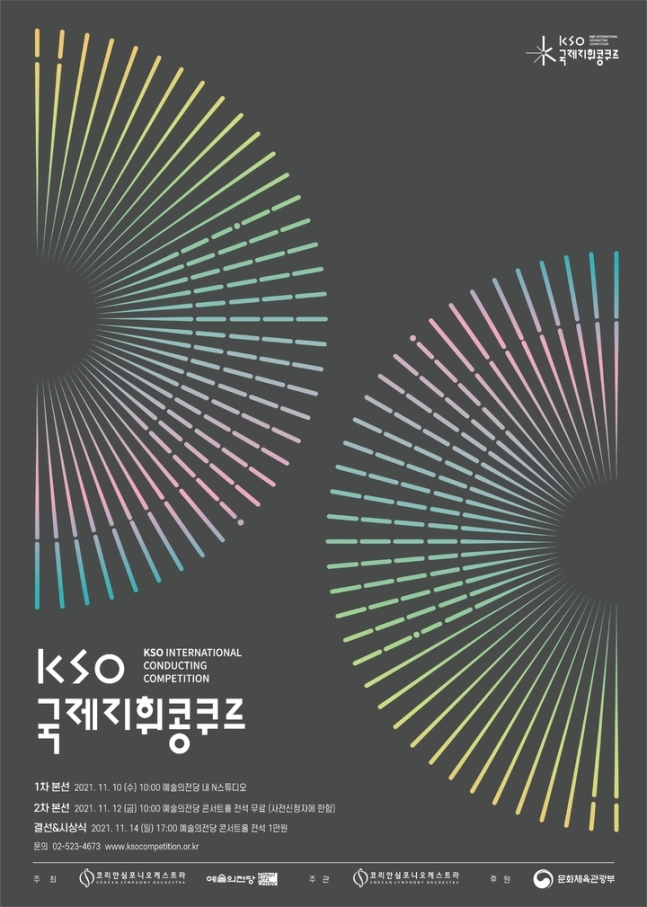 The competition, launched this year by the Korean Symphony Orchestra and the Seoul Arts Center, to find and support young conductors across the world, has rounded up the 12 finalists. The final rounds are slated to be held from Nov. 10 to 14 at the Seoul Arts Center in southern Seoul.

Some 166 contenders from 42 countries applied for the competition, and 12 finalists from six countries made the cut, according to the organizers.

The finals consist of two rounds, and the finalists will perform a wide range of repertoires, including works by Dvorak, Sibelius to Debussy, and contemporary music written by Texu Kim.

All performances will be livestreamed through the Korean Symphony Orchestra’s YouTube channel. Some will also be shared through Naver TV and Naver’s V Live.