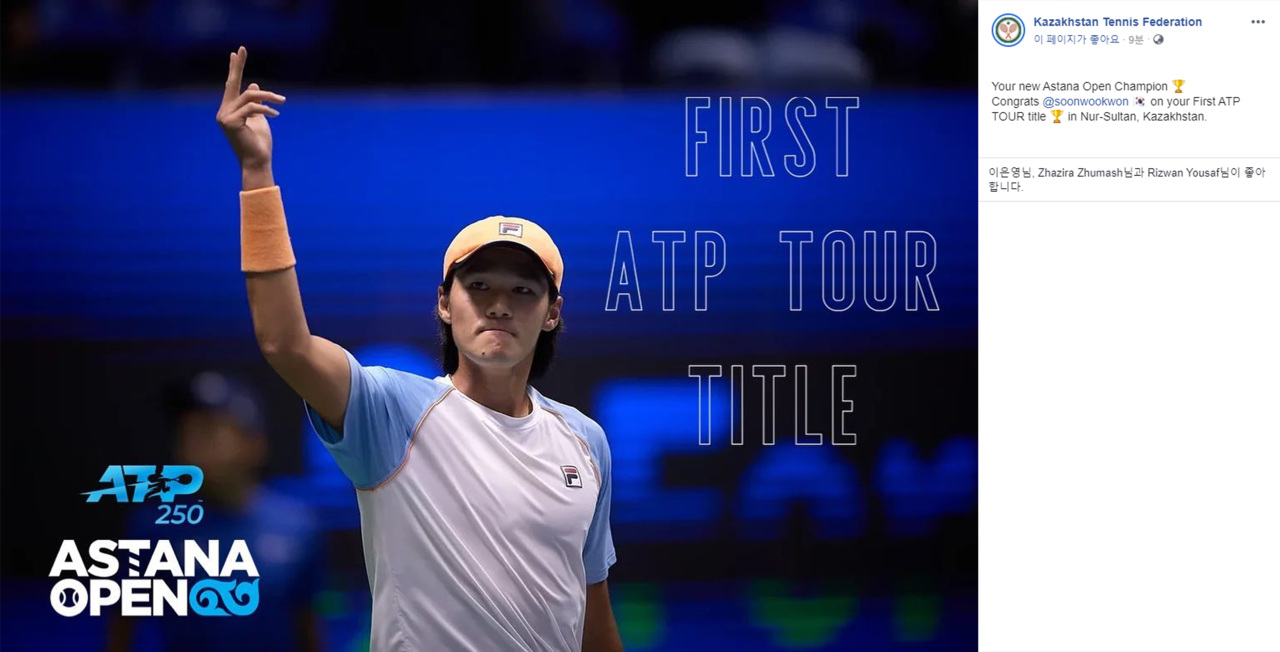 Kwon Soon-woo claimed his maiden ATP Tour title at the Astana Open on Sunday, becoming the first South Korean champion on the world's top tennis circuit in more than 18 years.

The last Korean to take an ATP title is the retired Lee Hyung-taik from January 2003. Kwon and Lee are now the only two South Koreans to win a regular ATP Tour event.

"I am just really, really happy to win today. It was a tough match today against James," Kwon said afterward. "He served really well and played very well, and I tried to focus on every single point."

Chung Hyeon, one-time Australian Open semifinalist, won the Next Generation ATP Finals in November 2017. But the exhibition event was only open to players 21 or younger and didn't count as an official ATP victory for Chung.

Kwon took the first set in a tiebreak, with neither player able to break the other. He went down 6-3, one point away from dropping the set. But he reeled off five straight points to stun Duckworth and take the lead.

Duckworth broke Kwon to open the second set but Kwon battled back, breaking the Australian twice en route to building a 4-2 lead.

Kwon then held his serve to move within one game of winning the match. Duckworth stayed alive, holding his serve after deuce, but Kwon finished him off in the next game.

Earlier this season, Kwon made a run to the semifinals at Eastbourne International in Eastbourne, England, in June and reached the quarterfinals twice: at the Singapore Open in Singapore in February and Andalucia Open in Spain in April.

With this victory, Kwon is expected to crack the top 60 in the next world rankings. His career high is No. 69 from March 2020. (Yonhap)