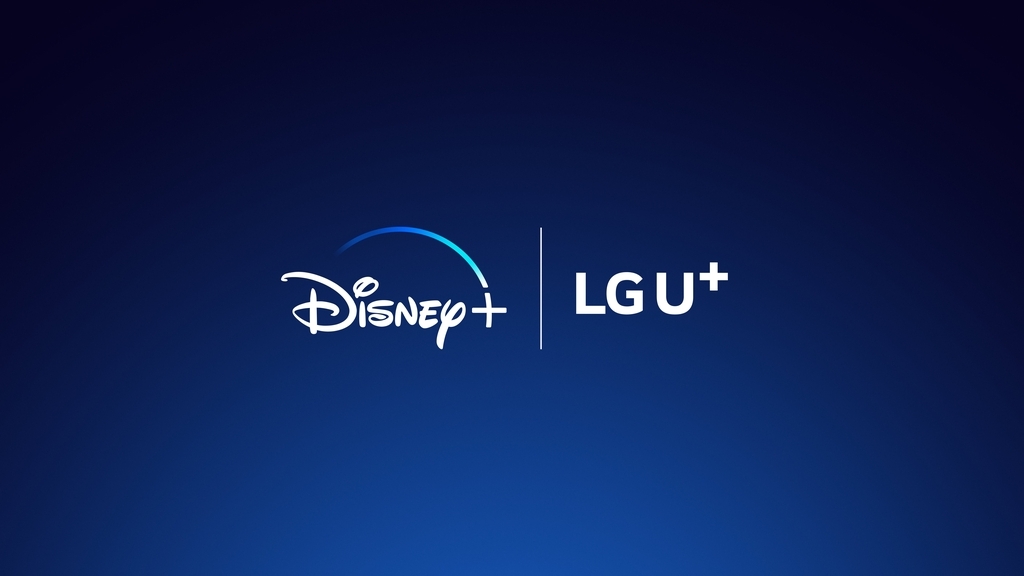 This image provided by LG Uplus Corp. on Sept. 26, 2021, shows the logos of Disney+ and the company. (Yonhap)
LG Uplus Corp., a major South Korean mobile carrier, said Sunday it will offer Disney+ through its internet protocol television (IPTV) platform as the flagship streaming service from US media giant Walt Disney Co. is set to launch in the country in November.

The carrier said it has signed a deal with Walt Disney Company Korea so that Disney+ will be accessible from its U+tv platform, strengthening competitiveness against rivals KT Corp. and SK Telecom Co.

LG Uplus already bundles Netflix with its IPTV service, and the company said it will unveil new service plans with Disney+ on Nov. 12, when the streaming service makes its debut in the country.

The deal also allows its 4G LTE and 5G network mobile users easier access to Disney+, although specifics of the service are currently in the works, according to a company spokesperson.

The partnership between LG Uplus and Disney is expected to expand accessibility for the highly anticipated streaming service in South Korea and heat up the competition between streaming platforms, currently dominated by Netflix.

As of June, Netflix had 7.9 million monthly active users in the country, while Wavve, a homegrown streaming platform run by major broadcasters KBS, MBC and SBS, as well as mobile carrier SK Telecom, had 3.9 million users, according to data from market tracker Nielsen Koreanclick. (Yonhap)