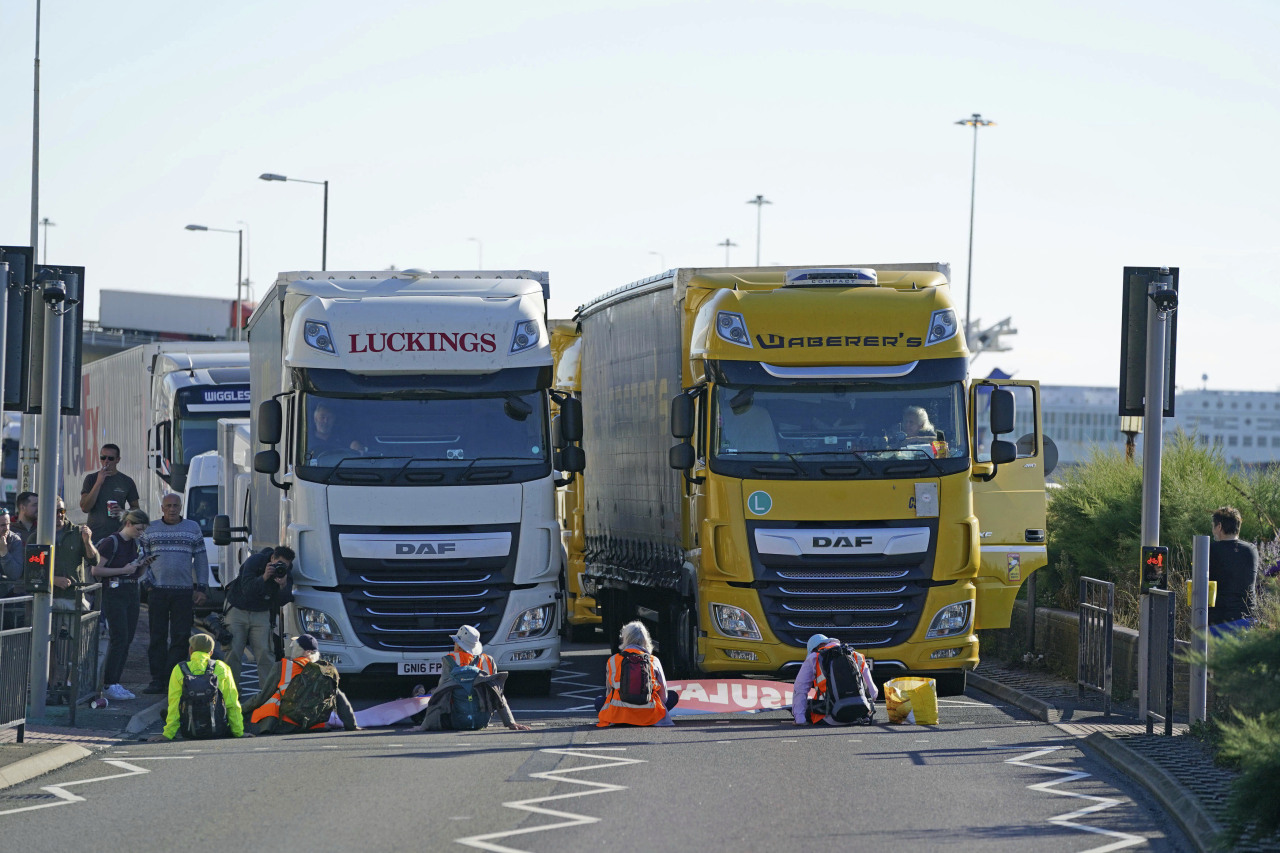 Protesters from Insulate Britain block the A20 which provides access to the Port of Dover, in Kent, England, on Friday. (AP-Yonhap)
LONDON (AP) -- Climate protesters blocked the entrance to Britain's busiest ferry port on Friday to highlight the climate crisis and fuel poverty in the UK.

Vehicles were stuck in queues as more than 40 protesters from the climate group Insulate Britain blocked the main road into the English Channel port. The Port of Dover is Europe's busiest ferry port and handles 17 percent of the UK's trade in goods.

"Port of Dover confirms protesters are currently blocking the entrance to the port," the operators said in a statement. "Please allow extra time for your journey and check with your ferry operator for updates. The port remains open."

Police said they had arrested 17 people.

The protest group, which blocked London's orbital M25 highway on five days this month, apologized for the disruption but said it was "the only way to keep the issue of insulation on the agenda and to draw attention to how poorly insulated homes are causing ill health, misery and early death for many thousands of people."

The group, an offshoot of Extinction Rebellion, has called for better insulation of UK homes in order to cut emissions and energy costs. Britain, like other European countries, is facing a spike in natural gas prices that is likely to see home heating prices soar as the UK heads into winter.

The British government has a court injunction against the highway protesters, meaning the group's members could be jailed if they block the M25 again.

The Dover blockade comes amid disruption to supplies across the UK due largely to a shortage of truck drivers. Supermarkets have reported a shortage of some goods, and a handful of gas stations have closed. The UK government has urged people not to panic buy.

Environmental activists, many of them students taking time out from school, staged rallies around the world on Friday to call for tougher action on climate change.