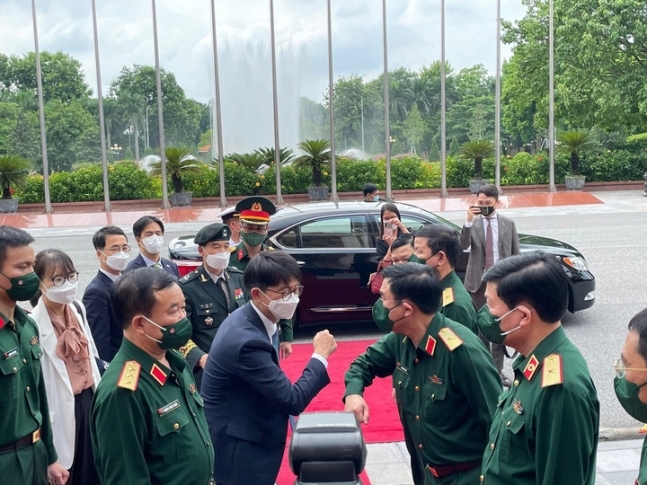 "The two sides agreed to boost cooperation in the fields of maritime security and defense education and trainings, as well as exchanges of senior-level officials. They also vowed to continue efforts for stronger cooperation in the arms industry," the ministry said in a release.

Launched in 2012, the bilateral defense dialogue has been held on an annual basis to discuss pending defense issues of mutual concern and ways to deepen the two countries' relationship, according to the ministry. (Yonhap)