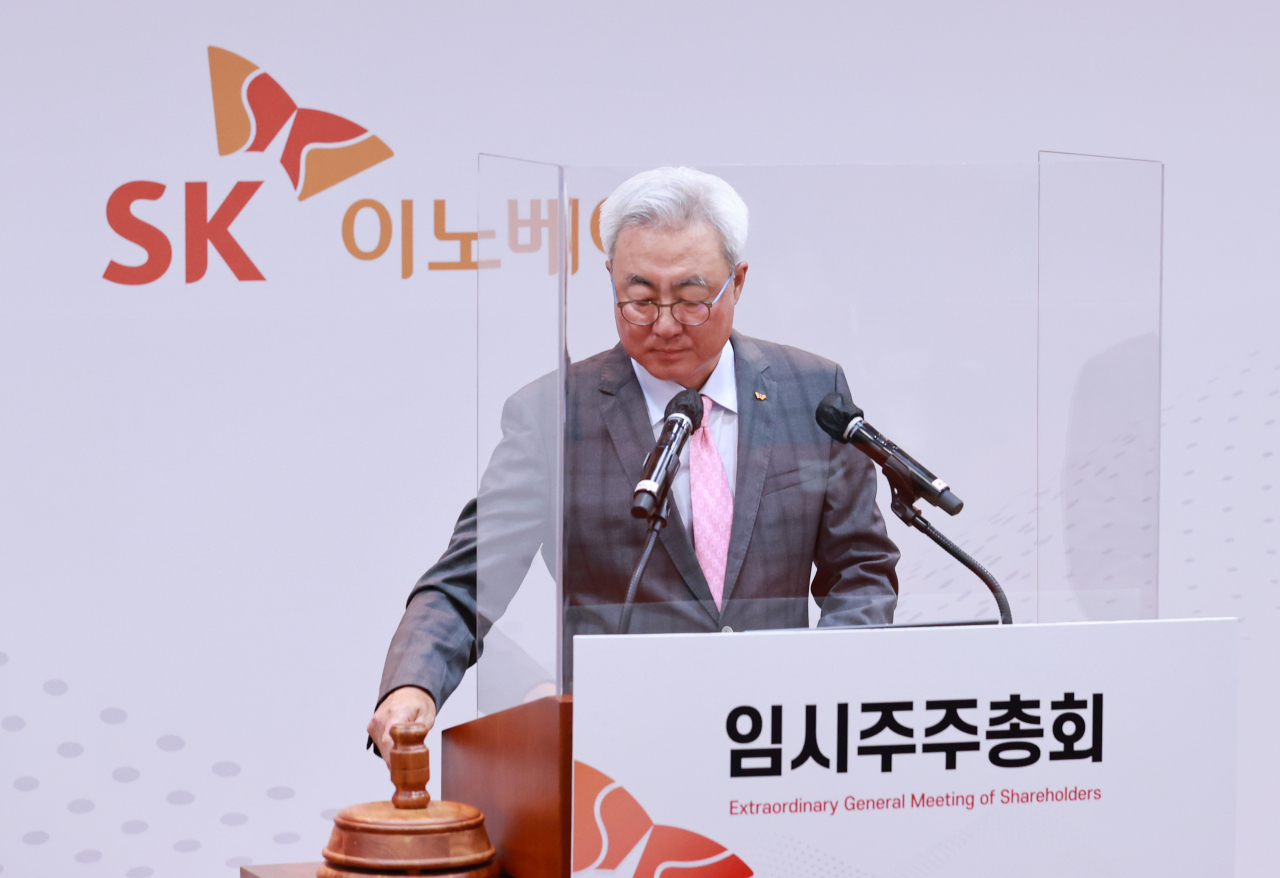 With the endorsement, which was made at a general shareholders’ meeting held earlier in the day, SK Innovation, a refinery-to-battery subsidiary of South Korea‘s No. 3 conglomerate, will split into two entities, which will be respectively in charge of battery and petrochemical businesses.

The new entities will be officially launched Oct. 1, according to the company.

SK Innovation will serve as a holding firm, which owns a 100 percent stake in both of the entities, it said.

Some 80.2 percent of the shareholders voted in favor of the corporate restructuring plan at an extraordinary general meeting held at SK Seorin Building.

SK Group’s holding firm SK Corp., which holds a 33.4 percent stake in SK Innovation, and other major foreign investors and institutions, which holds more than 26 percent of shares, appear to have supported the plan.

The state-run National Pension Service, its second-largest shareholder with an 8.1 percent share, however, voted against the restructuring, arguing that the split undermines the shareholder value of SK Innovation.

The company explains that the battery unit split-off plan is part of its long-term scheme aimed at expanding the battery business to take the lead in the global electric vehicle market.

SK Innovation, which supplies battery cells to global electric vehicle makers, plans to expand its annual battery production capacity in line with the rapid growth of the EV market.

Under the expansion plan, SK Innovation’s operating profit will turn a profit, starting 2022, and continue to improve down the road, the company said.

Meanwhile, Jee Dong-seob, the head of SK Innovation’s Battery Business, and Myoung Sung, the head of E&P Business at SK Innovation, are mentioned as candidates to take the CEO positions at the two new entities.