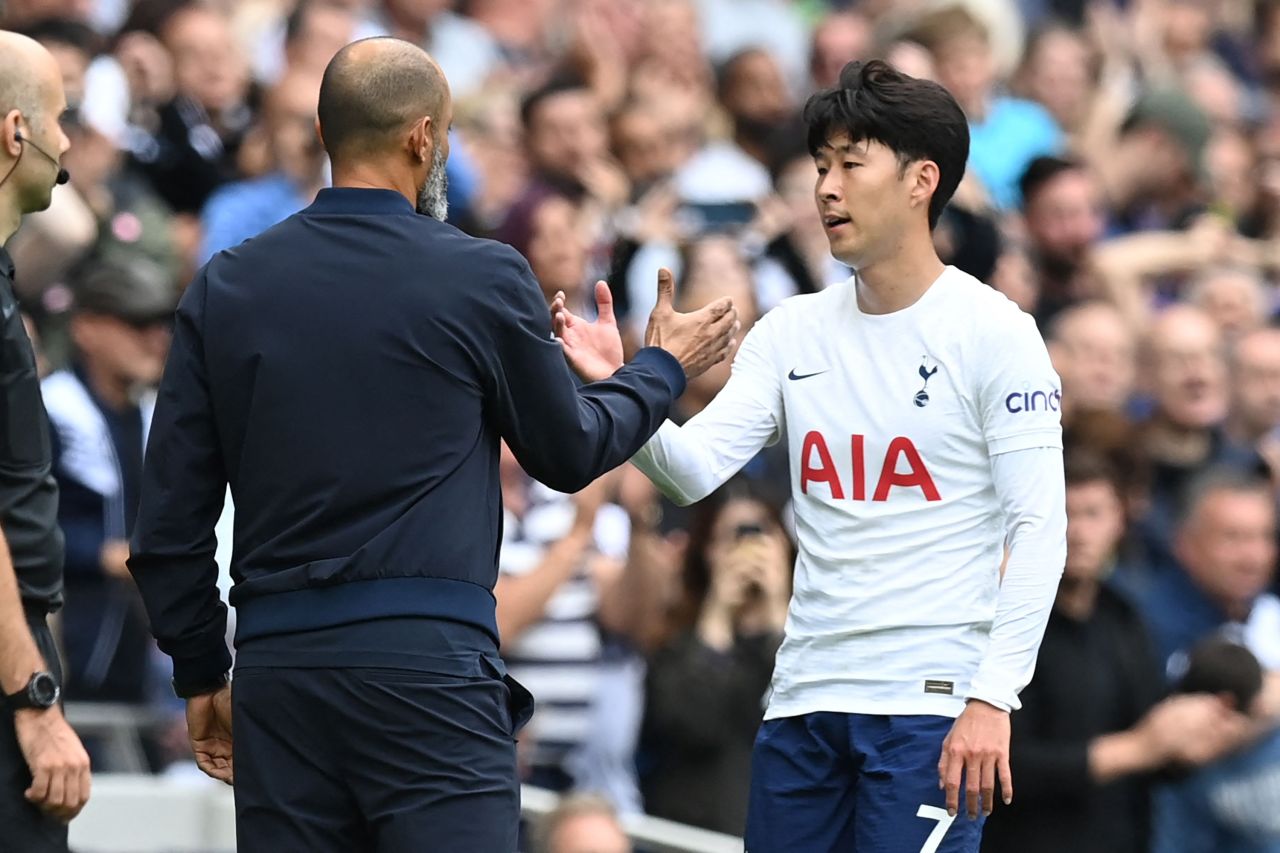 Son was one of three Tottenham players missing in action, joined on the sidelines by Eric Dier and Ryan Sessegnon.

On whether the trio will be available for a Premier League match against Chelsea on Sunday, the coach said, "I cannot say. They are improving, day by day they are better."

Son was called up to the South Korean national team earlier this month for a pair of World Cup qualifying matches. He played the full 90 minutes against Iraq on Sept. 2 but missed the next match against Lebanon on Sept. 7 with what officials said was a strained right calf.

Son sat out the league match against Crystal Palace last weekend. Tottenham dropped that match 3-0 for their first loss of the season following three consecutive victories. Son has scored twice in his three league appearances. (Yonhap)