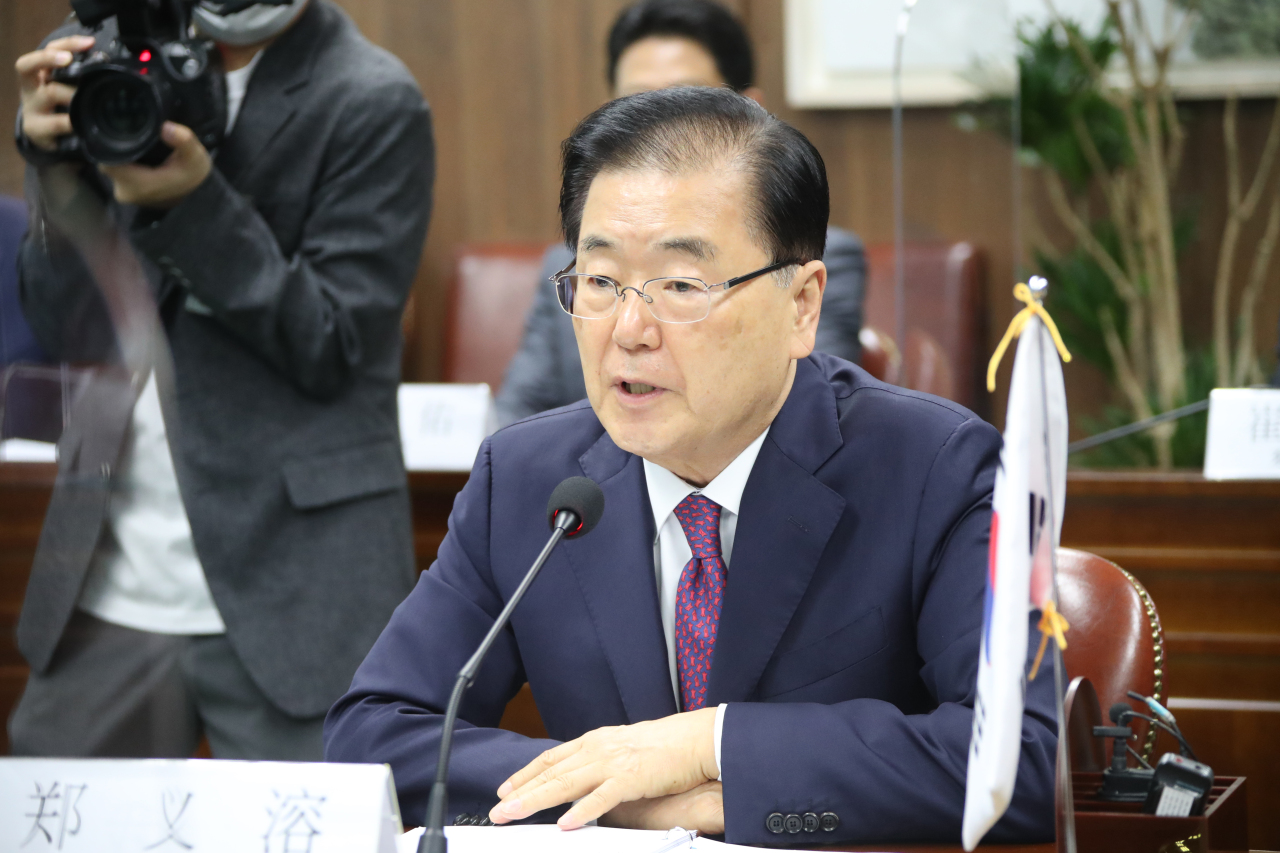 During the talks, the ministers welcomed that the two countries have been expanding cooperation into key global issues, like climate change and health security, and agreed to make efforts to boost the cooperation through high-level exchanges.

The two discussed the U.N. Climate Change Conference (COP26), a multilateral conference on climate change that Britain is due to host later this year.

Chung told Raab that Korea will actively cooperate to strengthen climate action of each country and help unite the will of international community for joint responses to climate change.

They also exchanged opinions on the current situations on the Korean Peninsula and in Afghanistan, the ministry added.  (Yonhap)